His Life Was The Method

A struggling actor makes his debut in Bollywood 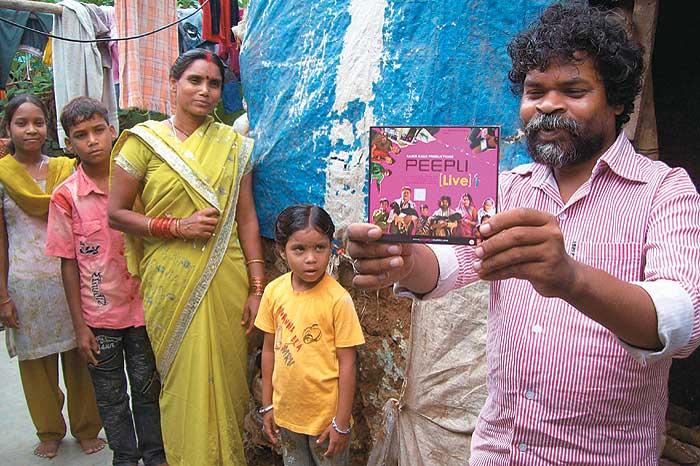 There’s a disarming honesty with which the 40-year-old debutant, Omkar Das Manikpuri, tells you about the difficult times he has been through. Just like the lead character, Natha, he plays in Peepli [Live]. The small house in Ward No. 20 of Bhilai’s Brindanagar is itself a giveaway, with unkempt tiled roof and mud walls chipping away ceaselessly. And just like Natha’s house in the film, there are seven members here: Omkar, his wife, three kids, his mother and brother. Omkar comes from a poor family and could only study till class V. Ironically, the person playing his wife Dhaniya in the film, Shalini Vatsa, is an MPhil in political science from JNU.

Omkar used to make ends meet by performing Nacha, the local folk theatre, and by doing odd construction jobs. After getting into Naya Theatre, he got to act in classics like Charandas Chor, Agra Bazaar and Kamdev ka Apna Basant Ritu ka Sapna. “I’ve come this far because of theatre,” he says. He has also been working on Chhattisgarhi folk albums. Peepli promos have done the trick for Omkar. He has landed roles in two Chhattisgarhi films and finds himself being called Natha by perfect strangers. As for his own assessment of his acting, Omkar is cryptic: “I always tend to see flaws in my own work.”