His Hour Of Infamy

Churchill’s hand fed the appallingly dire Bengal famine. He comes off here as the fevered colonial of a caricature. 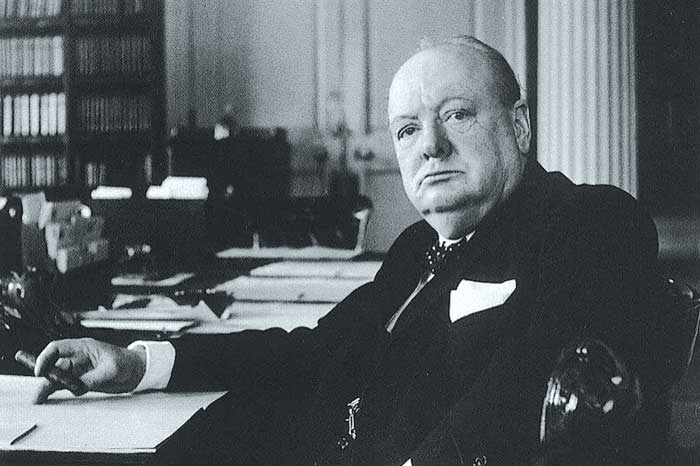 It is an interesting footnote that the death of Winston Churchill in January 1965 was solemnly commemorated throughout the lands that had till recently been part of the British empire. In Calcutta, a city that enjoyed a strange love-hate relationship with the British Raj, The Statesman covered his state funeral in London with a meticulous sensitivity that would have baffled Britons, not least the deceased. The bumptious principal of my school even had a portrait of Churchill put up at a discreet corner near the library.

This posthumous adulation of a man who had waged a determined campaign in the 1930s to prevent limited self-government for India and had once described Mahatma Gandhi as a “half-naked fakir” may seem inexplicable. Yet, it is important to remember that the nationalist mythology of an impoverished mass of Indians rising to boot out arrogant, exploitative colonials in a frenzy of anti-imperialism is a recent creation. The reality was an India that saw British rule in different shades of grey. The enlightened Indian quest for political freedom stemmed only nominally from hate; the seeds of national assertion were contained in the conviction that British rule had become ‘un-British.’

Madhusree Mukherjee’s readable account of the idiosyncratic approach of prime minister Churchill towards India starts on the premise that the 190 years between the battle of Plassey and the transfer of power was a story of exploitation and resistance. The organised pauperisation of Bengal, she asserts, reached its climax during World War II, when a man-made famine led to the deaths of anything between three and five million people in Bengal. This, she argues with passion, was Churchill’s secret holocaust, driven by the same crazy notions of racial superiority that drove Hitler.

As a work of popular history, Mukherjee’s narrative is gripping. Eschewing academic jargon, she weaves an enthralling story that incorporates the British cabinet papers of the period released in 2006, the private papers of the then secretary of state for India Leo Amery and the War Office records.

Mukherjee’s argument is compelling. The unchecked export and the frenzied government procurement of rice, both facets of the war effort, added to the food deficit in Bengal created by the fall of Burma and drove prices sharply upwards. The shortfall could have been made up by imports of wheat from Australia and North America. Unfortunately for Bengal, all attempts to prevent a humanitarian disaster was stymied by the pig-headedness of Churchill, who combined his distaste for Gandhi and “beastly Indians” with a firm determination to utilise all available shipping to keep the home front happy. The British government fudged statistics to maintain high buffer stocks of food at home, thereby denying relief to the starving Bengali peasant. The results were predictably horrifying.

The portrait of Churchill that Mukherjee paints is sharply at odds with the image of the doughty bulldog who inspired an island nation to do the impossible. The Churchill who rants and raves to anyone who dares suggest that India deserved self-government is a man who has lost the ability to engage rationally. India was Churchill’s blind spot and on this issue he refused to grow out of a mindset acquired during the campaigns in Afghanistan and the Boer War. To this empire romantic, any disengagement from India was simply non-negotiable.

The paradox is that Churchill, who saw Britain’s Indian empire as the pinnacle of a golden age, was equally ready to sully the imperial achievement by letting millions of its people die from starvation. This schizoid approach arose from his visceral hatred of all ‘seditious trouble-makers’: Gandhi, the Congress, the Hindus and the Bengalis. To Churchill, they, along with the Germans and the Japanese, were also the enemy.

There is another intriguing feature of India’s unhappy experience with the Churchill government. Why did the bitter after-effects of famine not translate into blind fury against the Raj? Was it because the extent of Churchill’s perfidy was unknown? Was it because famished people didn’t have the physical strength to rebel? Had Gandhi dialled a wrong number in 1942 and muddied the waters? Or was it because the Raj had some inner vitality to overcome a monumental tragedy that, interestingly, never became a pan-Indian issue?