A Shiva shrine on the Thailand-Cambodia border needs help 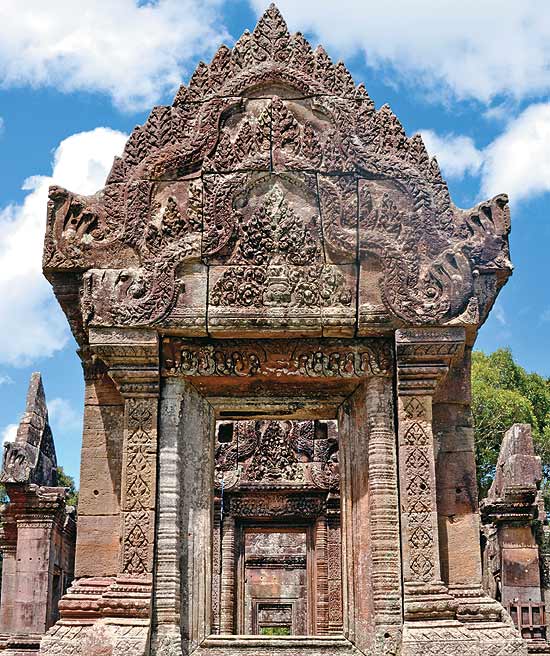 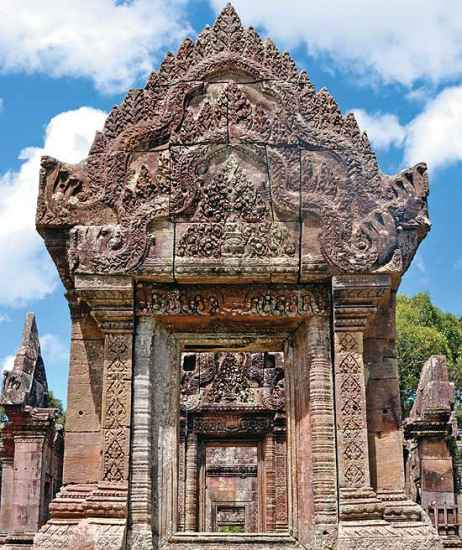 Lovers and protectors of world heritage eveywhere had reason to be happy in seeing Yingluck Shinawatra as the new prime minister of Thailand. Shinawatra, who assumed office last month, is reputed to have a cooler head than predecessor Abhisit Vejjajiva, so an early end can be hoped for to the armed conflict with Cambodia over Preah Vihear, a Shiva temple and a UNESCO World Heritage site, located near the Thailand-Cambodia border.

On July 18, the International Court of Justice (ICJ) had announced the first part of its verdict on the ownership of the 4.6 sq km surrounding the 9th century temple, which is claimed both by Thais and Cambodians. It says a) both parties must immediately withdraw military personnel from the demilitarised zone in the temple’s vicinity and refrain from any armed activity directed at it, and b) Thailand should not obstruct Cambodia’s access to the temple. Although the ICJ had declared in 1962 that the temple belonged to Cambodia, the land around it remained mired in controversy. Under the Vejjajiva regime, Thailand had even “declared war” with Cambodia over the temple. The fighting has claimed 15 soldiers, belonging to both sides. And thousands of villagers have had to flee the area. The temple itself has suffered damage in many parts from the 400-odd mortar shells fired in the conflict. The ICJ had therefore taken up the matter again on a plea from Cambodia. Thailand’s new government, under Shinawatra, has promised to accept and abide by the verdict. The Cambodian prime minister, Hun Sen, and his deputy, Sok An, who raised the issue as national movement, have heaved a sigh of relief.

It was Prince Indrayudha, son of King Jayavarman II, believed to be the founder of the Khmer empire, who began constructing the temple, with a Shivalinga brought from Vat Phu in Laos. Enjoying royal patronage throughout, it was completed in the 12th century AD, during the reigns of King Dharanindravarman I (1107-12) and King Suryavarman II (1113-50). In short, there was nothing unusual in the Cambodians making it a national issue. The Thais, too, revere the temple, which they call the Prasat Phra Viharn, and it is most easily reached from a national park on the Thai side of the border. Vejjajiva had made the dispute with Cambodia a principal election issue, saying that if Shinawatra’s Pheu Thai party came to power, Preah Vihear would be lost to Cambodia. But the Thais did not listen to him.

The irony is that while the Cambodians, Thais and UNESCO believe it’s a Hindu temple worth protecting, and the Chinese, Vietnamese, Germans and Indonesians have shown great interest in it, the only reaction from India has been roaring silence. I discussed the matter with foreign minister S.M. Krishna, Shivshankar Menon, L.K. Advani and Dr Karan Singh. All agreed that we must help. But how? And when? Domestic politics, it seems, will not allow us to help friends and safeguard a shared world heritage.

On my visit to the temple, I was accompanied by Prof Satchidanand Sahai, a world-renowned authority on the temple, and Hong Soth, director general of Cambodia’s Preah Vihear National Authority. We climbed 2,250 wooden stairs to the temple, perched atop Mount Dangrek, within Cambodian territory. The other way, though a pucca road, passes through a controversial region, and the Indian embassy in Phnom Pehn had advised me against using it.

Preah Vihear is rightly called a “temple in the sky”. It reaches out amazingly to the heavens, and has five gopurams along an 800-metre axis, embroidered with majestic, scenic expanses. Inside the sanctum sanctorum under the first gopuram is a mesmerising figure of the chief deity, a dancing Shiva over an elephant head, and is referred to as Shikhareshwar—the Lord of the Mount. Several inscriptions in Sanskrit and Khmer tell the story of the temple, describing Diwakaranand, the rajguru, and his aides Sukarman and Pandit Tapasvindra. The magic and magnificence of this sandstone structure has made it an overwhelming part of the Khmer mindscape and there’s much literature woven around the temple’s fame. Cambodia and Thailand, both Buddhist countries, take extraordinary pride in Preah Vihear. It’s a region where the Buddha and Shiva co-exist in happiness. Helped by a monk, I offered my prayers inside the sanctum sanctorum—in Buddhist fashion.

The temple is in ruins and much of the structure is dilapidated. It cries out for urgent help from the world community, perhaps of the sort the Archaeological Survey of India has rendered in restoring Angkor Wat to its former glory. It will only be appropriate if Prime Minister Manmohan Singh, who enjoys huge popularity among Thais and Khmers, can have the agency help rebuild Preah Vihear too.

(The writer is a Rajya Sabha MP.)