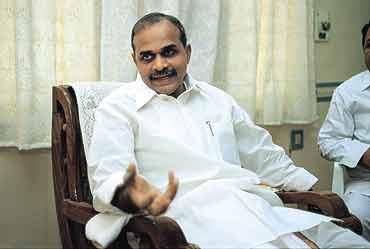 The Y.S. Rajasekhara Reddy government is working overtime to limit the fallout of its botched negotiations with German auto giant Volkswagen. Reddy and industries minister Botcha Satyanarayana can’t explain how they sanctioned payment of Rs 11 crore in January to a Delhi-based company called Vasishta Wahan—without running adequate checks. "We are dealing with a big firm like Volkswagen...the heavens aren’t going to fall if the money has been paid," Reddy said, trying to sound nonchalant. However, minister Satyanarayana don’t sound as confident. Both are, of course, taking the gullible line—they claim they were led to believe the company was an Indian subsidiary of Volkswagen. The latter, meanwhile, denies all links. Anyhow, the Opposition is up and running—a scam this size can’t be pulled off without key people in power conniving.