'Her Work On Earth Was A Large Net Minus...'

As the Vatican moves towards formally canonising Mother Teresa, British author Christopher Hitchens lashes out at the late missionary, insisting she did more harm than good. In an exclusive interview, he talks about what he will say if called upon as 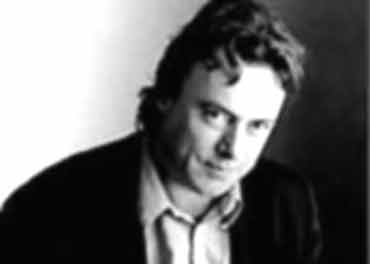 You oppose beatification per se or only Mother Teresa's?

I think beatification and sanctification are both ridiculous concepts. I regard the Roman Church as a human agency that takes upon itself the task of deciding which of us is divine and which not. The whole process is ridiculous. It's just like the queen deciding whether someone is a knight or lord, the gesture is meaningless. Yet, there are occasions when someone is proposed for an honour, such as being made a lord or a duke or perhaps a saint, that one can still say 'Come on, this person doesn't deserve to be honoured.'

You obviously mean this person whom you have called a 'religious fundamentalist, a political operative, a primitive sermoniser and an accomplice of worldly powers...'

In the case of Mother Teresa, I think it's monstrous because she was all those things and more.

Was there anything that you did like about her?

Yes, her candour. She always advertised the fact that she was a fundamentalist. Although she accepted the Nobel for Peace, she never showed any interest in peace, nor did anything for it. She never pretended to be fighting poverty, but always maintained that her job was to rescue a soul for conversion. Her words on receiving the Nobel were alarmingly candid, she said the chief threat to world peace was abortion and contraception. An absolutely preposterous proposition startling her audience, but she wasn't being dishonest. She never really did much dissembling about her beliefs, that poverty was a gift from God, that the poor were lucky in their poverty. Though she kept saying this, she couldn't get anyone to believe her, if I run into a secular fan of hers and ask ,Are you aware she thought poverty was a gift from God?', they'd look blank as if to say ,surely that's not true, she spent her entire life feeding the hungry'. And I say well, why do you think so? Can you name any case where she made any difference e.g. in famine relief? And they can't. Her view is considered extreme even within the Catholic church. In the Indian version of the Second Vatican Council, The Bombay Seminar, held for Indian faithfuls to discuss the Pope's proposals, she made a strong attack on the need for such a council, that there was no need for new thinking, only for more faith and work. This alarmed many in the church. She was represented as someone who selflessly worked for the poor, whereas her policies were explicitly designed to increase the chances of poverty on a large scale. So I have to say I admired her frankness.

Is your battle against Catholicism or Mother Teresa?

The battle is against religious credulity and reliance on faith instead of reason. In particular its fundamentalist version, which means the Catholic church will try, and where it's strong enough will prevent access to contraception, abortion or divorce to even non-believers. This doctrine doesn't preach only to its own faithful, but tries and legislates this on all citizens. So my attack is on the gullibility of the liberal in believing she was different, when she was only different in being more extreme than even the Pope who is now trying to canonise her.

Are you an agnostic?

Are you just playing the Devil's advocate?

It's a matter of deep personal conviction. I think it's important to emancipate humanity not just from religion or the churches, but from habits of thought, obedience, faith, conformism and superstition involved in the human psyche, also among atheists. Journalistically, deciding to take a second look at Mother Teresa came out of the shock that my profession had refused to ever have that idea. Here was a woman who had almost 30 years of unopposed free publicity, all of it favourable. No one ever thought to have a look and see if she deserved it. And that's when I noticed things like her attachment to the Duvalier family in Haiti.

Has your book encouraged other sceptics to speak out?

Yes, I believe it's had that effect. I've had a number of letters from those who volunteered at her missions in America, Kenya or Calcutta and discovered the sort of idealism they expected was not in fact the purpose of the charity. They were joining a cult organisation dedicated to the dictates of one primitively minded woman. Many of them thought they were the only ones who'd had that experience and kept quiet. Many have gone public, as they did in my documentary. There is a woman in New York named Susan Shields. As a nun, she gave her entire life to it till she realised what she was involved in was partly a cult and, on her evidence, partly a racket. As far as I know, her evidence hasn't been controverted. They simply collected very large sums of money in a poor neighbourhood and sent it to a bank nobody knows where. There were no audits, you see, of the Missionaries of Charity. Given that she announces the number of convents she builds, we can be very sure where the money went,into the building of an order, not the alleviation of suffering.

So what's the answer?

There's only one certain way of abolishing poverty, it's not a sufficient condition but an important one, and that's the empowerment of women. If you can give women in a village in Bangladesh or Bolivia control over their reproductive systems, which means a bit of education and a bit of technology, that village will be transformed. But she preached exactly the opposite. If a poor woman has a limit to her fertility, that would be a matter of offense to Mother Teresa. She was a fanatic on these points. Her work on earth was a large net minus, more people are poor, destitute, ignorant and diseased because of her work. Then, there's the propaganda she gave to those who robbed and tortured the poor, such as the Duvaliers, from whom I now understand she also took money. I don't make the allegation.

There are people who believe it doesn't matter what intellectuals write, the fact is she did some good.

Are you sure there are such people? Sunanda Dutta Ray writes from Calcutta that there are people who're fed up with having their city seen as a place for beggars. Certainly one motive they have for disliking her is the reputation she has given to a great city. All Bengalis like that are very pleased with the book. They resent the idea that Calcutta was simply a place where people sat on the pavement, hands outstretched. And would've been helpless but for a missionary coming over to wipe their brow, in fact it's been known that most of her work was done with the dying, who had no say in it. It's using the defenceless as an object of charity. If some say she did some good, they're obliged to say how. How is it that with the funds available to her, the mission in Calcutta is still so primitive?

How did you feel when she died?

It was extraordinary that she died in the same week as Princess Diana. I was then engaged in a critique of the Diana cult. It seemed remarkable that these two women who'd become colleagues in their last years should die at the same moment. I might add that Mother Teresa defended Diana's right to get divorced, showing how the church doles indulgences to the rich and preaches chastity to the poor. There was no more to mourn in her passing than there was in any other human being's passing, rather less actually. I hoped it would provide an occasion for reviewing her crimes against humanity. Rather, there was yet another avalanche of piety.

If allowed as a hostile witness, what will you say?

I'll be a hostile witness if the church genuinely solicits. I'm told the traditional office of the Devil's advocate no longer exists. A sort of self-policing mechanism has replaced it, whereby those who in their conscience feel they must object are allowed to do so. There used to be many more safeguards against fraud than there are in this case. I suspect shoddy motives...(that is), to do the canonisation before any questions can be raised, in time for the millennium and, if possible, in the present Pope's lifetime. But if we're told she did exemplary work for the poor, I'd argue she did so on behalf of those who stole from the poor and justified the means by which that theft took place. A Catholic would've to accuse her of bad faith, of not being as pious as she was advertised to be. But that wouldn't be my job. In a sense, I'd be speaking for those to whom the title of saint is still to be venerated if not affirmed. If it's for the poorest of the poor, then sainthood would be an insult to the millions to whom she brought no relief but an additional burden.

So she hurt more people than she helped?

Far more. By precept and by dogma, very many. She threw her entire weight against those who truly seek to alleviate suffering and behind those who positively sucked the blood of the oppressed. She was in the service of the rich and the corrupt, and to the poor she preached resignation and obedience. It's just as well for her there's no such thing as divine judgement.

The title of your book, 'The Missionary Position', many thought, was rather naughty.

What is obscene? I thought it was very clear that India was better off without the missionaries and colonists. It sounds archaic when people say that without the missionaries India wouldn't know what to do, the element of condescension is outrageous. Anyone who says that is committing an act of self-hatred. It (the title) is actually a perfect triple entendre: the book is about the politics of missionaries and the position of those who feel they can enlighten by divine warrant and presume to instruct the rest of us not just in morality but in day-to-day conduct. It was a title I couldn't not use.

Hasty Afterthoughts And A Paper Bomb