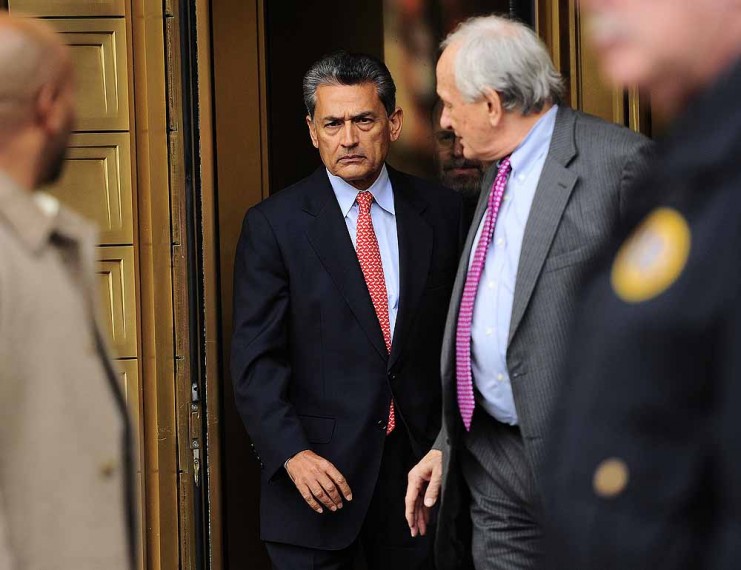 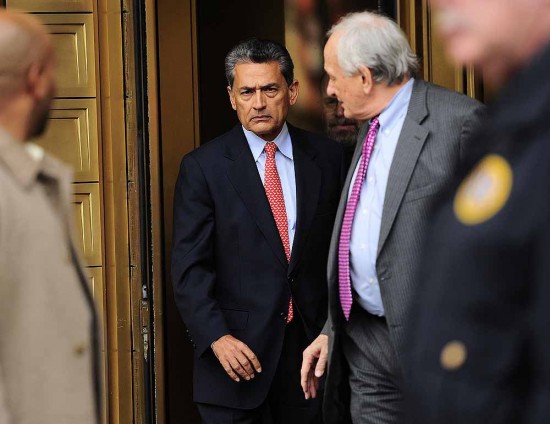 Sanjaya Baru, former media advisor to Manmohan Singh, recently posted a telling anecdote about Rajat Gupta on Facebook. As the story goes, Gupta called Baru and tried to get a ride in Manmohan Singh’s car, which was to ferry him from 7, RCR to Delhi’s Taj Palace Hotel, where the PM was to address a McKinsey conference. The ostensible reason: Gupta wan­ted to ‘brief’ the PM on the event. “In truth, he wanted to be seen getting down from the PM’s car as it arrived at the venue,” writes Baru. “Clearly, he inten­ded to encash that ride!”

It’s not surprising that real stories are tumbling out about Rajat Gupta. It has been a spectacular fall from grace for a man once rated as the most influential person of Indian origin in America (Bobby Jindal and Nicki Haley are political lightweights, after all, being governors of minor states). From heading blue-blood consulting firm McKi­nsey to parleying with presidents and PMs, Gupta seemed to have it all—respect, money, fame, a loving family.

Above all, as I can testify from a couple of meetings with the man over the years, Gupta appeared to be one of those ‘good guys’, possessing gravitas, charm and a reassuring lack of flashiness. He was an Indian middle-class boy who had made it good, but hadn’t forgotten his roots. Obviously, I had read him wrong—and so, it appears, did many others.

What would prompt Gupta to throw all this away by sharing privileged information with Sri Lankan Raj Rajaratnam, head of Galleon hedge fund? Or, as another key player in this saga, Anil Kumar—Rajaratanam’s classmate and Gupta’s protege—had to hear from his son after the trial: “Why?” When Rajat told his wife consolingly, “Life is just a journey”, she shot back, sobbing, “I want off this journey”.

There are no simple answers to this story of greed and downfall, writes journalist Anita Raghavan in this cracker of a book, a page-turner brimming with details and good journalism. Being an Asian has obviously helped her piece together a more complete picture. There are more than 200 interviews (many of them off-the-record, with friends of key players) in three countries.

The ‘Asian angle’ matters for obvious reasons. As allegations of insider trading were first levelled after the Galleon hedge fund collapse—and later during the trials and convictions of Rajaratnam and Gupta—many in India argued the latter had been ‘done in’ by racism, calling it a WASP conspiracy in the aftermath of the 2008 financial crisis. Why, top industrialists like Mukesh Ambani wrote letters in Gupta’s support. There was near-bewilderment in India over the charges: isn’t this, many said, how business is done, when working with people you know and trust? To make matters worse, Rajaratnam told Suketu Mehta in an interview that he had been done in by the Indians. And, of course, everyone knew Preet Bharara, the US attorney spearheading the investigation.

Raghavan handles this potentially tricky terrain well. Her judgement is damning: “He (Rajat) would be remembered as a disappointment to the Indians to whom he had once been an inspiration. And he would turn into an all-too-easy excuse for prejudicial Americans to dismiss his moral lapse as indicative of the Indian national character.” That’s a huge blow: for Ind­ian-Americans see themselves as a separate—as well as economically and educationally superior—category.

Interestingly, back in 1935, Ashwini Gupta—Rajat’s father—had faced a similar issue. He was accused of pretending to be someone else at an economics examination paper in Calcutta University. Though Gupta Sr denied all charges and said he had been framed, he was sentenced to six months’ hard labour. Raghavan claims that Gupta Sr had been misread; he had done this in “an apparent effort to help raise money for the Socialist Party”.

To conclude, here’s a peach of an anecdote: At the trial, during the lunch break, a black Mercedes Benz SUV with blacked-out windows approached the federal courthouse. A swarm of photo­g­raphers and mediapersons jumped into action; they were expecting Goldman Sachs CEO Lloyd Blankfein. “But when the door opened, a scrawny leg protruded. A bouncer appeared and shouted: ‘Stand back, stand back!’ Eme­­­rging from the SUV was Paris Hilton, dressed in a blue suit, blue stockings, and her famous outsized white gla­­sses. She had arrived for a settlem­ent conference involving a dispute with an Italian lingerie company.” The circus had come to Rajat Gupta’s ending.