Heads We Lose, Tails We Lose 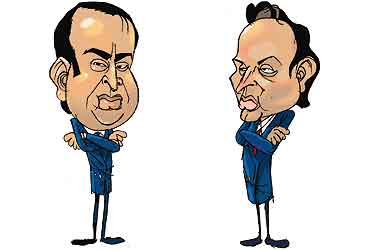 
The employees at New Mumbai's Dhirubhai Ambani Knowledge Centre (DAKC)— the headquarters of Reliance Infocomm—are worried. In the past few months, Mukesh Ambani, who fathered the venture, has hardly visited the campus. His close aides, Anand Jain and Manoj Modi, haven't been seen there for weeks. In hushed whispers, Infocomm executives talk about calls they have received, or the ones they have made, in a bid to figure out who's finally going to inherit the telecom business as a part of settlement between the two feuding Ambani brothers, Mukesh and Anil.

After three months of bitter public battles, and a month of silence as top investment bankers set about valuing...