They call me the Big B of Bangalore. The B-word and I share a history of sorts. 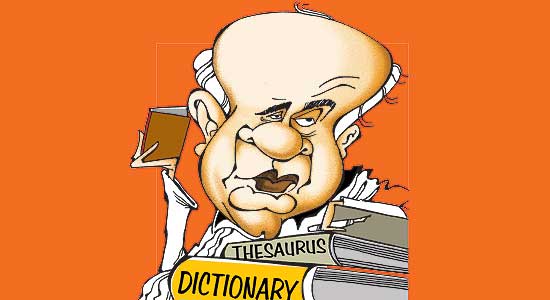 Ever since my alleged outburst against Karnataka chief minister B.S. Yediyurappa, they call me the Big B of Bangalore. Of course any comparisons to Amitabh Bachchan (I love his films, his deep vocals and his devotion to the Mulayam Singh-Amar Singh duo) are most welcome but I would like to clear the air about a few canards floated by the media. For one, I did not quite call my old friend and foe Yeddy “a bloody b******”. Unfortunately, our presswalas have a habit of misquoting which leads to much embarrassment and misunderstanding. But as a neta, what can one do but suffer in silence?

That aside, I must put it on record that the B-word and I share a history of sorts. In the ’40s, as a teenager, I was part of a friends circle which addressed each other as bloody Ba. Incidentally ‘ba’ was our own variation of the Tamil ‘da’ and the ‘yaar’ of North India. So while in Madras, they said “What da?” in Haradanahalli (apna village in Hassan district) we opted for “What ba?” Later, while at engineering college, I moved on to refer to my classmates as bloody bustards. Now, as any ornithologist will tell you, the reference here is to any large terrestrial bird of the Otididae family with a long neck, long legs and stout tapering body. The bustard is often called a slow bird. So, when I compared Yeddy to it, I was merely calling him a sluggish bird-brained man. (Thank god I did not go ahead with my original plan of describing him as a bloody Genus Tetrax (little bustard)!) Anyway, to be fair, I must admit here that I was rather explicit in my tirade against Yeddy.  But I reiterate I was not guilty of using expletives as was widely reported in the media.

The other remark attributed to me is that I called the CM “a son of a bitch”. This is yet another case of misreporting. In Kannada, I had merely said ‘bolli maga’ (son of a widow) but it got reported as ‘bosudi maga’ (son of a bitch). Incidentally, my son Kumaraswamy, who is a very observant young man, tells me that I might have slurred while speaking, leading the press to hear what I did not wish to say. In any case I have had a history of confusing ‘l’ with ‘sh’. So sometimes when I say ‘long’, people hear ‘shong’. And ‘love’ is heard as ‘shove’. At other times—particularly on cloudy days—I say ‘ch’ for ‘s’. This led to an amusing incident while I was prime minister. An American journalist was interviewing me and at one point I meant to say ‘Gowda sees’ but instead I said “cheese”. I later learnt that he wrote something about how the Indian PM loves his Gouda cheese!

Finally, as a humble farmer I’m not the kind who wants to hurt anybody’s  feelings. Which is why I have publicly apologised for what I didn’t want to say. And my message to Yeddy is that bustards are stately and good-looking birds. And as everyone knows, Karnataka is also home to the Great Indian Bustard....