Is the backlash on Northeasterners a ruse to return to communalised politics? 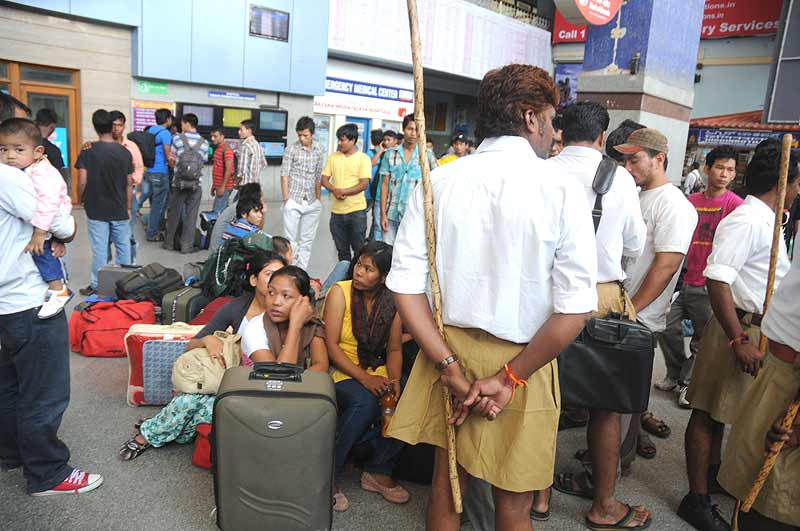 Communal Incidents In The Last Year

Is the communal fire from Assam spreading to other parts of India? The large-scale departure of Northeast migrants from Bangalore certainly doesn’t look like it’s going to be the last of the spillover from Bodoland. Last week, a Mumbai rally called to condemn the killings of Muslims in Assam and Myanmar ended in mob violence that left two dead and several injured. Police suspect that videos and pictures from the two restive regions were deliberately circulated beforehand to inflame tensions among the Muslim audience.

Similar propaganda material is also suspected to be behind the Pune attacks on students from the Northeast. The local police have arrested several Muslim men who, they say, were behind the attacks. But there’s also been another theory doing the rounds—that it is the RSS which is circulating some of these rumours to create an atmosphere of hatred which suits the politics they support.

Ahead of the two state elections this year (including Gujarat) and as many as nine next year (Karnataka, MP, Delhi and Rajasthan among them), Assam’s ethnic clashes come as a timely pretext for those out to engage in communal politics. Together with localised incidents in Uttar Pradesh and elsewhere, many fear the recent developments signal a return of communalism to replace corruption as the electoral agenda.

Promptly off the blocks was Gujarat’s chief minister Narendra Modi, who’s seeking a  fourth consecutive term a few months from now. On Janmashtami day, writing on his blog, he accused the UPA of “promoting” cow slaughter and exporting beef to bring in a ‘Pink Revolution’. Modi didn’t even spare the PM for failing to make a mention of the violence in Mumbai in his Independence Day speech (Manmohan had made a reference to the Assam clashes). “Something so serious...how can the PM be quiet about it?” the CM asked. Baroda-based retired professor and activist J.S. Bandukwala says, “Modi has no choice, especially since he is facing a split in his own ranks. Creating a communal atmosphere is the only way he can tide over it.”

When clashes first broke out in Assam in July, few imagined it would have such widespread communal repercussions. But developments have increasingly veered that way as entities, both Muslim and Hindu, seek to polarise and communalise the rhetoric. While the BJP has chosen to harp on illegal migrants from Bangladesh, Muslim political parties and their leaders (such as MP Asauddin Owaisi, who warned of a “third wave of radicalisation amongst Muslim youth”) have chosen to focus only on the plight of the Muslims in Bodoland.

“This is not the situation to use for political mileage and profiteering. Unfortunately, that’s what has happened.”

The head of Assam’s leading opposition party, the predominantly Muslim All India United Democratic Front, Badruddin Ajmal, insists that 90 per cent of those killed in the violence are Muslims. How can any meaningful reconciliation come about in such a charged atmosphere? “This is not the situation to use for political mileage and profiteering. Unfortunately, exactly that has happened,” says Akhil Ranjan Dutta, associate professor of political science at Gauhati University. “The BJP and Sangh leaders are focussed only on making illegal migrants the culprits. On the other hand, the reaction of the Muslim fundamentalists and reactionary elements has been equally disturbing. And the more the issue is taken up at the national level, the more it has become communal,” he adds.

Meanwhile, the police are investigating if the latest incidents in Mumbai, Pune, Bangalore and Hyderabad are all part of an organised attempt to provoke communal riots. An sms doing the rounds before the violence in Mumbai’s Azad Maidan asked, “Burma, Assam, Gujarat, Kashmir ke baad na jaane kahan? Burma mein Musalmano ke qatl-e-aam or zulm ke khilaf Azad Maidan may Sunday ko rally hai.” It went on to criticise the media for covering the gunning of Sikhs in the US in great detail but ignoring the killings of Muslims. “Is SMS ko Sunday se pehle Hindustan ki har Musalman or mantriyo or media tak pahunchao...,” it added. Worried, the central government has now asked states to keep track of social media, where most of this propaganda is being circulated. 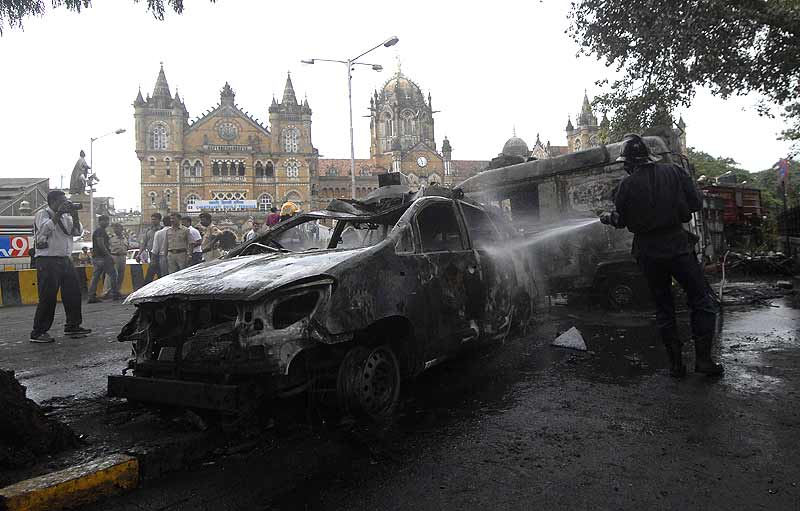 In Mumbai, several people were seen climbing on to local trains with rods and petrol canisters, all of which were later used in the violence in and around Azad Maidan. While the obvious finger pointing has been at Muslim fundamentalists and the underworld, Mumbai-based Asghar Ali Engineer, who heads the Centre for Study of Society and Secularism, says one can’t exclude the possibility of Hindu right-wing forces provoking the clash. “Hindu right-wing groups know very well now that they can’t have a repeat of Gujarat in 2002. They tried launching terror attacks, thinking Muslims will be blamed for them, but this too failed as the Hindu terror nexus was exposed. Now the new strategy is to focus on minor riots and identity-based isolation of groups and communities,” he says. Activist Harsh Mander adds that states and local officials must be made accountable to contain the communal violence.

In Bangalore, migrants from the Northeast have suddenly begun fleeing en masse, fearing reprisal attacks from Muslims. Even presuming that the Muslims are furious and ready to turn violent, the question is would they be so foolhardy to do so in a BJP-ruled state? Simultaneously, the RSS has promptly stepped into the limelight, as defenders of the terrified people. They have also claimed they are not behind the rumours which called on migrants to flee the city before Id-ul-Fitr (around August 20), after which Muslims will apparently go on the rampage. Vishwa Samvad Kendra, the RSS’s news agency, is already busy distributing pictures of khaki-clad activists crowding around railway stations in Bangalore and talking to people from the Northeast.

While nobody is sure who is behind the rumours, the fear among the Northeast migrants in Karnataka is palpable. Last week, a Tibetan youth was stabbed mistakenly in Mysore by unidentified miscreants. Home minister R. Ashoka said as many as 6,800 Northeast migrants had left the city on Wednesday and another 1,000 had fled on Thursday by the time this report was filed. (Reports also talked of around 1,000 people gathering at Pune station in Maharashtra. Reports of northeasterners fleeing have also come from Kerala and AP).

A communalised atmosphere is slowly building up, which has worrying consequences for states like Uttar Pradesh, already the scene for several localised riots this year. Shahid Siddiqui, recently expelled from the Samajwadi Party in UP, claims the state has deliberately chosen not to crack down to create a communal divide ahead of the 2014 LS elections. “Any polarisation is not just going to help the BJP, it’ll also help the SP and Congress. The so-called secular parties also benefit from keeping the Muslims jittery,” he says. Congress-ruled Rajasthan too has seen several communal incidents of late, including the violence in Gopalgarh in September 2011 that left 10 dead. The question India must confront as we head into several state and general elections is whether the communal cauldron is being stirred all over again.

By Debarshi Dasgupta and Panini Anand