As forces of bigotry grow, we have to look beyond religious tolerance 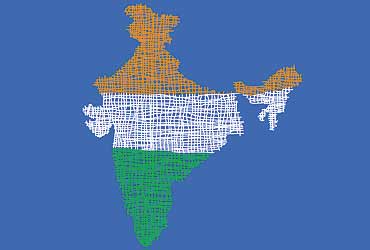 outlookindia.com
-0001-11-30T00:00:00+0553
I have often said that our saga of building a modern nation on the foundations of our social and religious diversities has great significance for the world we live in. Nations big and small will have to come to terms with their growing internal diversity. No modern and open society can be a monolith. Nations and societies that seek to impose uniformity will give way to those who embrace and celebrate diversity. Every nation will have to learn to deal with the political, cultural and social consequences and implications of this growing phenomenon of diversity.

Our Constitution is based on equal respect for all faiths. When we say our Constitution is secular, we mean that it espouses the separation of religion from politics and governance. Equally, it means that the Constitution accords equal status to all religious faiths. The idea of equality is important. When we talk of majority community and minority community, these numerical notions are based on political and social concepts. They are not spiritual categories. They are not based on a value judgement. In spiritual terms majority and minority have no meaning. All religions are equal, just as all human beings are equal. When we view each other as equals, we try to live in harmony. When we view each other as unequals, we try to practice tolerance.

Let me recall the great and wise words of that great son of India whose message of religious harmony in India resonates even to this day and, I believe, will do so for all times to come. I refer to the remarks of Swami Vivekananda at the World's Parliament of Religions, held in Chicago in September, 1893. Swamiji spoke of our civilisational tradition of accepting the greatness of all religions. He said very aptly, "We believe not only in universal toleration, but we accept all religions as true." This is a simple but exceedingly important idea.

It was not religious "tolerance" that Swamiji valued, as much as religious "harmony". Of course, harmony requires tolerance, but harmony is more than mere tolerance. There can be tolerance of an unequal, but there can be harmony only among equals. Harmony requires mutual respect. One can be tolerant of another, without being respectful. This cannot produce harmony. True harmony, I believe, is based on mutual respect and regard. Hence, I prefer the concept of religious harmony rather than just religious tolerance.

I agree with what Swami Vivekananda said that what makes our civilisation great is the fact that it is based on the idea of the coexistence of faiths—Sarva Dharma Sambhava. This notion implies that we have equal respect for all dharmas, for all faiths. Elaborating this idea Swami Vivekananda used the metaphor of many rivers flowing into one mighty ocean. He quoted from an ancient hymn to say: "As the different streams having their sources in different places all mingle their water in the sea, sources in different tendencies, various though they appear, crooked or straight, all lead to Thee."

This universal worldview is the foundation of our composite culture. India has been home for centuries to all great religions of the world. But we have not merely tolerated each other. We have not merely learnt to live and let live. We have in fact learnt to live together, grow together, learn together. Even as each one of us remains devoted to our own individual faith, we have learnt to respect the faith of another. This has been the basis of our nationhood.

We, in India, must learn from the wisdom of our great teachers, our great social and political leaders like Swami Vivekananda, Mahatma Gandhi and Jawaharlal Nehru, to preserve and nurture this great quality of our ancient but living civilisation. These values must be inculcated and reinforced in every daughter and son of our Republic and thereafter in all countries of South Asia.

This mission gains urgency at a time when the forces of bigotry and communalism are trying to tear apart this fine fabric of our composite culture. Attempts to divide society along religious lines deserve to be condemned with contempt. What is worse than religious intolerance is the deployment of such intolerance for narrow political gain. Any political formation trying to incite people in the name of religion, whatever religion, is in fact betraying both religion and our civilisation.

India has been home to all the great religions of the world and will always remain so. But it is necessary for each generation to reaffirm its commitment to these values of coexistence and celebration of our diversity.