Prof V.S. Shinde, senior archaeologist and vice-chancellor of Deccan College, explains how Rakhigarhi extends our understanding of the Harappan civilisation. 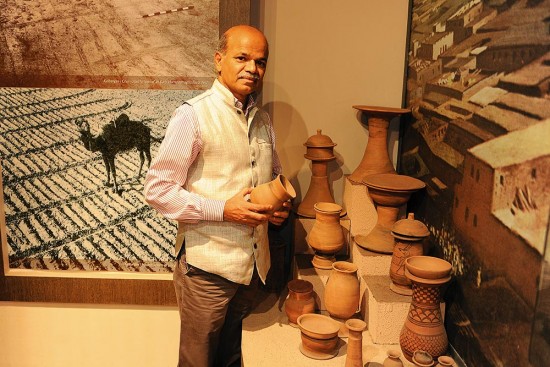 Prof V.S. Shinde, senior archaeologist and vice-chancellor of Deccan College, Pune, is the one steering the research at the Harappan site of Rakhigarhi. In an interview with Sunil Menon and Siddhartha Mishra, he explains how Rakhigarhi extends our understanding of the Harappan civilisation. Excerpts:

Sunil Menon: Prof Shinde, what does Rakhigarhi tell us?

V.S. Shinde: We had very little idea about the regional diversity during Harappan times. We always think the Harappan civilisation was homogeneous. In some respects, that’s true. But there were different ecological zones, and you find diversity flowing from that. Like, Gujarat has a slightly different variety compared to the Saraswati region. But overall there is a concept of one ­nation. This concept was introduced by the Harappans.

Read Also: We Are All Harappans

Menon: From archaeological findings, how do you arrive at something as ­abstract as a nation?

Shinde: See, the Harappan culture occupied about 2 million sq km. Over this vast area, they established some kind of uniform culture. This shows they had united different regions. Not by force, but by mutual consent.

Siddhartha Mishra: Because they never had an army…

Shinde: Yes, they never had one. So we wanted to understand the specific variation of culture in this part. What are its features, how that came into being. We use two terms: one is Harappan culture, the other is Harappan civilisation. The Harappan culture’s time-span is from 5500 BC to 1500 BC. But...