Talks with China and the BRICS declaration on terror are promising. Coupled with Trump’s Afghan policy, it’s significant. 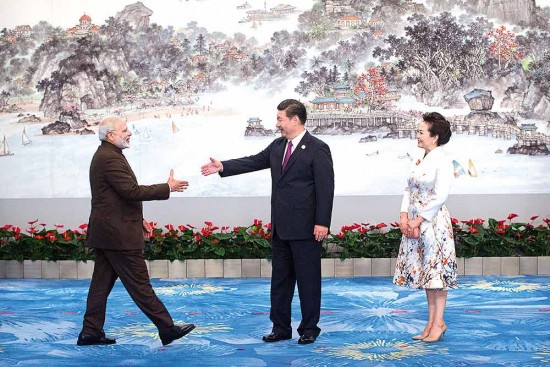 Diplomatic breakthroughs rarely come overnight. Yet, the fast-paced developments which took place from Doklam to Xiamen last week seem to have brought dramatic chan­ges in India-China relations. In recent months, bilateral ties between the two Asian giants had been fraught with, if not open hostility, then with staunch rivalry, playing out often through the Pakistani prism.

Therefore, it is not without significance that until late last month, the two Asian neighbours, whose soldiers were facing each other in a 73-day long stand-off at the Himalayan plateau of Doklam, are now making common cause with each other and world powers to name Pakistan-based terror outfits Lashkar-­e-Toiba and Jaishe-e-Mohammed as founts of violence and instabil­ity. Both Lashkar and Jaish has been valued ass­ets of the Pakistani ‘deep state’ and are often used to carry out terror strikes in India. Past attempts to highlight their activities and pressure Pakistan at regional and international fora have failed, mainly because of China’s active reluctance to do so.