Handcuffs Can Buy Them Silence 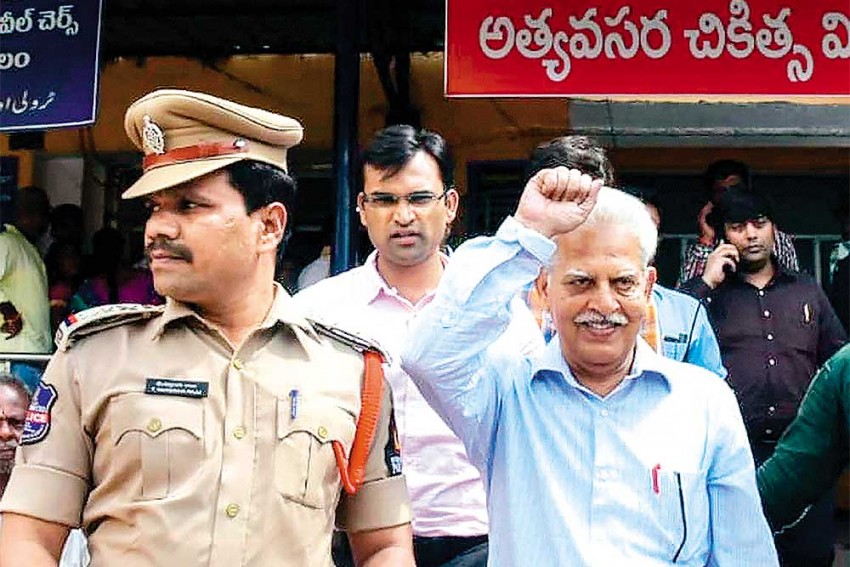 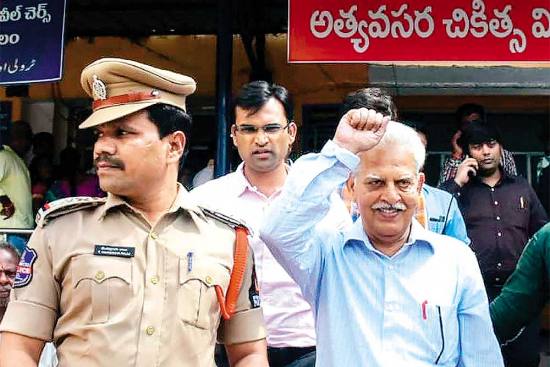 The crackdown came out of the blue, an unprecedented, coordinated swoop on some of the most vocal critics of the BJP-led government at the Centre; a shock-and-awe strike aimed to pulverise. The outrage against the August 28 crackdown on nine activists—five of them later arrested—has been equally loud and scathing. Congress president Rahul Gandhi took it a step further with a tweet: “There is only place for one NGO in India and it’s called the RSS. Shut down all other NGOs. Jail all activists and shoot those that complain. Welcome to the new India.”

The nine activists—including a poet, a lawyer and a Jesuit priest—have been accused of links with Left-wing Maoist rebels. Police said the five arr­ested—lawyer-activist Sudha Bharad­waj, Maoist ideologue and poet Varavara Rao, and activists Arun Ferreira, Gautam Navlakha and Vernon Gonsal­ves—had allegedly delivered inflammatory spe­eches that led to the violence in Maharashtra’s Bhima-Koregaon in Jan­uary 2018. Most of those raided or arr­ested, who work on human rights issues, are believed to be leftists, which was the point of Rahul’s drawing in their ideological adversary, the RSS, the ruling BJP’s parent as well as mentor organisation.

On August 29, the Supreme Court dir­ected house arrests for the five activists, with Justice D.Y. Chandrachud noting that without dissent as a safety valve, “the pressure cooker of democracy may exp­lode”. Over the past few years, the BJP-led government at the Centre has come under increasing attack from political opponents and rights groups for allegedly trying to muzzle free speech.

The genesis of the latest crackdown has been tied to an explosive letter which was leaked in June, soon after the arrest of five other people, including Sudhir Dhawale, who was earlier tried and acquitted on unproven charges of putting up posters for the militia wing of the banned CPI(Maoist) in 2011. Besides Dhawale, the others arr­ested included lawyer Surendra Gadling and activist Rona Wilson. Gadling has defended many people acc­used of Maoist links and Wil­son is a strident advocate of releasing pol­itical prisoners in India.

The letter purportedly speaks of a plot to assassinate Prime Minister Narendra Modi and Maharashtra chief minister Devendra Fadnavis, both of whom were associated with the RSS before entering full-time politics. Maharashtra police have not yet revealed who wrote the letter, but the text alleges that poet Varavara Rao is a part of the plot to assassinate the two political leaders. Police in Pune are yet to throw much light on the letter but sources in the department said it is yet to be adduced as proof in the case against the activists.

A person who read the warrants says there appears to be no specific charge against those arrested.

What has left many baffled in the latest developments is the fact that warrants given to the activists following the raids at their respective residences are in Marathi. The original FIR, dated January 8, 2018, lodged by the Pune police is also in Marathi and a government lawyer told the court that the charges were translated orally to the accused before they were arrested. A person who has read the warrants says that there appears to be no specific charge against the arrested activists, either in June 2018 or on August 28. But Pune police have reportedly said that the latest arrests were made on the basis of information gleaned from those held in June.

A senior police officer in Pune told Outlook that “there is a money trail leading to those arrested in June 2018”. These people, he said, had contributed to the Elgar Parishad, the event to commemorate the second centenary of the Battle of Koregaon in 1818, which the Dalits consider to be a victory over the upper-caste Peshwas. Police claim that fiery speeches during the rally led to the violence the next day in Pune’s Koregaon Park.

Why Muslim Brotherhood Is No Rashtriya Swayamsevak Sangh