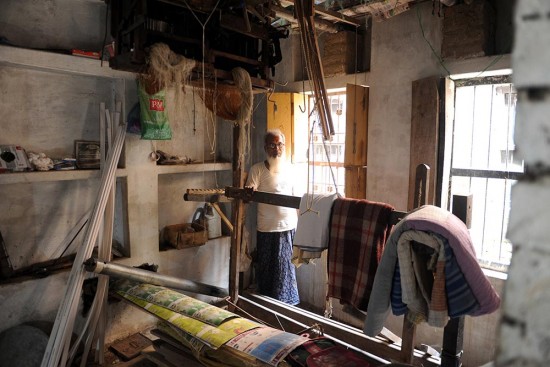 Well before the sun rises on the ghats of Banaras, Abdul Hasrat wakes up and cleans the cycle rickshaw he recently acquired. Closer to dawn, he pulls it from his neighbourhood in Jaitpura-Chora colony in the city to start his day’s work, earning 20-30 rup­ees for each ride. Daily pickings vary, but stay within a stable range: say, an average of Rs 200. He’s happy, but therein lies one of the harshest indictments possible of the scenario in India’s craft traditions—and the state of artisans within it.

For a year ago, Hasrat was part of the Banarasi silk weavers, and earned around Rs 1,000-1,200 a week, till even that started getting wobbly. “After notebandi, the Banarasi silk production has been on a decline. I have a family to feed,” he says.