Had That Coming, Don 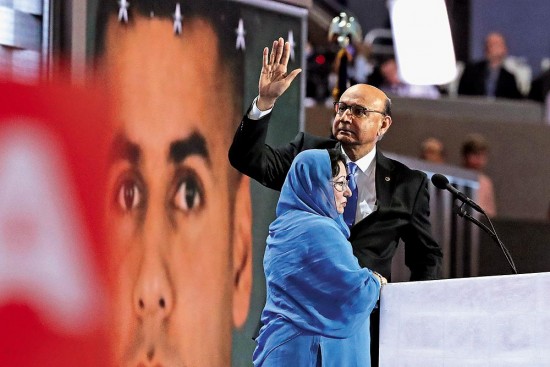 If her current surge in popular­ity continues and Hillary Clinton manages to win the November election to become US’s 45th pre­sident—the first woman in US history to do so—she may have to single out and express her gratitude to one American-Muslim family: the Khans of Charlottesville, Maryland. Origina­lly from Pakistan, a country freq­uently denigrated for being a ‘sponsor of terrorism’ and whose citizens are implicated in terror case around the world, the Khans are a ‘Gold Star’ family—one that has lost a member in combat while serving in the US armed for­ces. The status is considered sacrosanct by most Americans.

The story of 66-year-old law consultant, Khizr and his wife, Ghazala, parents of Captain Humayun Khan, who died saving his fellow soldiers during a suicide bomb attack in Iraq in 2004, has caught the imagination of a wide section of American voters and punched the biggest hole, so far, in Donald Trump’s Islamophobic campaign.