‘Growth In India Will Slow Down As The Economy Grows’

The man who describes himself as the “Lady Gaga of finance” contends that the global recession is a consequence of globalisation, 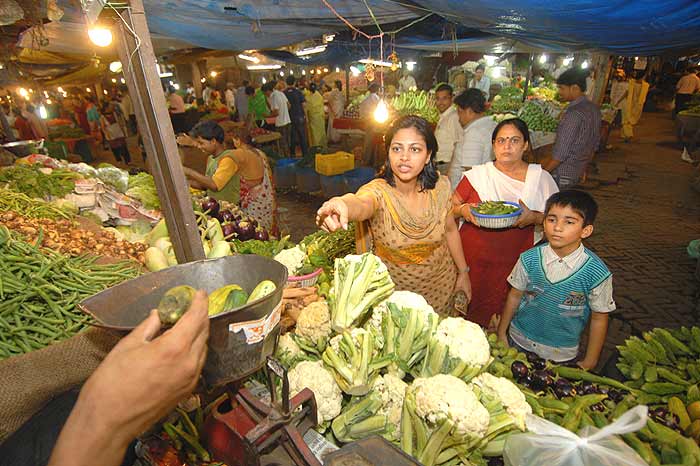 Aswath Damodaran likes to describe himself as the “Lady Gaga of finance”. A professor of finance at Stern School of Business at New York University, he explains that the flamboyant pop star, unlike most music companies, instinctively understands the world we live in today and does her best to relate to it. Similarly, he seeks to shape the way he teaches so that his lessons are easily accessible on the internet. In a free-wheeling interview with Ashish Kumar Sen, Damodaran contends that the global recession is a consequence of globalisation, which he describes as the new world order. Excerpts:

Is the current global economic situation more vulnerable to shocks than during the post-2008 crisis?

Oh, absolutely. We have no buffer built in, especially in our financial service companies. They have used up the buffer in the last crisis and they haven’t had a chance to build it back up. So if nothing else, our banks and investment banks are precariously close to coming apart at the seams. Unlike in 2008, when we had healthy banks that could live through it, I don’t think you have too many healthy banks anywhere in the world that can survive this kind of crisis again.

“If the Euro collapses, the Indian economy is going to feel it...you can’t control the risks you’re exposed to. That is the flip side of globalisation.”

What are the risks foreseen as countries strive to contain the impact and bring global growth on track?

The biggest risk they face is not under their control. It is coming from external factors. If you are the Indian government, you can do everything to get your house in order, but if the Euro collapses the Indian economy is going to feel it. That’s what makes this so frustrating—you really cannot control much of the risks you are exposed to, which means you cannot protect yourselves. That is the flip side of globalisation. Globalisation has been good in many ways—it has allowed India and China and many emerging markets to step up economic growth, but this is the flip side. Everything is connected to everything else.

The volatility in markets across the globe has been continuing in the face of deteriorating economic expectations. What steps could help restore investor confidence?

Until growth comes back, investor confidence won’t come back. You have got to let the growth come back, and you can’t force this. This is not something governments can do by edict. This is part of real economies. They go through downturns and they go through upturns. We are going through a downturn globally. What makes this unique is you used to have individual countries go through recessions by themselves and the rest of the world would be OK, but now you are seeing global recessions and global recoveries. This is the new world. This is not something that is going to pass with this particular recession. From now on this is going to be the new world order. 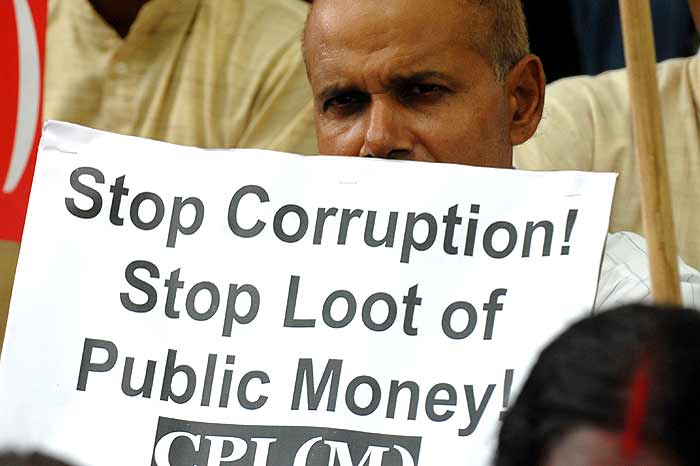 “Corruption has raised the effective tax rate for Indian businesses. It lowers real growth and investment. An ombudsman can’t deal with it.”

Is there any way countries can protect themselves?

You can’t. The only way you can do it is by withdrawing and becoming North Korea. You can insulate yourselves from the global economy but then you have to settle for a small economy. There is no alternative. This is the new world order. Either get used to it, or you’ll give yourself ulcers.

Going by past trends, there were expectations that a slowing of global growth expectations would see an easing in the price of commodities, particularly crude oil. But current trends indicate otherwise....

Inflation is partially driven by real economic growth, but it is also driven by monetary policy. For a decade now, across the globe, people have essentially adopted pretty expansionary monetary policies. If the presumption is that if real economic growth goes down inflation will go down, people are sadly mistaken—across the globe, especially in Asia, you are going to see inflation stay up there even if real economic growth comes down, which will give you the worst of both worlds. This misses another issue, which is when people lose faith in currencies because central banks are issuing money without thinking through the consequences. That’s why you see gold prices where they are right now. Gold, over history, has been an inflation hedge. It is where people go when they don’t trust paper money. There is a significant subset of people out there who don’t trust paper money any more, because they don’t trust governments.

“In Asia you’re going to see inflation stay up there even if real economic growth comes down, which will give you the worst of both worlds.”

In the current nervous environment, do you expect correction in the investment patterns or do you see a continuing bullish reliance on gold?

That is a market-timing question. The only thing that you can say with certainty about gold prices is it is going to be voluble.

Do you see any shift in reliance on the dollar as a reserve currency?

I think it has been happening for a long time. Whether you use the dollar or the euro as a reserve currency is kind of a non-issue any more. Twenty or 30 years ago reserve currencies really mattered, when most currencies were not exchangeable and didn’t carry much weight outside the local country. In the commodity market, the US dollar is used as a denominating currency simply because it is convenient. 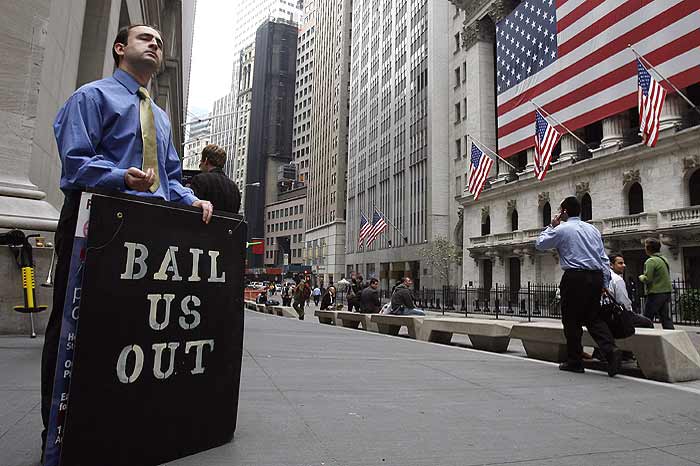 “The default risk in the US treasury is minuscule. You can say S&P, which lowered the US rating, is on the pessimistic end of the spectrum.”

The US rating downgrade by Standard and Poor’s (S&P) has come in for considerable criticism....

The rest of the world seems to have at least accepted the premise that there is more default risk in the US Treasury now than there was a year ago, two years ago, five years ago. The second thing is that the default risk we are talking about is still minuscule. It’s not like S&P moved the US from AAA down to BBB, they went from AAA to AA+. The difference between AAA and AA+ right now is small enough, so you could argue that S&P is on the more pessimistic end of the spectrum and Moody’s and Fitch might be on the slightly more optimistic end.

To what extent did S&P’s decision have to do with the political gridlock in Washington?

I think that played a role, but this has been a long time coming. You can say the same thing about the Indian government or the Greek government or the German government. No democratically elected legislature can really take hard decisions because they are going to get voted out of office. Gridlock is in a sense almost a part of democracy. Making big, painful decisions doesn’t come easily.

The reputation of finance professionals has taken a hit in recent years....

People trust people in power and experts less, whether in finance or government, and who can blame them? However, you cannot worry about setting right the reputation of an entire group/profession. All you can do is do the right thing...you don’t need ethics classes to tell you what that is.

“Policymakers should realise that planning for 6 per cent growth for the next 10 years is absurd. As the country scales up, you’ve got to be realistic.”

What risks do the present crisis hold for developing economies like India, grappling for well over a year to curb inflation?

If you are a developing economy you are like a growth company, which is far more dependent on the economy because everything gets magnified. Developing countries are far more exposed to global real economic growth because so much of the value comes from future growth. It is like a mature company is less affected by a recession than a growth company; mature economies are less affected than developing economies by a slowing global economy. Everybody gets hurt, but developing economies in a strange way can get hurt more because everything gets magnified at their level.

So, is India’s current pace of economic growth sustainable?

A scaling effect is going to kick in. It is one thing to grow at 9 per cent a year when you are a smaller economy, but as you get larger people have to get realistic. Policymakers have to realise that planning for 6 per cent real growth for the next 10 years is absurd. As the country scales up, you have got to get more realistic about real growth and have policies in place for what to do as real growth slows down, because it will. It will in India and it will in China. It has got nothing to do with the quality of the policies, it is a fact that as the economy becomes larger maintaining those growth rates is going to be unrealistic.

As we speak, corruption has become a major cause for protests in India....

The way I think about corruption is that it is like paying an unofficial tax. What corruption has done is it has raised the effective tax rate for businesses operating in India from 33.99 per cent to 41, 42, 43 per cent and that lowers investment. It lowers real growth. It has always been a deterrent and it will continue to be so. I think it is important that corruption be dealt with, but you can’t deal with it with an ombudsman, or a group that gets together and says let’s catch corrupt politicians, because it is entrenched in the system. It is built into the system because the salaries of many public servants are set with the implicit assumption that they can supplement that salary by getting paid on the side. It’s almost like waiters in the US get paid a low minimum wage because the assumption is that people will tip them 15 per cent so they can make up that money. It is not going to be easy to take out of the system because you have to revisit the way in which public servants get salaries.

You describe yourself as the Lady Gaga of finance. Why?

Lady Gaga in a sense understands the world, as it exists today. In the education business, the practices at colleges and universities and even high schools reflect things the way they were done for hundreds of years. We still have universities acting like it’s 1950, whereas the people who are teaching don’t relate to the 1950s. So when I say I want to be the Lady Gaga of finance, I want to be a teacher in the world that we live in today, where my 16-year-old gets her information online, she does not read the newspaper.

Finally, what is your advice for MBA finance students?

Think with your head but follow your heart. If you enjoy what you do, you will not have to work a day in your life.