The star gets a waiver in Barabanki, for now 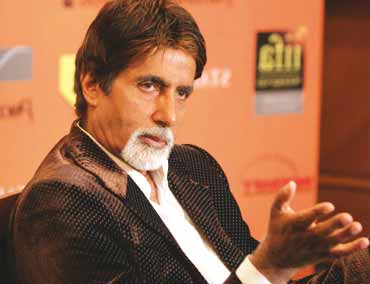 outlookindia.com
-0001-11-30T00:00:00+0553
It looks like Big B has got a reprieve. The December 11 judgement of the Lucknow bench of the Allahabad High Court in the Barabanki land case ruled out framing of criminal or civil charges against Amitabh Bachchan. But Justice A.N. Verma also confirmed in the judgement what Outlook has been reporting since June this year—the megastar's claim of owning 2.5 bighas of land (plot no. 702) in Daulatpur village, Barabanki district, was false. The judge also ordered that the forgeries in the records—made to show the star's ownership of the land—be corrected and the property returned to the village gram sabha.

For now, Amitabh can heave a sigh of relief, but a cause of concern is if the Mayawati government decides to appeal against the ruling in the Supreme Court. Devendra Upadhyaya, chief counsel for the UP government, is advising the state to pursue the case (see link below). Government sources tell us that other senior officials too have recommended to chief minister Mayawati that the state go in appeal. "A final call will be taken by the CM. The Bachchan case papers have been put up before her," a senior official said here. 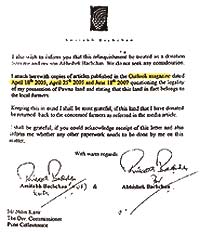 Red letter: Copy of the Bachchans’ letter to the Pune collectorate quoting Outlook stories. It said hence they were giving up claim on farm land in Pawna, Maharashtra.
Click Here For Large Picture

Many city lawyers have expressed surprise with the judgement, given the course the case has taken. It was in March 2006 that land records were tampered with and a backdated entry inserted to show Bachchan owned property in Daulatpur since 1983. After the fiddle was detected and the ownership stayed by the district magistrate, Barabanki, the star approached the Faizabad revenue court with the plea that his name be officially included in the land records. However, this plea was turned down and Bachchan went in appeal to the high court. Justice Verma has now actually turned down Bachchan's plea and upheld the revenue court order that the star's name not be included in the records since he did not own the land.

To quote from Justice Verma's judgement: "The entry in respect of Plot no. 702 shall be maintained in revenue records as directed by the order dated 24.3.2006 passed by the district magistrate/collector, Barabanki, as well as the judgement and order dated 1.6.2007 passed by the additional commissioner, Faizabad."

At the same time, the court took the view that since Bachchan was not involved in the physical tampering of land records he should not be prosecuted on criminal charges. Observed Justice Verma: "In view of the fact that there being no finding either by the district magistrate/collector or by the commissioner that the petitioner himself committed any fraud or manipulated any surreptitious entry in the revenue records, no proceedings either civil, revenue or criminal in nature shall be initiated against the petitioner in relation to the land in question."

According to senior officials, the most intriguing part of the judgement was that the court reasoned that since Bachchan "had abandoned his claim in respect of the land in question and now wants to withdraw the petition and the gram sabha having agreed not to proceed against the petitioner, the withdrawal of the writ petition is permissible...." In short, officials point out, Bachchan has been allowed to return land that he never owned!

At another level, the fact that the tampering of records was done to benefit Bachchan has not been factored in. Neither have the letters written by the star to authorities in Maharashtra claiming he owned land in Daulatpur. Bachchan's counsel Gaurav Bhatia welcomed the judgement. "Nothing could have been better as far as we are concerned; it is surely a judicious order and has proved that there was no foul play by Mr Bachchan," he told Outlook.

The judgement has ensured that Bachchan will henceforth not lay claim to the 2.5 bighas on Plot 702 in Daulatpur. To quote: "The petitioner henceforth shall not lay any claim to the land in question and his right, title or interest, if any, in the same shall stand extinguished. " The farmer role is out now.