Great Wall Around A Lotus Blossom

The India-Japan summit is ripe with possibilities, but China casts an unblinking eye on proceedings 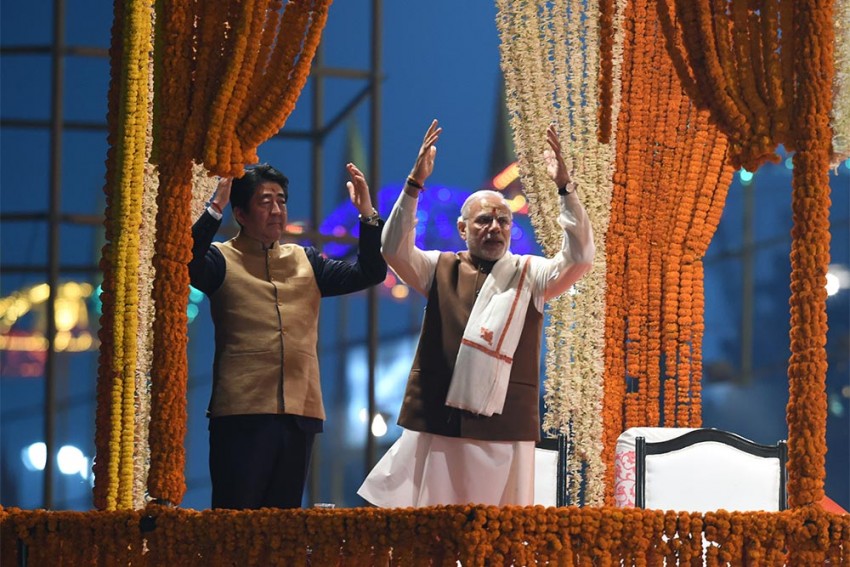 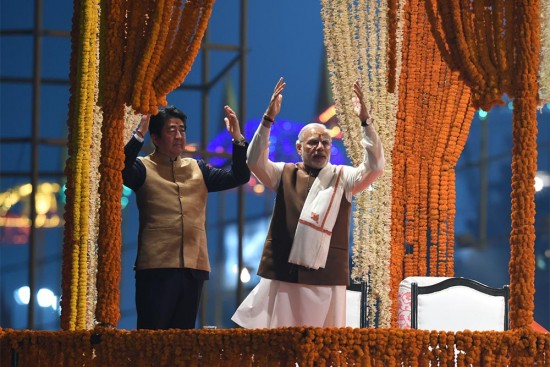 A coincidence, as they say in dip­lomacy, needs a lot of work. A crucial meeting between the ‘special representatives’ of India and China, barely a week before Prime Minister Narendra Modi’s visit to Tokyo for the annual bilateral summit with his Japanese counterpart Shinzo Abe, might be a coincidence, but is not without significance.

The forthcoming summit has genera­ted much enthusiasm in New Delhi and Tokyo as it is widely speculated that the much-awaited Indo-Japan nuclear agreement will be signed during Modi’s visit. The deal has the potential to change not only relations between the two countries; it can also pave the way for setting up American nuclear reactors in India and give the much required push to the stalled civil nuclear energy sector in the country.

“If the nuclear agreement happens it will be a real big step in Indo-Japan relations,” says Deepa Wadhwa, who was India’s ambassador to Japan till November last year.

But given the complexities of Sino-Japanese relations, especially their conflicting positions over developments in the East China Sea and islands in it, India’s growing ties with Japan are an area of concern for Beijing. What Modi wants to achieve and says during his Japan visit will be keenly watched by the Chinese.

The India-Japan summit will be discussed between Doval and Jeichi. Developing ties with the two rivals is a diplomatic challenge for India.

The summit in Tokyo is scheduled for November 11 and 12. But before that, on November 4, Indian National Security Advisor Ajit Doval and the Chinese State Councilor Yang Jeichi are meeting in Hyderabad. Both ‘special representatives’ were appointed by their governments to narrow differences on the unresolved boundary issue. But as fresh strains—like China’s opposition to India’s entry into the Nuclear Suppliers’ Group, its shielding of Pakistan-based terrorists from UN sanctions and the ongoing campaign in India to boycott Chinese goods—have crept into bilateral ties, Doval and Jeichi are also tasked with ironing out those irritants.

The India-Japan Summit, predictably, also becomes a topic of discussion bet­ween Doval and Jeichi, indicating how developing relations with these East Asian rivals pose a serious diplomatic challenge for India. Like Japan, India has fraught relations with China, but they offer several opportunities as well, especially in boosting the Indian economy and developing its infrastructure.

Unlike its ‘problem-free’ relations with Japan, India’s ties with China have mostly been seen through the prism of rivalry, not partnership. Yet, over the years, there is a growing realisation in both countries, both economic powerhouses, that they stand to gain a lot if they minimise differences and stress on areas of trade and commerce. The meeting between Doval and Yang is part of that process to improve and normalise relations.

But current strains in Sino-Japanese relations means Beijing will focus on the forthcoming summit in Tokyo to monitor latests developments in relations betw­een its two major rivals.

“Maintaining stability in Asia for its growth and prosperity is of vital impor­tance to both India and Japan,” says former Indian ambassador to Tokyo Hemant Krishan Singh. According to him that will be one of the main focuses of discussion during the forthcoming summit.

Keeping important sea lanes in the Indo-Pacific region secure and trouble-free is a top priority for not only India but also for other Asian countries. Moreover, much of today’s trade and commerce is carried through this region. However, competing claims over islands and resources in the East and South China Seas over the past months have created serious disquiet in the neighbourhood and have sucked in China, Japan, the United States and its Asian allies in the dispute.

Since Modi came to power in May 2014, developing strong relations with both the US and Japan have been his top priority. This has led to serious disquiet in the minds of the Chinese leadership, though the Indian premier has also made special efforts to manage India’s relations with China, visiting the country several times in recent years, as also inviting President Xi Jinping to India and engaging with him on various occasions.

Indian diplomats say consolidating the gains of what has been agreed between the two sides will be at the top of the agenda in Tokyo. The two sides have been trying to widen cooperation to a number of areas that include enhancing Japanese investment in the railways, infrastructure, smart cities, skill development, defence, automobiles and also for joint ventures in third countries, particularly, Africa. 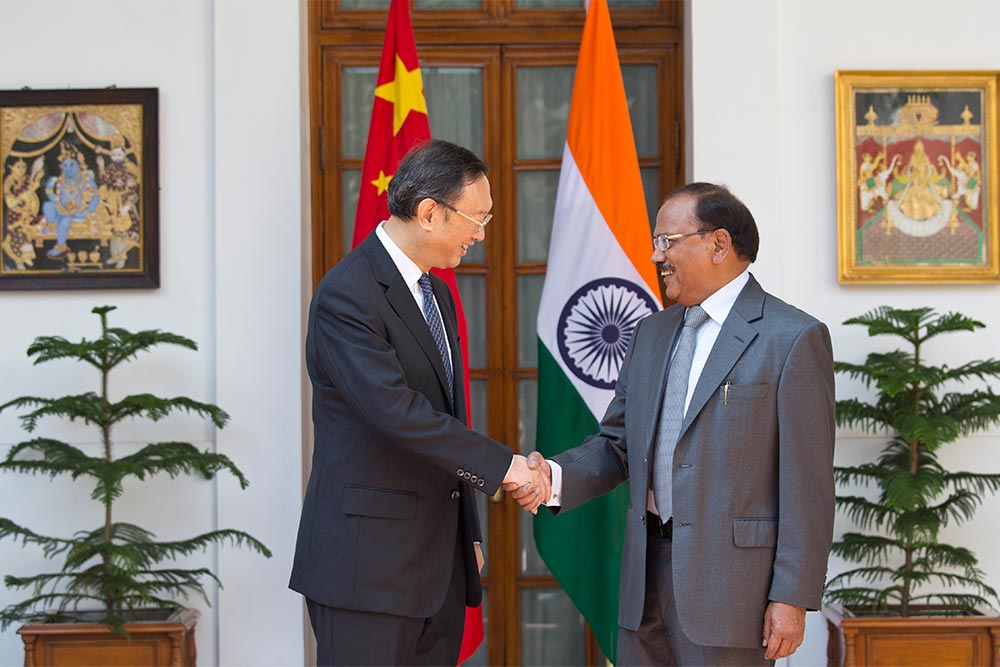 “India can well turn out to be the manufacturing hub for Japanese goods, esp­ecially its cars to be sold in Africa,” says Lalima Varma, professor of Japanese Studies at New Delhi’s Jawaharlal Nehru University.

But it is the Indo-Japan nuclear agreement that will be the highlight of the summit. For Japan, too, signing the nuclear deal with India is big step, not least because of Japan’s strong anti-nuclear lobby, who will certainly raise their voices over the fact that India is not a signatory of the Nuclear Non-Proliferation Treaty. PM Abe has already been under criticism for not pushing for a ban on nuclear weapons at the UN General Ass­embly. An agreement with India also weakens Japan’s critical stand against North Korea, a country that broke out of the NPT and poses a threat to Tokyo and others with its periodic and defiant nuclear and missile tests.

“Abe is taking a big political risk and when he puts its before the Diet (Japanese parliament) for approval, it will not be a very smooth process,” says a Japanese source.

But Deepa Wadhwa points out that much of Abe’s decision was prompted by the stagnation of the Japanese economy and his political instinct of having India as an ally. “Politically he is in a strong position and despite opposition from some sections, the overall mood in Japan is for cooperation with India on the civilian nuclear sector,” says Wadhwa.

The agreement will not only boost companies like Westinghouse, which is now owned by Japan’s Toshiba, but will generate jobs in the US and boost Japanese economy. It will also free up the market in India for France, Russia and others, since many of the vital components for the nuclear reactors that they are proferring to India are made in Japan.

But while Abe and the major Japanese industries are rooting for stronger ties with India, no doubt encouraged by Modi’s ‘business-friendly’ image, the vital question remains that apart from access to the Indian market, what are the wider expectations of the Japanese prime minister?

According to Hemant Krishan Singh, Japan is exceedingly becoming an imp­ortant partner in economic groupings like Bangladesh-Bhutan-India-Nepal and the Bay of Bengal Initiative connectivity. “India can also play a key role in Abe’s doctrine for a ‘free and open Pacific’, which aims to link the Pacific with the Indian Ocean,” says Singh. The two sides, he points out, can also collaborate in both investments in Africa and becoming its key security provider.

While Japan’s growing presence in Afr­ica has been bothering China, a major player there, for a while—a concern that can only increase with the proposed Indo-Japanese joint collaboration in the continent—Beijing will accord the highest importance to what Modi and Abe say on the East China Sea issue. On the sidelines of the G-20 summit in Hangzhou in September, Abe and Chinese President Xi had agreed to keep their rhetoric in check.

But keeping silent on developments in his backyard is not something one expects from a ‘nationalist’ leader like Shinzo Abe. Equally important for all parties will be to see how PM Modi manages to lend his support to Japanese concerns without ruffling too many Chinese feathers.

Irrespective of the final summit statement, there is little doubt that managing Sino-Japanese rivalry without jeopardising India’s own position and interest will continue to be a big diplomatic challenge for Narendra Modi.

Boys Don’t Want To Be Gentlemen