The FM’s new gold schemes are from an old, creaking vault 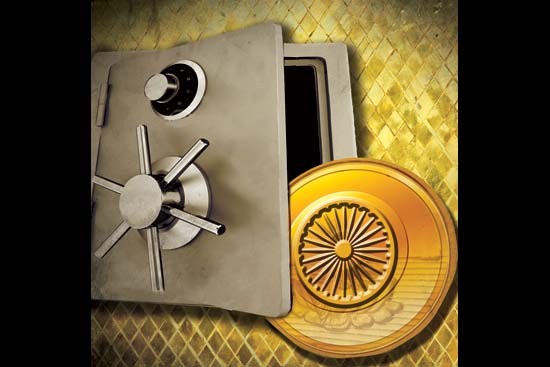 There are three things finance minister Arun Jaitley proposes to do with gold in India. First, since Indians import between 800-1,000 tonnes of the yellow metal every year, and we just leave it idle, there will be a new ‘gold monetisation’ scheme. This would be fun, if it hadn’t failed miserably in the years earlier when it was called a ‘gold deposit’ scheme. The point was to deposit your gold with a bank, at which point you get a certificate of purity and quantity of gold. Your account gathers interest at the rate of 0.75-2 per cent per annum, paid in gold.

The new gold scheme sounds exactly the same, though with a different name. It would allow people to deposit their gold (or jewellery) which is melted down to assess quantity and purity. That gold can then be used by jewellers to make more jewellery, saving them the import costs. Mea­n­while, if someone wants their gold back, the jeweller then finds some gold to pay it out. All this is done with the bank as an intermediary. This will ‘monetise’ the gold in your account; in a way, bring it into circulation.

At an interest rate of two per cent, even in gold terms, it sounds like a waste of time. In effect, since gold prices have fallen so much, you would have lost money in rupee terms, and people remember that. Finally, the issue is of how gold is used—as ornaments rather than as gold coins. Which means the price they get when they deposit the gold is very different from the price they pay when they get the gold back and want to convert it to ornaments again. A typical round trip—ornament to gold and then back to an ornament—costs upwards of eight per cent! For an eight per cent cost of conversion, why would any sane individual want to place his gold at 1-2 per cent per year of interest? The only entities that own gold but won’t use it are temples, and the failure of past schemes shows even they are not interested.

The second gold product is a government gold bond. So you buy a bond instead of buying gold. Again, this pays interest and can be redeemed in cash (equal to the gold price on that day). Unfortunately for the government, this concept has existed for years, in the form of gold exchange traded funds (ETFs) and gold mutual funds. These actually have the physical gold stored in a vault.

The sovereign gold bond, though, may not have the backing of actual gold (otherwise, it means the exact same thing—importing lots of gold to back those bonds). But without the backing of actual gold, all you’re doing is trusting in the government’s ability to find that gold when you want to redeem your bond. Now if we had that kind of trust in the government, we wouldn’t be buying gold in the first place, we would be buying government bonds, or saving certificates.

The third idea is that of an Indian gold coin. This is so that we do not have to import coins minted outside India. What is not apparent is: where is the government getting the gold to mint such a gold coin in the first place? If the answer is: we’ll import it, then I’m sorry, we’ve lost the plot. One might say a combination will work—people will deposit gold, the government will use it to mint coins, and some of the remaining will back the sovereign gold bonds. That, and new aeroplanes will be in the shape of pigs.

People who own coins or gold bars are supposedly a big target of this scheme. But most of them own it because they want to hide the money from the government in the first place. It’s going to be quite tricky to tell them, “Give us your gold, and we’ll not let the tax department know.” The one thing the government could do is to have RBI ‘monetise’ the gold reserves it holds. After all, if they really want people to come out and give up their gold for money, it would make more sense for RBI to lead the way. But RBI is likely to wait for those pig-shaped aeroplanes first.

The import duty for gold is still 10 per cent, and smuggling is rampant. The problem is really our artificial eff­orts to contain demand. Instead, if we contain inflation, our demand for gold will die a natural death. World gold prices have fallen, but so has the rupee, and to the Indian observer, prices are more or less stable. Low inf­lation over a long period—and ensuring that religious places are incentivised to monetise all the gold they collect—will help both demand and supply.

Till then, we’ll get our gold schemes, bonds and coins and scratch our heads about why, indeed, the Indian loves gold more than he loves his government.

Arithmetic And The Road Beyond