BSNL's ambitious OneIndia plan aims at uniting the nation with STD rates of Re 1 per minute. Is it feasible or is the PSU headed for a major disaster? 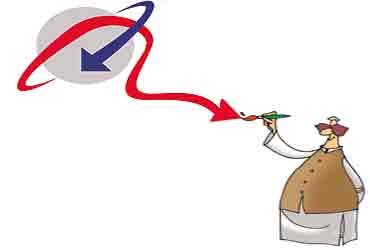 Under OneIndia, the state-owned BSNL and MTNL will technically charge a single tariff (Re 1 per minute for STD calls and Re 1 for three minutes for local calls) across the country. It's definitely a boon for the consumers. But how will it affect BSNL's operational and financial fortunes? Says a Delhi-based telecom analyst, "If anyone gains, it is the users who'll have to pay much less and the minister who can get political mileage out of it. BSNL will continue to bow to political diktats and lose."

Politics, more than economics or competition, is steering BSNL, India's largest telecom firm, towards a path that'll lead to a slow and painful death. In the near future, BSNL may go the now-privatised VSNL way. After the government opened up long distance for private players, VSNL lost its entire value as its share in its most profitable business was eroded. With competition biting at BSNL's heels, the first signs that the telecom PSU may take a terrible beating in terms of both marketshare and profitability are already visible. And political interference is now forcing BSNL to get into areas where profits are minimal or non-existent.