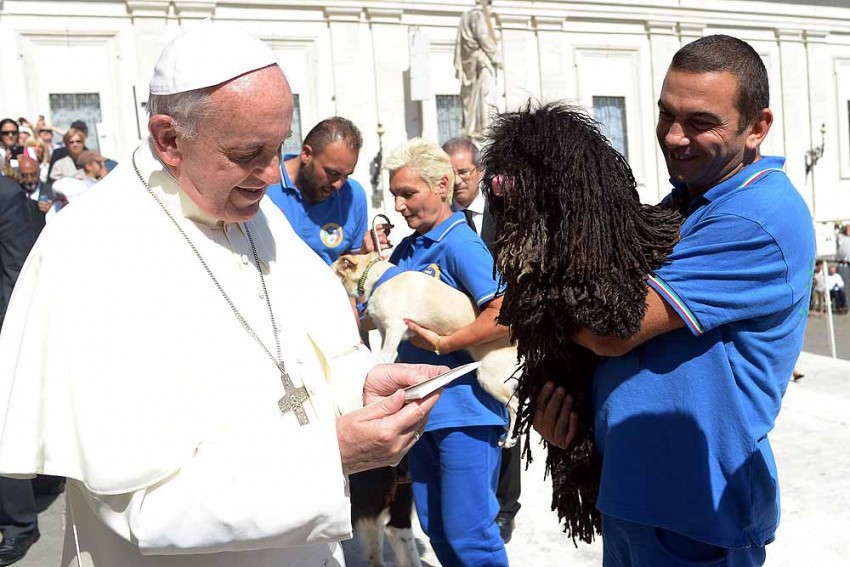 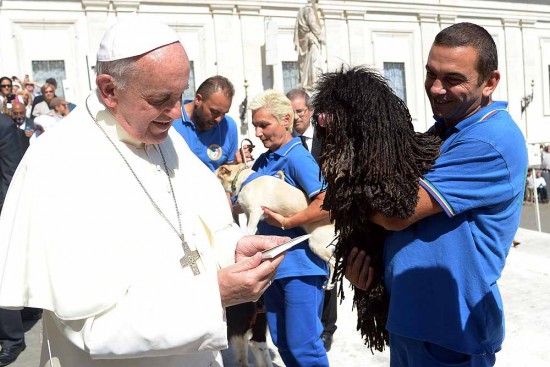 The cloud cover over Assisi had suddenly opened many windows to the luminous blue sky. After a long downpour in the afternoon, I could for the first time see the vast, sunlit landscape stretching below this mountain-top town in Italy, a pilgrimage for those who revere St Francis of Assisi, the 12th century mahatma most loved in the Christian world after Jesus. There was peace and joy—in the air and in the hearts of residents and pilgrims.

After all, Pope Francis himself had come as a pilgrim to Assisi the previous day. It was Argentina-born Jorge Mario Bergoglio’s first journey, after becoming the head of the Vatican in March this year, to the place immortalised by the saint whose name he chose for his pap­acy. And the air of Assisi still rever­berated with the wise words of the new pope, echoing the timeless wisdom of Saint Francis himself.

In his many extempore speeches, Pope Francis amplified two messa­ges that are at the core of Fran­ciscan philosophy: caring for the poor; peace in the world. “From this City of Peace,” the Pope said, “I repeat with the force and meekness of love: let us respect creation, let us not be instruments of des­truction!” Chris­tians and others cannot be unconcerned about those in the world who suffer. He spent hours with disabled children, jobless youths and poor immigrants, sharing the lunch they are served by a local charity. “Many of you,” he said, “have been stripped by this savage world that does not give employment, that does not help, that does not care if there are children dying of hunger.” Grieving over the deaths of 100 African migrants whose boat sank near the Italian shore the previous day, he said, “Today is a day of tears. It’s a disgrace. The world does not care about people fleeing slavery, hunger, fleeing in search of freedom.”

Then, in what is the main theme of his papal pronouncements, he denounced the unbridled materialism that has enslaved the modern world. Referring to St Francis disrobing himself before God in  renunciation and in solidarity with the poor, he said, “All of us must undress ourselves from this worldliness, which is contrary to the spirit of Jesus.” He said the worship of money and worldliness was the “cancer of society”, leading to vanity, arrogance and pride.

The pope’s clarion call is “a poor church for the poor”—and there’s a message in this for religious establishments of all denominations: the church will not be judged by its riches and outward grandeur but by its determined reaching out to the poor, the exploited, the unfortunate, the despondent. This, surely, is a new moral voice in the world, urging radical transformation in not only the internal working of the Vatican but also in the unjust, unethical and opaque economic and political systems governing the human race.

A few days earlier, as a Hindu participant in an inter-faith meet in Rome, I had heard the pope say: “Keep the lamp of hope lit, praying and working for peace. We cannot be indifferent and impotent in the face of the drama of children, families, elderly affected by viol­e­nce. We cannot let terrorism impr­ison the hearts of a few viol­ent men to sow grief and death for so many. As leaders of the different rel­igions, we can do very much. Peace is everyone’s responsibility, because the commandment of peace is inscribed in the depth of the religious traditions we represent.”

If Pope Francis’s call for change rings authentic, it’s because his own life embodies the change. A fabulous new book, Pope Francis: Untying the Knots, by Paul Vallely, tells in a critical and non-hagio­graphic style the story of the transformation of this self-confessed sinner who underwent an inner transformation that enriched him spiritually, changed his worldview, made him humble and, at the same time, deepened his fixity of purpose. Saying no to occupying the Apostolic Palace—“There’s room for 300 people here; I don’t need all this space.”—he now lives in a spartan guest-house at the Vatican. In another unprecedented move, within days of becoming pope, he went to a prison in Rome and washed the feet of 12 prisoners, including women, Muslims and atheists.

“He’s totally aware he must in some sense be a revolutionary Pope, not only for the Catholic church, but for the whole of humanity,” says Rabbi Abraham Skorka, who has known him for over two decades and co-authored with him the book On Heaven and Earth: Pope Francis on Faith, Family, and the Church in the 21st Century. Our world of searing problems and soaring promises certainly needs many spiritual revolutionaries like this pope.

The World Is His Wankhede