It’s fun, sharp, smart and irreverent. Pushes many of our sanctimonious envelopes. 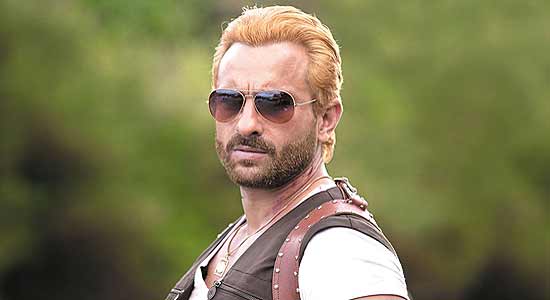 It’s fun, sharp, smart and irreverent. Smoking, drinking, drugs or “other shit”—Go Goa Gone pushes many of our sanctimonious envelopes. Why, it even sends up (quite outrageously at that) the name of a prominent political party. The mad tale of three friends’ encounter with “Hollywood ke bhoot”, aka zombies, in Goa, whizzes away effortlessly in the first half. Be it Chiranjeevi’s Dracula dance, a guy’s condom shopping, closure of a relationship in a restaurant, or saving your own life by correc­tly naming the capital of Uganda—the comic scenes hit the screen hilariously thick and fast. The catchy, heady music keeps pace with the swift narrative and the quirky lyrics are well in tune with the clever wordplay in the dialo­gue. In between, there are some nice lobs of fear thrown in as well. Having set it all up well, the film is unable to sustain its own energy and vigour. It begins to sag, the action gets protrac­ted and even the super­bly well-timed perfo­rman­ces from Kunal Khemu and Anand Tiw­ari can’t stop impatience from setting into viewers’ mind. I was left won­dering about the climax. Was the deliberat­ely thrust in moralistic end a creative compromise? All for making the film more palatable and acceptable for the strait-laced masses? Or was this an intelligent way of making an otherwise impertinent film get easily past the uptight, high-minded Censor Board? Whatever it be, it was a fun ride.