Go Figure It Out!

As the BJP and NCP warm up to each other, strange donations come to light 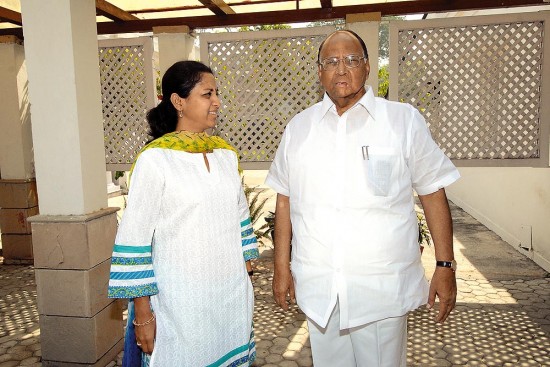 At Sharad Pawar’s 75th birth­day celebrations last fortnight, with almost the entire political pantheon lined up in attendance, Prime Minister Narendra Modi paid a rich compliment to the Maratha strongman, who had broken away from the Congress and launched the Nationalist Con­­g­ress Party (NCP) over Sonia Gandhi’s foreign origin. Pawar, said Modi, was like the proverbial farmer who can sense the weather and knows which way the wind will blow. Given Pawar’s long stint as agriculture minister, the analogy seems apt. But perhaps it was also loaded.

For it isn’t just Pawar, even corporate groups associated with his family members seem to have picked up his acumen. In early 2014, ahead of the general elections, a couple of them sensed the way the political wind was blowing and were quick to play their cards. On May 7, 2014, just a week before the poll results were announced, at least two real estate companies in which Pawar’s daughter Supriya Sule, an MP, and her husband Sadanand Sule are shareholders, donated Rs 3 crore to the BJP’s official account.