Give Them Their Daily Say 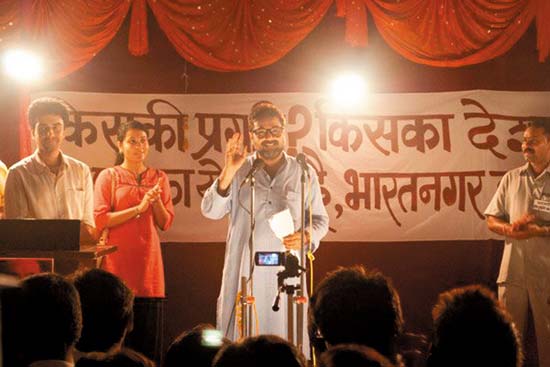 When I was working on and researching Shanghai, based more on Vassilis Vassilikos’s book Z than the Costa Gavras film, the idea that struck me was how the lives and destinies of a large number of people are controlled by a small bunch. It’s the way ‘representative’ governments seem to work. The interesting thing I found out was how 80 per cent of those whose lives are affected have no representation in the decision-making bodies. If you examine democracy closely, in how many decisions have we had a part to play? Most decisions are made without us having a say. It’s the venality of the state and the polity that doesn’t allow what could be a proper participation.

It’s about who keeps the keys of control. An issue like net neutrality affects the mid­dle class who have a voice, a platform and are the consumers, so it grabs attention. But there are millions hidden from the mainstream about whom we have no proper information, who themselves have no control over their own lives. We have disenfranchi­sed a huge group of people; their power has been usurped. They are the vulnerable—the poor and uninformed—and we are keeping them so. We are coopting them to run our own agenda and in the process they are harming themselves without even being aware of it. The powerless are a pawn in the system.

Even you and I are so vulnerable in just trying to get by. Imagine how much harder the life of a sharecropper in Vidarbha could be.

When we were researching on the SEZs for Shanghai I realised that the state often works as a violent, coercive force. It silences those who are easily silenced. The documentary evidence of it is all out there in the open, in the public domain—the FIRs, the court rulings. It depressed me to know how brutally life and people could be treated just because they could be. I have not read the Land Acquisition Act. Mine is a commonsensical worry: the protection of the vulnerable. In the hubris of development and progress, how much would that be enforced? I am not a bleeding-heart activist. I won’t say that my heart beats only for the poor. We are ourselves, even you and I, so vulnerable in just trying to get by. It takes me and wife weeks to get a simple birth certificate of our adoptive daughter registered amongst the confusion, misinformation and apathy. Imagine how much harder, tougher the life of a sharecropper in Vidarbha could be, and, in between trekking six miles to and fro for water twice a day how would the widow of a suicide keep tabs on the laws and byelaws of compensation?

Commonsense says that if property development in Mumbai could be so corrupt, illegal and wrong then little transparency can be expected in the name of infrastructure development in the backyards of Chhattisgarh and Karnataka. It would be naive of me to expect that the poorest in the chain will be sheltered adequately. Common sense says that if it’s not happening in the financial capital then it can’t be happening in the remote areas either.

If I have to find anything about Detective Byomkesh Bakshy I go to the YRF website (Yash Raj Films). What about the Land Acquisition Act? What do I click to get access to it or its various drafts? How much clarity and tra­nsparency do we have on it? Maybe we do. But an Average Joe like me does not know for sure. This is dangerous because opinions fly and debates happen without it having been read, analysed and scrutinised by those whom it affects.

(Filmmaker Dibakar Banerjee made Shanghai, 2012, on the issue of the SEZs)

The Mine Shafts Look Bare