Give An Inch, Take A Mile

The internal tactical games hot up, Panaji will be another battle 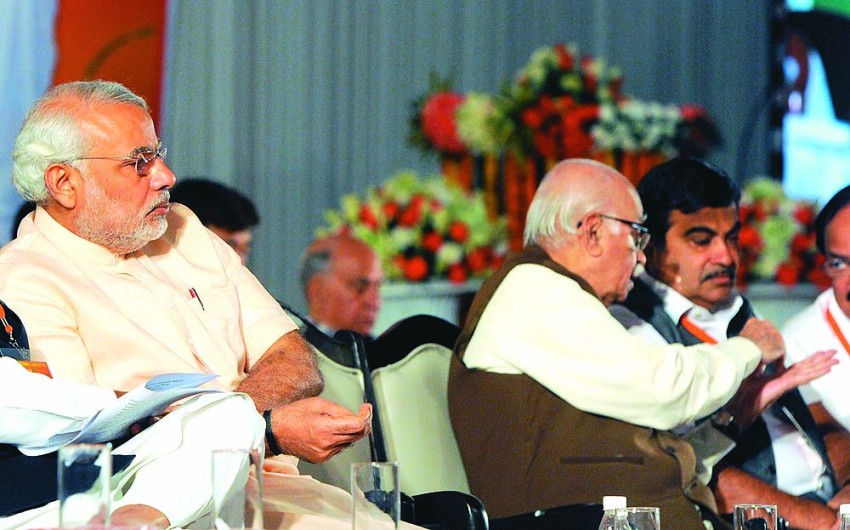 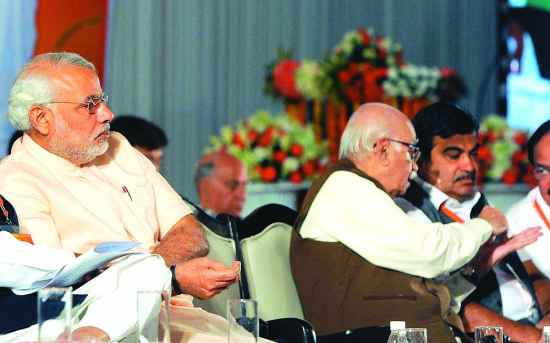 Much To-Do For BJP

When over 200 delegates of the BJP, including its top leadership, meet for the party’s three-day national executive starting June 7 in Goa, on the official agenda will be high-minded topics: internal security, foreign policy (shorthand for the Chinese incursion in Ladakh) and other grand themes on which the upa’s policies can be pilloried. Maybe they would do well to include one more thing: putting their own house in order. For, despite a new and seemingly ‘in charge’ president in Rajnath Singh, the age-old leadership issue still plagues it. Ins­ider accounts talk of much jockeying among prime ministerial aspirants, playing for leverage and positional advantage. Subtly but cle­a­rly, comba­tants in a silent war are prep­aring for a final, decisive phase of battle.

Quizzed by Outlook on what decisions could be expected in Goa, a party senior quipped, “how best to avoid taking decisions”. A member of the party’s parliame­ntary board, he explained, “There is no unanimity on the leadership issue even amongst the members of the parliamentary board. Camps still exist, and every top leader in the party believes that his or hers is the better candidature than the other’s for the post of PM or even the post of the head of the Lok Sabha election campaign committee. With that kind of clamour, how do issues get resolved?”

That’s good enough reason why something as clear-cut as an announcement elevating Gujarat chief minister Naren­dra Modi as head of the election campaign committee may prove elusive. Goa will likely see sections of the BJP, mainly second and third rung, urging Modi’s elevation, but the top leadership, say insi­ders, including president Rajnath, is likely to stay evasive. There are already signs of that with senior leaders like Sushma Swaraj saying the prime ministerial choice will have to be cleared at two levels—first by the BJP, which still has to make up its mind on projecting any specific lea­der, and second and only after BJP okays it, by its NDA partners on who may be unanimously acceptable.

That kind of position does little to help Modi, who party insiders say has ben­efited only marginally from the inclusion of his confidant Amit Shah in the Delhi power circles. As a senior RSS representative in the party points out, “Ever since Amitbhai has moved to Delhi, a large number of third-rung lea­ders are seen hobnobbing with him and it’s this section that will demand his elevation in the executive and later. In that sense, Narendra Modi has managed to build some support for himself, but it will be scuttled at the top level.” Already, an openly pro-Modi figure, maverick lawyer-politician and Rajya Sabha MP Ram Jethmalani, has been expelled from the BJP for six years for breach of discipline. 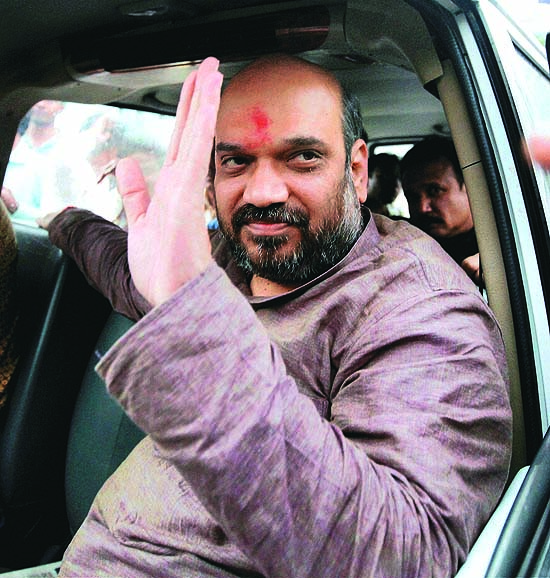 And Modi is not the only leader eyeing the crucial post of campaign committee chief. Murmurs of support for Murli Manohar Joshi are beginning to be heard in party headquarters, according to sou­rces. Meanwhile, veteran party leader L.K. Advani has set in motion the process of rehabilitating Nitin Gadkari. He has proposed the former party president’s name as the head of the election management committee that will oversee the state assembly polls due this year. Many within the party see this not just as an effort to get closer to the RSS via Gadkari, but also simultaneously as a move to nip Modi’s nomination as the head of the Lok Sabha poll campaign committee later.

In Delhi and Rajasthan, the BJP has been out of power and has nothing to show for the last five years.

What’s stymieing Modi’s chances further is a curious version of competitive regionalism. There are reports of a dedicated campaign against him by senior leaders in Delhi, who believe Modi is allegedly putting all his energies into ensuring that Shivraj Singh Chauhan and Vasundhararaje fare badly in their res­pe­ctive state elections so that he can mai­n­tain his clout as the tallest regional leader in the party. Meanwhile, the party leadership seems well divided between the Advani, Rajnath and Arun Jaitley camps, with leaders like Ananth Kumar, M.M. Joshi, Uma Bharati, Jaswant Singh and Yashwant Sinha backing Advani while others like Sushma maintaining proximity with both Advani and Rajnath. Jaitley reportedly still has Modi’s support.

Beyond individual ambiti­ons, there is a realm of genuine organisational thinking. Even if a temporary stalemate may be a positive thing for some factions, the real imminence of a Lok Sabha ele­ction (this year or next) makes it imperative that the party take some crucial decisions in Goa. There’s plenty to think about: the meet comes right after the party’s humiliation in Karnataka, which used to be hailed as the “gateway to southern India”.

In the case of Karnataka, they have at least rebel leader and former chief minister B.S. Yedi­yurappa to blame for their debacle. People found it difficult to forgive the corruption during his regime, they say. (That, at any rate, is a more palatable explanation for the party than the fact his new outfit—the Kar­nataka Janata Paksha—cut into BJP votes.) It is, however, the impending elections in Madhya Pradesh, Chha­t­tisgarh, Rajasthan and Delhi that is worrying the leaders more.

“There is no plan in place,” says a party leader, “at least none that’s been defined or discussed so far. The only thing we know is, state governments are to tom-tom their achievements of the last five years.” But state elections need more, he feels. “States have no idea what governance plan to offer to the electorate for the next five years.” And even if the party were to come up with a blueprint, it still has to deal with two crucial sta­tes—Delhi and Rajasthan—where the BJP has been out of power and has nothing to show for the last five years, except a crowing over the negatives of its rival, the Congress (which has been generous in offering them too). In short, say insiders, no walkover is expected for the BJP in the coming polls.

Senior leaders concede that while chief ministers Raman Singh and Shivraj Singh Chauhan are popular in their states, and may attract a positive vote from their electorate, there is a huge sense of anti-incumbency aga­i­nst party mlas that might be difficult to shake off. The situation is worse in Delhi and Rajasthan. The looming abs­e­nce of a tall figure complicates any challe­nge that could have derived advant­age from the Congress’s failings in Delhi. In Rajasthan, former CM Vasun­dhara­raje’s problem is the local RSS. When she lost her job to Ashok Geh­lot five years ago, internal party reports had blamed the lack of RSS support. Nothing much has changed.

With strategic readiness for the coming electoral battles being what it is, and tactical energies being consumed by the thought of having to deny advantage to rival factions, there is a good chance that Goa in summer may see a repeat of Delhi in March: wary moves of attrition.