Girls, Warts And All

Barbie—a bad influence? A new range of ­‘normal’ dolls may offer a remedy. 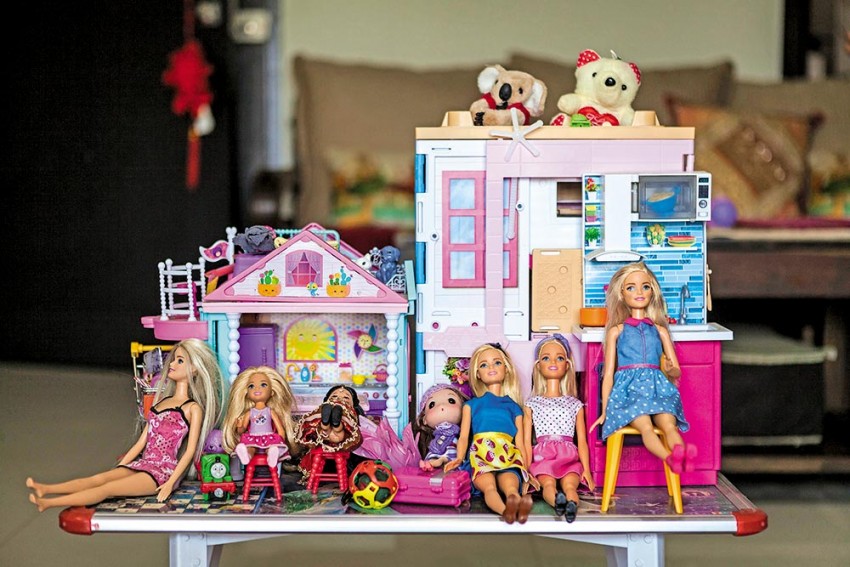 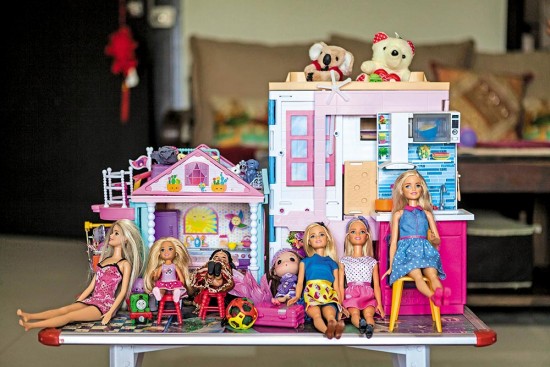 Life in plastic, it’s fantastic—but it was never meant to be realistic. With her stick-thin body and poker-straight hair, Barbie hardly looked the part of the everywoman. Inspired by the mid-century German doll Bild Lilli—sold by bars and toba­cconists and popular among Dutch sa­i­l­ors as a sex toy—Barbie doll was launched in 1959 by American toy company Mattel. She took the second half of the 20th century by storm: the Barbie culture now spans cultures and continents, with her image stamped on the minds of generations. Her impossibly perfect image. The critics would not be silenced: Barbie promoted an unrealistic and unattainable body image, leading to body perception issues and severe eating disorders among kids.

Enter imperfect Barbie. Mattel respon­ded—to the more plastic problem of plummeting sales, with a reported 20 per cent fall from 2012 to 2014, as well as the criticism—through a secret endeavour with a cryptic yet hopeful codename: Project Dawn. Dawn broke in January 2016; Barbies with normal body types, cellulite, acne and stretch marks, Barbies of different ethnicities, hair textures and skin colours now populate the shelves.

The new range appears to be doing well. “Today, Barbie is the most diverse doll line in the marketplace, offering a variety of body types, skin tones, hairstyles and eye colours. Currently, everything on Barbie is selling—the variety we offer is resonating, igniting more opportunities for storytelling and imagination through Barbie play,” says Lokesh Kataria, head of marketing, Mattel, India and South Asia, adding, “Over the past four years, the Barbie brand has been undergoing a transformation to maintain relevance with today’s parents and children and the world girls see today.”

Kataria further mentions that Barbie the brand has been performing well across India: “The preference of the brand has seen a considerable spike from both girls and their mothers due to both the evolution of the marketing message to focus on the type of play Barbie enables, and the addition of more variety into the line to include a more diverse offering.” Rivals too have arisen: Lammily, the ‘normal Barbie’ created by the evidently imaginative Nickolay Lamm, is the new ‘it doll’. More anatomically correct than your garden variety Barbie, she boasts an athlete’s figure. Makeup? Minimal. Her acne and stretch marks? She’s not bothered. 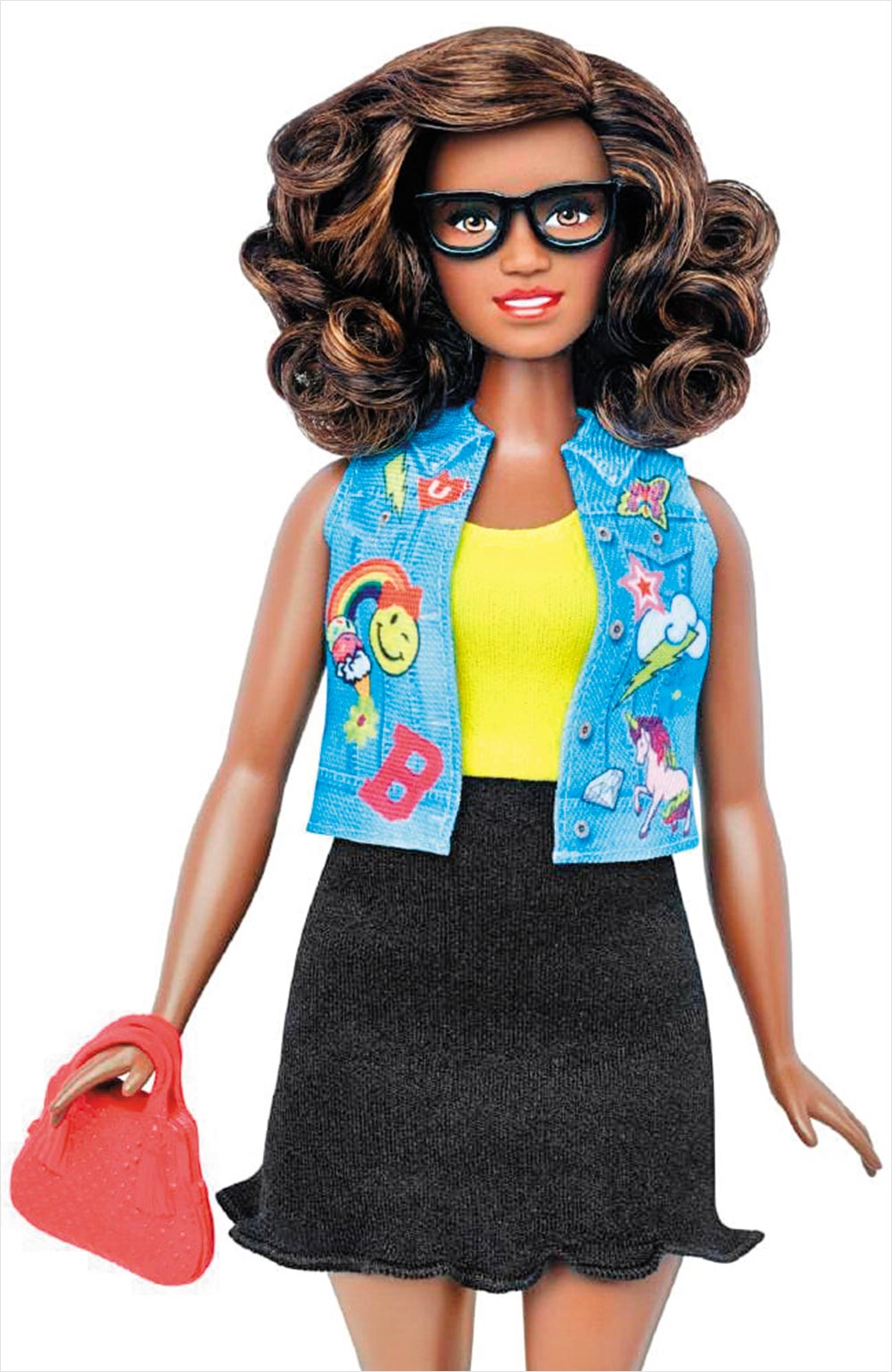 So, what has the orthodox Barbie wrought to provoke such a revolution? “Kids are impressionable, and are bound to pick up subtle hints and make their own assumptions, which could be faulty. Dolls act as companions, making it easy for the child to emulate the physical characteristics as well, be it the stick-thin figure of a Barbie or the muscular body of an action figure,” Mumbai-based psychologist Dr Anjali Chhabria tells Outlook. Kavita Devgan, a Delhi-based nutritionist, concurs: “It teaches children to aspire for a skinny body, as that doll has been made exceptionally thin with completely unrealistic measurements. They project an inappropriate and potentially dangerous representation of what the human form should be for young children.” Coming with makeup, clothes and other accessories, the dolls also put pressure on children to aspire to a certain lifestyle.

And what do children and young adults do to ‘emulate’ these plastic bodies? Nandini Raman, an academic in Delhi, says, “I see a lot of kids at school and college go through this identity crisis, sometimes even leading to eating disorders. Barbie is really far from what any woman looks like. Kids, at this impressionable age, end up self-harming, growing up with low or no self-esteem, lack of confidence and a poor body image.” Early on, Barbie’s manufacturers poured oil on these flames: in 1963, the doll came with a book titled How to Lose Weight, with strict instructions to eat little. Research has shown that Barbie, with her 36-inch chest and 18-inch waist, would lack the 17 per cent body fat required to menstruate.

Another dimension to Barbie’s global hegemony is that it reinforces an American, specifically a white American, conception of beauty, in an exercise of soft power. A 2003 study (The wonder of Barbie: popular culture and the making of female identity, by Lenore Wright) argues that Barbie embodies an American zeal to legitimate their country as a superpower—an ­aspiration that’s largely been fulfilled, as seen in the pop-cultural legitimacy of other American cre­ations like Superman and Batman. With an asc­endant Barbie, the terminology of ‘pretty’—a limited lexicon consisting of ‘white’, ‘slim’ and ‘blonde’—gained a fresh bulwark. And this exclusive whiteness exemplified another American phenomenon, claims the study: the marginalisation of other races in that country.

In the Indian context, such aesthetic compulsions help drag the colonial hangover into the afternoon; memsahib is alive and well. Swati Pal, principal, Janki Devi Memorial College, Delhi, recalls, “Not just the Barbie doll, but all the wal­kie-talkie dolls I saw as a kid, were fair and had blue eyes and golden hair. Owning a doll like this was a really coveted thing, an aspiration. And what a perpetuation of a stereotype.” 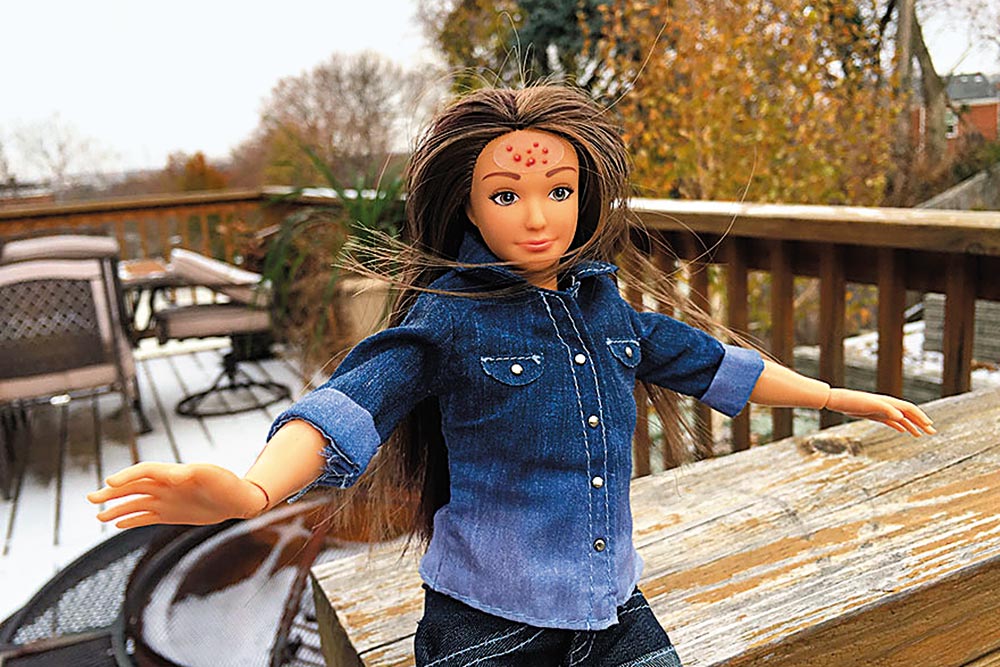 How useful is imperfect Barbie as a remedy for such maladies? Psychologist Dr Seema Hingorrany is hopeful: “The new range of imperfect Barbies helps us understand that we are not plastic, and hence cannot be perfect.” She adds, “The truth was that beauty was what the aura depicted, which was not told to girls. For generations, the concept and definition of beauty were distorted, which thankfully is corrected now.”

Recalling the psychological effects and consequent eating disorders, Devgan says, “If for nothing else, then to help undo the damage the earlier imp­ossibly thin (almost anorexic-looking) Barbie had inflicted on the psyche and thought process of an entire generation or two of growing children. Hopefully, the curvy Barbie will give girls a more accurate and realistic view of body image.” The new range’s inclusiveness may also be a plus, although even this reinstates stereotypes—perhaps it’s only that there are more of the latter to choose from now. “I appreciate the effort the makers are putting into the way they are bringing the dolls about now: pilot, gymnast, doctor, rock star, the doll can be anyone. And yes, now she can also be fat and dark, curly and freckled, in jeans and wearing keds,” says Anubhuti Krishna, a mother of two girls who otherwise has a strict anti-Barbie policy.

It’s been nearly three years already, and Mattel seems upbeat. The realistic Barbies look like a tribe of young girls who children of all appearances can relate to—and this seems part of a wider trend. Nowadays, challenging the traditional catwalk, we see fashion shows for women with dark skin, acid burns and disabilities, and plus-size women. Only time will tell whether all this is merely an intellectual exercise or a real social movement.

I See Tripura As The Gateway To The Northeast: Biplab Deb