Qandeel Baloch’s feisty life and deplorable death are dealt with in detail, but not in its unknown depths. Instead, Maher takes in the changing Pakistani scene in all its colours. 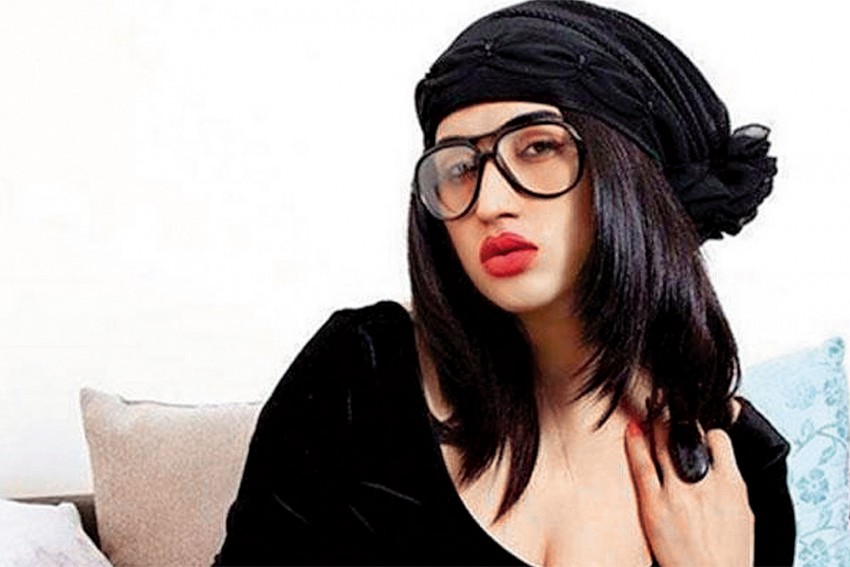 Smart, sassy and controversial, Qandeel’s videos made her a star
Arifa Noor June 06, 2018 00:00 IST Girl Who Made Eyes & Kicked The Hornet’s Nest 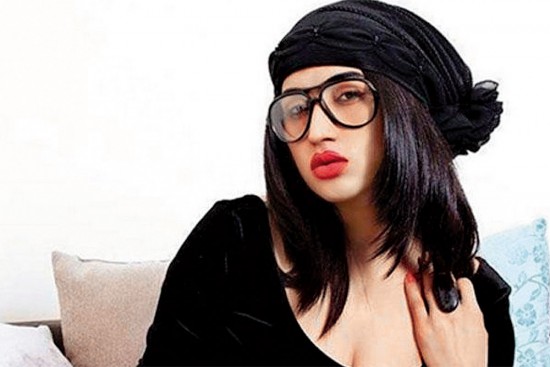 Qandeel Baloch would have approved of the cover of the book by Sanam Maher—its eye-catching colours are reminiscent of her vibrant personality, and even Qandeel could not have painted on the eyeliner better. And the pages inside live up to the cover’s promise. Maher, a Karachi-­based journalist and first-time author has put together a fascinating read, which is so much more than a traditional biography of Qandeel, Pakis­tan’s social media star, who shone brightly but alas, briefly.

Tracing Qandeel’s journey from the South of Punjab to Islamabad, Karachi and then back to her village (on that fateful night when her brother killed for ‘honour’), Maher does not just capture a young woman’s rise to fame. She provides her readers with an intimate and insightful picture of the world Qandeel lived in, where modernity jostles (at times gently; at times violently) with tradition.

Maher takes us on a whirlwind tour of the modelling world, where we meet asp­iring models as well as cynical ones. A discussion on cyber-bullying allows her to introduce a woman who left beh­ind a bad marriage (and bad bosses) and now helps women being blackmailed or bullied online. The reporter, who was the first to find out about Qandeel’s death, takes the opportunity to paint a picture of the country’s flourishing news industry, where young men and women,  hungry for scoops, pursue stories with dogged determination. The result is a picture of Pakistan which is far from the stereotypical one of a conservative society which grapples with extremism and where women are usually the victims. The women who live during the times of Qandeel know how to take charge of their destiny and not surrender to fate, bullies or repressive families.

But all of this is woven into a rich tapestry, which tells the story of Qandeel, who left behind a life of quiet desperation in a small village to strike out on her own. It’s hard to say what she wanted to do when she left and Maher is intelligent enough to not assume that she was driven by obvious dreams such as being a model or an actor. She moves from a women’s shelter to a job with a bus service in Islamabad; by the time she reaches Karachi, Qandeel discovers that in these contemporary times, she doesn’t need a hit film or drama or a mentor or even styling team (with borrowed branded clothes) to become an instant star. All she needed was a phone and some gumption.

Pakistan here doesn’t conform to the stereotype of a conservative society where women are victims. Qandeel’s fellow women take charge of their destiny and fight repression.

Qandeel had plenty of it. Anyone who has seen her videos can testify to this. From cricket to her fever, from her catchphrase (“How I’m looking”) to filming herself in a hot tub, she managed to keep an entire nation hooked. The jaws of an entire nation dropped when a bikini clad Qandeel promised a striptease if the Pakistan team won a cricket match.

The Qandeel that appears in this biography is an intelligent woman who uses her videos as a catapult to fame in an age where one picture or a video can mean instant stardom. Maher stresses on Qandeel’s success by narrating the story of the handsome chaiwallah who lands fame, fortune and modelling jobs after just one picture. But the subtle parallel drawn by Maher shows that luck is just not enough. The chaiwallah gets instant fame and handlers, yet his own lack of understanding and discomfort with the new world means interest in him wanes soon. No such misses for Qandeel, who singlehandedly manages to sustain the interest and is called in for prime-time talk shows where she locks horns with hosts and mullahs alike.

But Maher makes little effort to delve into Qandeel’s life beyond what is in the public eye. Perhaps, the lack of information is due to the difficulty of tracing the lives of young, unknown women who come to big cities with burning ambition and little else. Or the writer deliberately doesn’t want to assign motives to Qandeel’s choices or decisions or to delve into what she did and how she made a living. This allows Maher to avoid falling into the trap of pigeonholing Qandeel, as the elite in Pakistan did when she was alive by mocking her pronunciation. Maher could also have been reticent in order to avoid discussing Qandeel in more stereotypical ways, where morality or other cliches may have forced their way in. Maher lets the young social media star remain a mystery—forcing the reader to continue thinking about Qandeel, long after she has turned the last page.

What Maher does provide are character sketches of many other contemporaries of  Qandeel, who also flourished in some way. The flirty Mufti Qavi is one such exa­mple. After having appeared on a show or two with Qandeel, he meets her on a trip to Karachi; their selfies in his hotel room led to a storm of protest. But in Maher’s hands, he comes across as more human and flawed than we are soc­ialised to expect of clerics. Indeed, her consummate skill as a writer lies not in her descriptive passages of places, but when she writes about people. She avo-ids any judgment, but brings them to life, per­­fectly relatable in all their imp­erfections.

The women, of course, are the real her­oes of this book. Each one of them (Qandeel, Khushi, the model-turned-event manager, the female police officer in Multan) brings a glimpse of a Pakistan rarely covered in everyday news coverage. None of them—least of all Qandeel—is a victim. Maher’s account of the outpouring of grief on her death by a whole nation, including the parents who mourned her death and wanted their son punished for his crime, ensures Qandeel doesn’t bec­ome a victim even in her death.

This is not to say it’s a feel-good book. Far from it. The author covers unflinchingly the struggles of women who deal with harassment and violence, cyberbullying and blackmail and the suicides that often follow these. Qandeel’s heinous murder at the hands of her brother, in the name of ‘honour’ is also dealt with unsparingly. The ugly ‘tradition’ of ‘hon­our-killing’ was so endemic in Qandeel’s hometown that “every second or fourth day some girl is killed and thrown in the river”. But this wasn’t just some girl and some murder. Her death is noticed and the culprits are eventually caught.

In writing of Qandeel’s brother and her murder, Maher deals deftly with the notion of ‘honour killing’, showing how it is linked closely to other people’s opinion rather than actual behaviour. Her brothers as well as her parents were aware of what she did, as were many of their fellow villagers. But it’s only after the open secret of Qandeel’s identity is revealed in the media that the community begins to pressure her brother and he feels forced to act. Till then, he was comfortable accepting her money. Qandeel’s ‘sin’, it seems, was not what she did, but to become so famous that her family and her hometown could no longer ignore her ‘dishonourable’ behaviour.

But even in her death, Qandeel could not be ignored. Within three months of her murder, parliament legislated to pre­vent family members of pardoning those convicted of ‘honour killings’; now they can only pardon the death penalty handed to a killer and not his imprisonment. Qandeel helped make this possible.