Ghost Burial That Wasn't to Be

A must-read memoir it sure is. But if you are looking for answers, there are none. 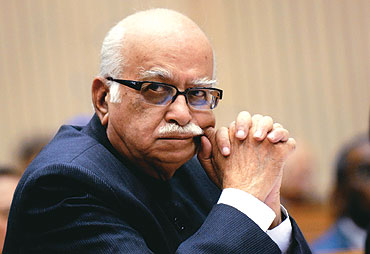 It is a fair assessment but something is missing. After the 1984 pogrom of the Sikhs when Advani stood for election to the Lok Sabha, I signed his nomination paper. The Sikhs were determined not to vote for the Congress because its leaders and cadres were involved in the killings and yet not sure of the BJP. They were undoubtedly influenced by the publicity given to my signing Advani’s papers. Advani won and came to thank me.

I visited Advani’s home a few times. I was charmed by the congenial atmosphere. They watched Hindi films, welcomed anyone who dropped in. I felt comfortable. I also admired him. There was not a breath of scandal about money, nepotism or extra-marital affairs about him. He was a puritan: he neither drank, nor smoked nor womanised. He was clear-headed and modest. My disenchantment began after he launched his rath yatra from Somnath to Ayodhya. I turned critical. At a public meeting at which I was presiding, he was the chief guest. He was then home minister and arrived with a retinue of Black Cat commandos. I said on his face, "Mr Advani, you sowed the dragon seeds of hatred in this country...." And much else. In his address, he said he would answer my charges at a more appropriate time. I hoped to find them in his autobiography; they are not there.