A man who stood by his convictions, even if it offended others 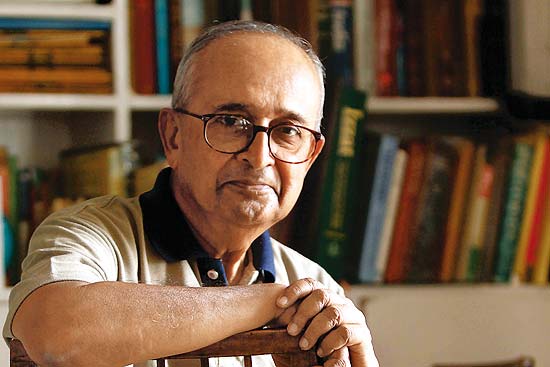 With the possible exception of Shamlal, the legendary editor of the Times of India who died in 2002, no journalist has received as many deeply felt tributes and accolades as George Verghese did on his death. Every one of those is richly deserved, for in his half-a-century as a journalist, I never met anyone else with as deep and idealistic a love for his country as he felt. This diamond-hard honesty sprang from a belief that Indians could only serve their country if they were as honest with themselves about its failings as they were proud of its successes. A couple of decades ago, when George had not become the iconic figure he is today, we would sometimes fondly refer to him as ‘St George’. Today, most of us would agree that if any journalist deserves canonisation, it would be him.

George’s early writing is redolent of his faith in India’s future. In 1962, while an assistant editor in the Times of India, he decided to celebrate India’s 15th year of independence by travelling across the len­gth and breadth of the country to bear witness at first hand to the emergence of modern India. His articles appeared in the Times of India once a week for two years and were published by it in 1965 as Design For Tomor­row: Emerging Contours of India’s Development. In India, this was a journalistic first. His faith in the future struck a strong chord in Indira Gandhi, who invited him to be India’s first principal information officer in June 1965, and to become her information advisor when she became the prime minister a few months later. Four years later, he bec­ame the editor of the Hindustan Times. Under him, the newspaper adopted Chha­tera, a village in Haryana, not far from Delhi and chronicled its change weekly as it blossomed under the impact of the Green Revolution. A common thread in George’s thinking through this period was his profound belief in the transformative powers of technology. This led him to write extensively on the harnessing of India’s river wat­ers and to an unflinching support for the construction of large dams, which stayed with him long after the social and ecological damage they did had become apparent. But the other side of his thinking was an equally deep anguish over the way ‘development’ was ravaging India’s tribal societies.