Gaps In The Mesh 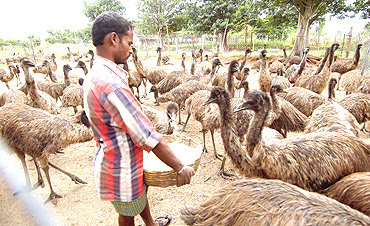 Unlike some other states, Tamil Nadu’s farmers, if not content, have certainly not been driven to swallowing pesticide. One reason is a good public distribution system, where farmers have had access to whatever sops the government of the day has announced—irrespective of the party they vote for. Also, rural-urban linkages are strong, helping farmers move to towns for jobs if necessary.

A spread-out industrial network has meant higher land prices and jobs. But in the interiors, farmers have to depend on their land as a means of livelihood. It’s a mixed picture in the villages near Sriperumbudur. The overwhelming crop is paddy in this rain-fed area. Last November’s Cyclone Nisha destroyed the crop that was to be harvested in December.

Keeranallur, with a population of 2,000 (predominantly SC), is 10 km interior from Sriperumbudur. Around 100 youth from this cluster of villages, including 25 from Keeranallur, did find jobs in the industrial belt. However, only five from Keeranallur continue to be employed. "The others got laid off...