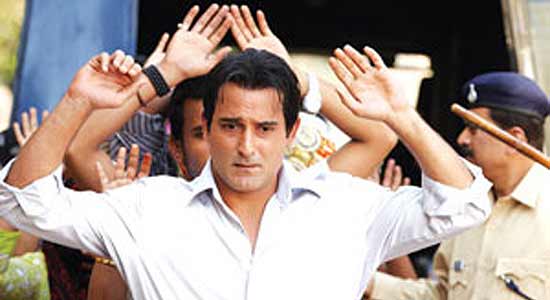 Gali Gali Chor Hai is half-baked and slipshod, looks terribly dated and has been very loosely edited. It is as though Jafry began by making a film on marital discord a la Pati Patni Aur Woh and then suddenly, in the bustle of Anna Hazare’s campaign, decided to focus, instead, on the common man’s (Akshay in a new toupee) encounters with a corrupt system—politicians and police in particular. To get the corruption angle in, even a song by Kailash Kher is shoved in.

The result is a random, disconnected screenplay. The main track plays out like some convoluted TV serial episode. The sidestory that sees Akshay’s wife (Shriya) getting suspicious of the sexy paying guest (Mugdha) becomes irrelevant. Even genuinely quirky episodes, like having to shell out Rs 31,000 for a junky tablefan, lacks spark. The ambience of small-town Bhopal isn’t well explored to its potential.

GGCH has a competent set of actors, but the film is too weak to enable attempts to rise above it. One wonders why ‘choosy’ Akshay has to pick such dreadful films. The only thing to watch for—and for all the wrong reasons—is Veena Malik’s item song Channo in which her electric chemise pays homage to Big B’s bulb suit in Yaarana’s Saara zamana.