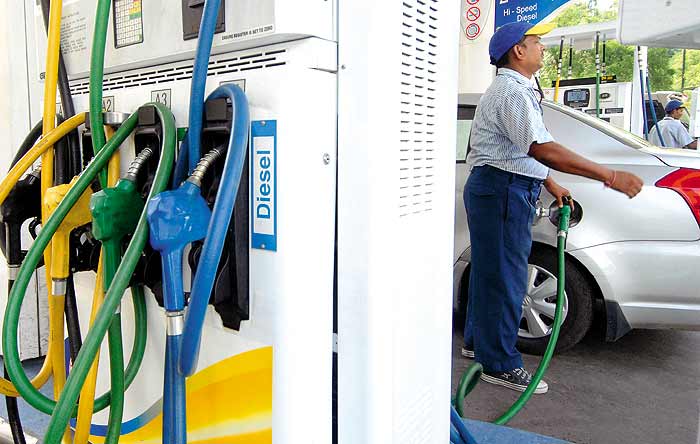 Let me begin with one of my pranks, which involves a brand new (and sometimes yet-to-be launched) diesel car and a fuel pump attendant. I drive in and ask him to fill up. “Petrol or diesel?” he asks, a touch confused about a car he hasn’t seen before. “Sasta kya hai?” I ask. “Diesel,” he naturally says. “Phir diesel dalo!” I instruct him with a poker face. The reactions are brilliant—ranging from bemusement to utter shock. Of course, the game is up the moment he opens the fuel tank flap and spots the ‘Diesel Only’ label.

The point is that 10 years ago it would have been hard to pull a juvenile stunt like this. Diesel cars were nowhere near as refined as they are today and the clatter from under the hood would betray the car’s diet even before it pulled into the forecourt. The first crop of diesel cars and SUVs came with vibrations that threatened to knock the fillings out of your teeth and a racket loud eno­ugh to wake up your neighbours. Then came the breakthrough that would change the character (and perception) of diesel cars forever.

With CRDI tech, modern diesel cars come close to their petrol brethren for refinement and often beat them when it comes to performance. Diesel fuel efficiency is now even better than before (around 25 per cent higher than petrol) and when you factor in the massive (and growing) price gap between a litre of petrol and diesel, buying a car powered with the latter seems a no-brainer. Or is it?

The hardware that goes into a modern diesel engine makes it significantly costlier than a petrol one. There’s also the added cost of a beefed-up gearbox and hardier mechanicals diesels typically require. Diesel cars thus are significa­n­tly more expensive than the petrol equivalent and hence the general assumption is that unless you drive a fair bit daily (over 30 km on an average) there’s little point in forking out the extra cash, which could take years to rec­over. Besides, the maintenance cost of a diesel car is usu­ally higher courtesy shorter service intervals and pri­cier consu­mables like filters and lubricants. However, this often gets confused with reliability and there is a perception that die­sels don’t last as long as a petrol motor. It’s quite the opposite. Due to the abrupt, even violent, combustion process of a diesel engine, the innards have to be hard-wearing and dur­able. It’s not uncommon then for a well-maintained die­sel car to have done more mileage sans an overhaul than Apollo 11.

Petrol fans will argue that no diesel can quite match the smoothness and refinement of the best petrol engines. Also, the free-revving nature of a petrol car gives it a sportier feel. Whilst all this is true, the case for buying a diesel today has never been stro­n­ger. And that’s because the differential bet­ween petrol and diesel prices has never been wider—aro­und Rs 25 at current pump prices as agai­nst a gap of Rs 12 two years ago.

Will the huge disparity in petrol and diesel prices stay? That’s a multi-crore question with no clear answer. The logical thing to do is to remove diesel subsidies and move to free pricing. Sadly, logic and good sense are in short supply in the policymaking corridors nowadays. Instead, we’re faced with the possibility of ano­ther illogical (and artificial) move to correct the distorted skew in the demand for diesel cars by taxing them further. The uncertainty over government policy on diesel subsidy has got assembly lines in a twist, but what does it mean for the consumer?

Faced with the prospect of some sort of tax on diesel cars in this year’s budget, it would seem that the best time to buy a diesel car is now. But, there’s no need to rush to your nearest showroom. The fact is that market dynamics (led by pet­rol-diesel pricing) has already put a premium on diesel cars. Heavy discounts on petrol models on the one hand and escalating prices of diesel cars on the other has made the diesel-petrol gulf wider than ever before. Hence, any reasonable levy that’s brought in could merely replace the premium die­sel cars currently enjoy. So it’s best to wait and watch if the budget gives any thought for fuel.

(The author is editor, Autocar India.)