Siachen, irreversible line in the snow 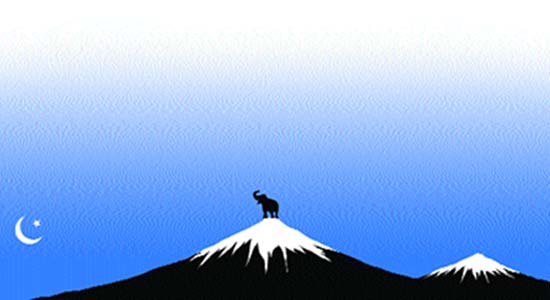 The military conflict over the Siachen glacier began 25 years ago, catapulting it to the world’s highest battle zone and demonstrating the limits to which human endurance and military ingenuity can be pushed. The strategic consequences of the conflict, like the slow but relentless movement of the glacier, have been irreversible.

But first, the origin of the dispute. Pakistan had linked with China not only with the road over the Khunjerab Pass but also with cartographic intrusion by unilaterally joining the lac (Line of Actual Control) in j&k with the Karakoram Pass on the India-China border. China was clearly complicit by insisting with India that the area was disputed. Pakistan had also commenced permitting foreign mountaineering expeditions into Siachen. This was confirmed by Indian military mountaineers sent to the area, leading to military teams going up the Saltoro mountain range to deny the passes for entry into Siachen. Pakistan initiated a major military venture to occupy these passes, and Prime Minister Indira Gandhi wouldn’t countenance this. The Indian army pre-empted Pakistani plans by a daring operation, and the rest is history.

What started as a small-scale military action became a permanent military occupation, having lasting consequences on both countries. For one, the Indian occupation of Siachen was tantamount to another humiliation for the Pakistani military. Benazir Bhutto rubbed this in by her scathing criticism of Gen Zia-ul-Haq, which became a rallying point of her rise to power in Pakistan. The Pakistani military was forced in the many rounds of Siachen talks with India to insist on one point—seek an Indian withdrawal.