Free And Fair In Kashmir

The presence of international observers will strengthen New Delhi's hands.
Free Speech: What do you think? 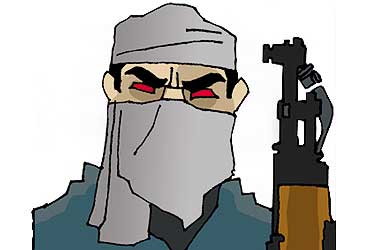 outlookindia.com
-0001-11-30T00:00:00+0553
In their address to the nation on December 13, both Vajpayee and Advani called the attempt made by a militant suicide squad to penetrate Parliament an attack on Indian democracy and a challenge to the Indian nation. This is pure rhetoric. What the terrorists actually did was to demonstrate their blind, utterly impotent hate at the cost of their own lives. India is too vast, and Indian democracy too stable to be shaken by an attack on a building or the people who occupy it. In fact, it was not shaken. The stock market barely flickered. The Lok Sabha met again the next day. The only thing that changed was that the terrorists were dead. If Vajpayee wishes to look for symbolism in the attack, this is the place to start.

Since Kashmir was the terrorists’ self-appointed cause, it is in Kashmir that the government should demonstrate their impotence. The amnesty to Kashmiri militants that Delhi is reportedly considering, as a first step in political normalisation before the state elections, will be the best place to start.

The time is opportune: Pakistan has had to sever links abruptly with the Taliban and to abandon the thousands of Pakistani jehadis fighting in northern Afghanistan. Musharraf is trying to turn a crisis into an opportunity and root out the worst of the fundamentalist organisations within Pakistan. The US is putting quiet but relentless pressure on him to stop supporting terrorism in Kashmir. The defeated remnants of Pakistani and Arab Taliban are filtering back into Pakistan even as I write. Few of them will be prepared to take to another battleground on behalf of the ISI, for they feel they will be betrayed again. But they are thirsting for revenge. Musharraf and the ISI may soon find their hands full at home.

Pakistan’s betrayal of the Taliban has also reinforced the distrust of the Kashmiris. "They betrayed us once in 1990; they have now betrayed their own creation, the Taliban. They will not hesitate to betray us again if it suits them," is a common refrain. It has also tilted the balance once again within the Hurriyat Conference, towards a renewed dialogue with Delhi. Today, if New Delhi gives the right assurances and does the right things, it might be possible to persuade the majority of the 23 organisations that make up the Hurriyat to band together and fight the next election.

Kashmiri political groups have been debating the pros and cons of contesting the next elections for some time now. All of them look at the prospect of another six years of government by the National Conference with dread, for they know that it will mean six more years of being caught between the jehadis’ bombs and the security forces’ crackdowns. They realise that elections are an alternate way of acquiring real political power. They also know that electoral success will give them the right to renegotiate Kashmir’s relations with India and to press Pakistan and the jehadis in Muzaffarabad to give peaceful negotiation a chance.

However, they are also aware that many of their own followers will regard their agreeing to fight an election as a virtual surrender of their decades-old demand for independence. It will thus make them vulnerable to the charge of having sold out to India and betrayed the thousands who gave their lives after 1990. The silence of most Kashmiri nationalist leaders on the issue of elections stems from their need to balance this possibility against the peoples’ yearning for peace and their awareness that violence alone cannot bring an end to their problems.

What neither the Kashmiri nationalist groups nor the Indian State can afford is to have the former first make the commitment to fight elections and then find it has been rigged. For defeat in an election that cannot unambiguously be certified as free and fair will also discredit the leaders and send another wave of angry young men across the border, much as they themselves had gone in 1987. There is an impressive consensus in Kashmir that the surest way of ensuring a free and fair election is to hold it under governor’s rule. An ex-militant leader went so far as to concede that most Kashmiris know that an election under governor’s rule would be fair, with no international observers needed.

That may be true, but the fact remains that bringing Kashmir under governor’s rule once more will prove extremely difficult. The Bommai vs Union of India judgment of the Supreme Court has made it virtually impossible to use Article 356 except in the rarest of rare cases. What is more, once the state assembly’s six-year term expires, there is no way in which the Election Commission can put off fresh polls if the state government certifies that the law and order situation permits one to be held.

If Kashmir cannot be put under governor’s rule, then it is all the more important for the Centre to convince Kashmiris that the next elections will indeed be free and fair. Various Kashmiri groups have suggested that the best way to do this would be to invite international observers, but New Delhi has been allergic to the suggestion. However, given how important it is for Kashmiris as well as for India that the next elections should be above reproach, the Union government would do well not to stand on its pride and meet the Kashmiri nationalists more than halfway.

Inviting international observers has become common practice now: both Sri Lanka and Bangladesh have done so in various ways in the recent past. If the world sees the elections as having been fair beyond reasonable doubt, it will immeasurably strengthen the hands of the next Kashmir government not only for negotiating peace and an autonomy package with Delhi but also for asking Pakistan and the jehadis to back off. Hence, the presence of international observers will strengthen New Delhi’s hands and not weaken them in the negotiations which lie ahead.