2001 didn't begin all too well, but it has ended better. We have graduated to becoming a quasi-ally of the US and carved a major role in Afghanistan. 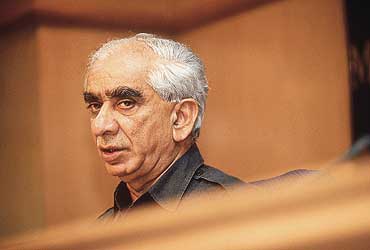 outlookindia.com
-0001-11-30T00:00:00+0553
The first Saturday of December 2001 caught Union minister for external affairs Jaswant Singh in a reflective mood at Delhi's India International Centre. For nearly an hour, he took stock of how India's foreign policy had evolved under his tutelage. He told a select group of career foreign policy buffs, a group that included former foreign secretaries and ambassadors, that before he took charge, India had lacked a "clear strategic vision". The implication was clear to everybody in the room: Jaswant Singh had brought a "clear strategic vision" to India's foreign policy. Those in the room were left with no doubt that the minister was taking credit in a forthright manner for some successes in the diplomatic arena.

Before the group adjourned for a congenial continental lunch, there was no time to ask the foreign minister some probing questions. But the score-card speaks for itself. On the face of it, the accumulated effects of India's foreign policy were being felt in the neighbourhood throughout the year. As 2001 dawned, Hrithik Roshan's pictures were being burnt in Nepal and everything Indian was being openly reviled. At the southern tip, India had been airbrushed out of the political picture in Sri Lanka; New Delhi had been reduced to a consultative-spectator in an Oslo-driven peace process in its own backyard. In Bangladesh, resentment against Delhi was rising steadily, spilling messily over at Pyrdiwah, testifying that less than 50 km of undemarcated boundary came with far more serious bilateral implications than New Delhi had earlier made allowances for. On the immediate west of New Delhi, there was that perennial dilemma: Pakistan. Month after agonising month was spent on a sterile debate on which members of the All Party Hurriyat Conference could be sent to Pakistan with "valid travel documents". India's neighbourhood policy didn't present a pretty picture.

It was better in areas Jaswant Singh likes to call the "extended neighbourhood". He was the first Indian foreign minister—ever—to visit Saudi Arabia. Policy on China looked slightly better: Li Peng, the number two in China, came calling, indicating that Beijing had officially become less "bitter" as a neighbour. Prime Minister A.B. Vajpayee, for most part, rediscovered India's diplomatic horizons in the East and took to visiting its countries with a rare zest, from Malaysia to Vietnam to Japan, a trend that looks set to continue well into 2002, covering countries like Singapore.

But the high point of sorts really came in the month of May, when two things happened. India discovered hidden virtues in the National Missile Defence system that the Bush administration was working on, drawing a bead on China. Singh provided the first and the friendliest analysis of it to President Bush. Immediately thereafter India graduated to the rank of a quasi-ally. This was the turning point. Singh himself told those policy wonks at IIC that the management of the relationship with the US had gone exceedingly well. The other highlight was the summit invitation to Pakistan's Pervez Musharraf, who promptly promoted himself to presidentship to mark the occasion. Sadly, Agra is not going to be remembered as a shining moment in India's foreign policy successes for the year.

What is, however, going to be remembered as one bright success story is India's blooming engagement with the new rulers of Afghanistan. This is one emphatic point Singh made. He told his IIC audience that, at last, there was going to be a friendly government in Afghanistan and that years of India's often frustratingly lonely and dedicated nurturing of the Northern Alliance was paying off. The last week of December provided several Kodak moments of this diplomacy: three United Front leaders in the interim administration of Afghanistan were in New Delhi in one particular week, just days before the government was sworn in on December 22.One of them, Yunus Qanuni, the interior minister, flew straight back from Bonn to New Delhi with India's effective special envoy on Afghanistan, S.K. Lambah and then on to Kabul, again with Lambah. That's a kind of advertisement hard to match when it comes to proclaiming that the distance between Kabul and New Delhi, hitherto unbridgeable, has reduced after September 11.

Although some credit is due to Osama bin Laden for this development which has pushed India headlong into the melee of political developments relating to Afghanistan, it also helps that New Delhi now finally has what amounts to a policy on Afghanistan. Past Indian policy on Afghanistan was limited to helpless handwringing from the sidelines. No longer so. From being nowhere as far as matters pertaining to Afghanistan were concerned, India has in the span of less than three months moved towards dead centre, as it were.

To understand how far India has moved down the road to better ties with Afghanistan, all one has to compare and contrast is the two trips Jaswant Singh himself made to Afghanistan, the first time in December 1999 and the other in December 2001. The first was an unscheduled (and some maintain it was uncalled-for) trip to Kandahar to meet with the "Taliban authorities" (as he put it during the photo-op that had been thoughtfully arranged for him there) to conclude negotiations that had been going on over the hijackers of IC-814. Two years later, Jaswant Singh was back in Afghanistan, this time in Bagram airport outside Kabul, where he was warmly received by a large delegation of representatives from the new government waiting to take office. He was whisked away by one of Masood's helicopters to Kabul.

In a definitive contrast, when Pakistan foreign minister Abdus Sattar arrived shortly afterwards at the same airport, there were only representatives of the United Nations to receive him. If you are a Pakistani, it would not be wise for you to advertise that fact in Kabul as Pakistan is not terribly popular in Afghanistan these days. That is understandable. But Islamabad used to be the chief political architect of Afghanistan, having nurtured the Taliban and helped it acquire real estate in Afghanistan with its military might. If the so-called six plus two process on Afghanistan (i.e, the six neighbours of Afghanistan plus US and Russia) did not yield much, it was mostly because Pakistan didn't want it to reach anywhere.

Nothing illustrates the fact that New Delhi has been able to inveigle itself successfully into the diplomatic matrix that surrounds Afghanistan politics better than a post midnight meeting, the day before the declaration on Afghanistan was signed in Bonn on December 5 after 12 days of protracted wrangling. Those who attended that meeting had to make a last-minute decision whether there was going to be a declaration or not. The list of the countries that participated in that last-minute meeting indicates the new strategic confluence on Afghanistan: US, Russia, Germany, Iran, and India. Not Pakistan. The world has realised that all Pakistan can offer Afghanistan is, to put it mildly, nuisance value. It is often said that things have to get worse before they take a turn for the better. For Afghanistan, the worst seems to be a thing of the past. 2002 will be another story altogether.