The White Tiger has earned Adiga his stripes, but not all are convinced 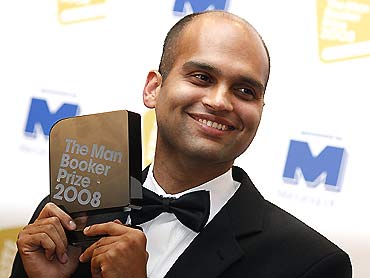 What We Said And What They Are Saying Now

In her review of The White Tiger for Outlook, Manjula Padmanabhan called the book "a tedious, unfunny slog". She found traces of Kiran Nagarkar, I. Allan Sealy and Salman Rushdie in Adiga’s "schoolboyish sneering", but "none of the genius of these authors, neither the complexity of plot, nor the brilliant command of language, nor the depth of vision."

"It reads like the first draft of a Bollywood screenplay . Every character is a cliché. The humour is bitter and unsubtle; the writing forgettable."
Samir Rahim, The Daily Telegraph

"A total flopperoo for the Booker. As some have gloomily concluded, the Prize is not the force it once was. An overhaul is in order."
John Sutherland, The Guardian

"There is an unremitting realism usually airbrushed from Indian films and novels. The Indian tourist board must be livid."
Stuart...