For That 18-Carat Gold Ring 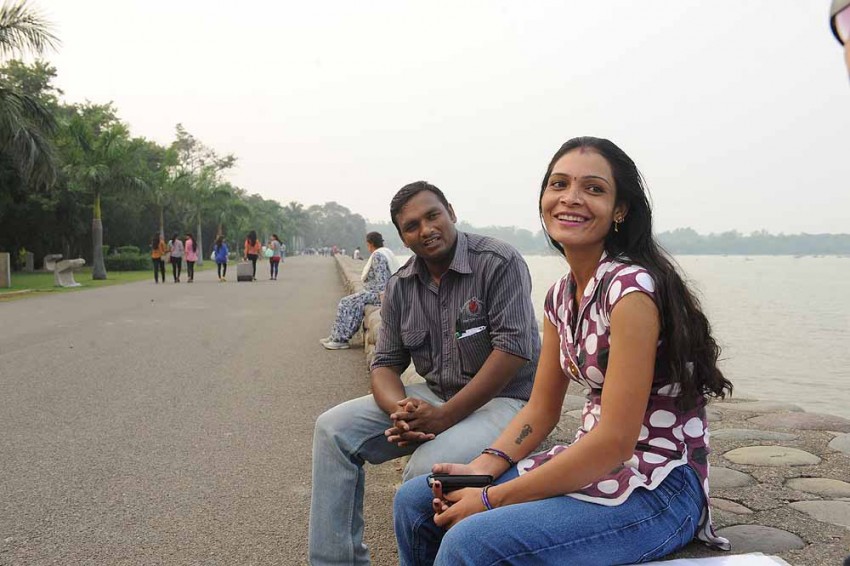 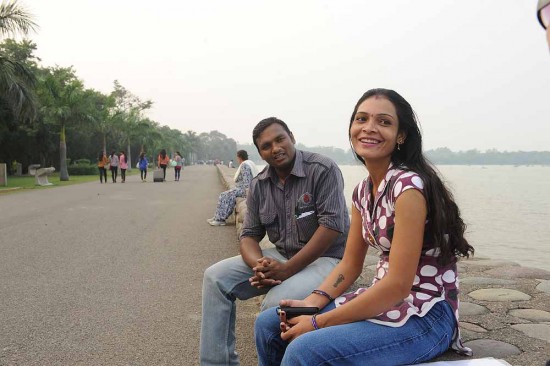 For Rakesh Das, there’s been a touch of clockwork to the way marriage has worked. Equally so for Sanju, who was 18 when she tied the knot with him. Yes, the classic age of reckoning—one that normally comes swaddled in a fair share of foreboding—but she transited painlessly. Joyously. They flit happily between Janakpur, in Nepal, Madhubani in Bihar, and their present nest, Delhi—the triangle on the map that ensures this is not a faceless, culture-neutered, city affair. Rakesh, a journalist with the Delhi edition of a national daily, is from Madhu­bani, where dowry negotiations and early marriage are as much a part of life as bantering over samosas and cups of tea. For his mates from town, he has made it: a good job, on the foundation of a good education. He even has, they might joke, a phoren wife—so what if her town Janakpur, across the border in Nepal, is only a two-hour bus-ride away from Madhubani? But they admire his boldness at choosing his own partner, they envy his luck at having got the opportunity to do so.

It was in 2007 that Sanju, then just on the cusp of adulthood, walked dreamily into Rakesh’s life, bringing with her the nervous energy you associate with an 18-year-old. She spoke Nepali, Maithili and a smattering of English. He says, “Sanju was my first and last choice. Period.” 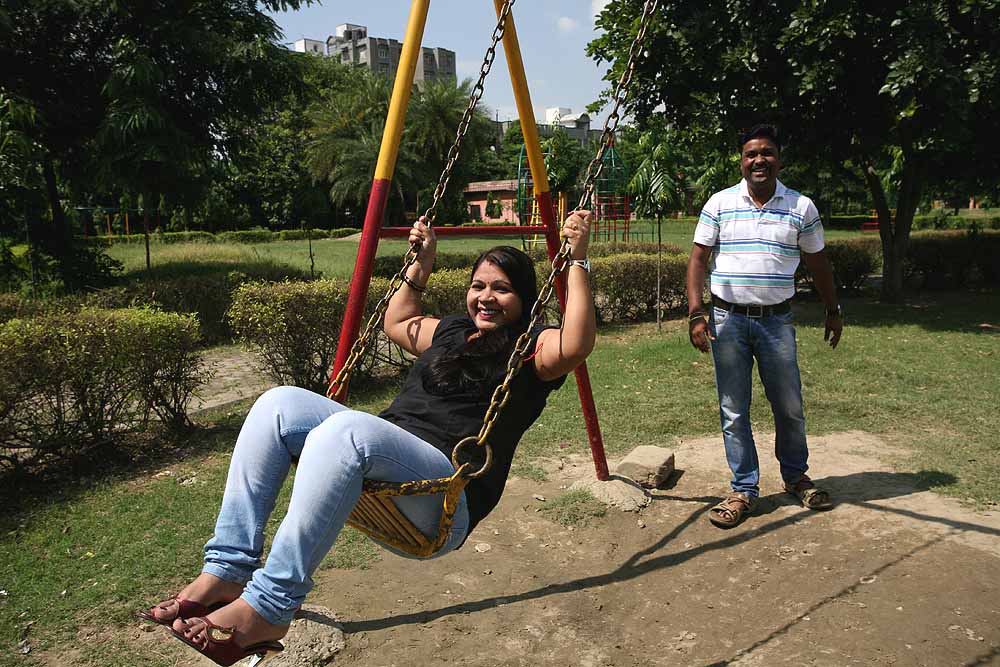 “Rakesh’s work has taken us to so many places—Patna, Calcutta, Guwahati and now Ghaziabad. It’s been an adventure ride. Had I not married him, I would probably have tasted only the staid life of Janakpur.”

“Sanju was my first and last choice. I never wanted an arm candy for a wife. There’s great compatibility and understanding between us.”

At their sprawling Ghaziabad home, you can sense the sparkling chemistry. The picture is a trifle conventional: he the breadwinner, she the homemaker, and a four-year-old son, Kshitij, over whom they dote. But make no mistake, it has all the markers of a contemporary relationship. A bride of 18 seems to conform to type, but cast that in the light of the cross-cultural distance. The two overcame differences in their native environments to create a home based on respect of each other’s space. And yes, a love of travel and Chinese cuisine. She struggled a bit to adjust to the big city. “What else can you do when you’re locked (into a marriage) so early?” she says, hinting at the efforts and mental shifts she might have had to make. But she does not seem to regret missing out on what many young people from small towns, including those from Nepal, are seizing as the only hope for advancement—education and a job in a bigger city, the very route her husband took. She is the quiet type, content to settle in. “I am the extrovert,” he says. “I need someone to listen to my non-stop banter.” What never ceases to excite her is the prospect of travel—her opportunity to learn through experience. “Thank God for the variety on offer—his work has taken us to many places: Patna, Calcutta, Guwahati and now Ghaziabad,” she says. “It’s been an adventure ride. If not for marrying him, I would probably have tasted nothing more than a staid life in Janakpur.”

They say the relationship has been only cemented further since the birth of Kshitij in 2009. These days, the three find themselves spending languorous weekends rustling up fancy recipes at home, lazing about in a nearby park or going mall-hopping. They say they are “friends” and will remain so all their lives. 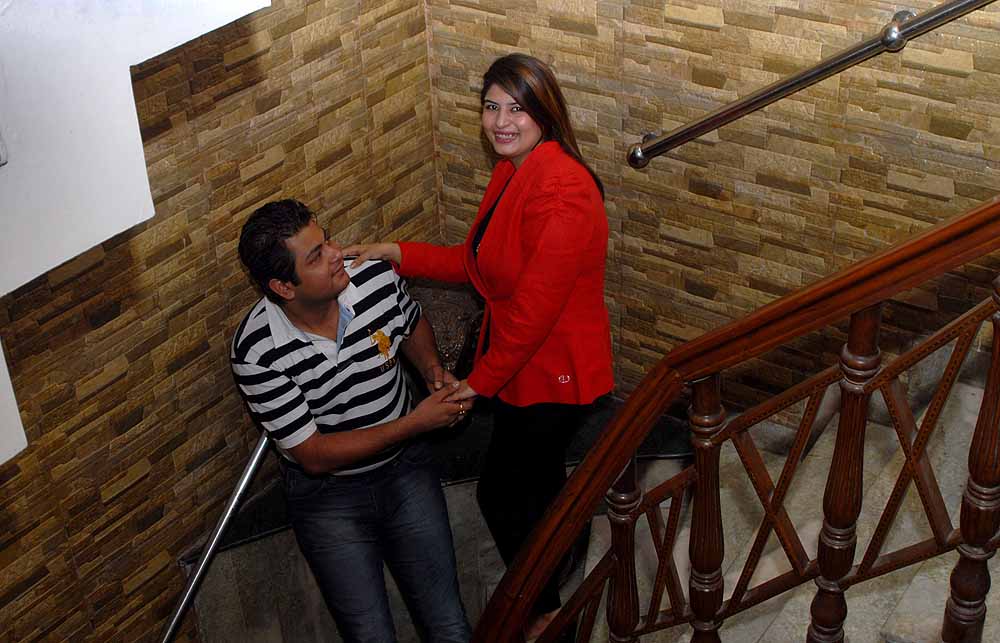 “The age difference between us helps a lot. He understands that I need my friends and outings. It’s a smooth, lovely relationship.”

“There’s a spark in Divya. When I feel low, she’ll do something so crazy that you’ll have to forget all your worries and move on.”

Gautam and Divya Handa live in neighbouring Delhi. They say getting hitched to one’s soulmate has much less to do with age than circumstance. The vivacious 23-year-old Divya has already tended to her son’s lunch and takes a breather from her daily chores to chat with us in her airy three-room apartment. The story is simple: a young BCom student, all of 18, got engaged to her childhood friend Gautam in 2008. The families knew each other well and decided to let them marry. Gautam, who was already a well-heeled businessman then, and six years her senior, knew he could take the responsibility. With in-laws to lean on, Divya has had it smooth thus far. “There are no restrictions on me and I don’t have to fuss over housework. In fact, I’m even encouraged to pursue other vocations. When you get so much freedom, you learn to respect it. And I feel early marriage really gives you that much more time to adapt to new situations and be less hung-up about having your own space.”

Age 18 does come with a host of privileges, like a woman’s right to marry, accompanied by a new definition of freedom. Yet for most urban couples, it’s a rare pursuit. According to Sadia Raval, chief psychologist at Inner Space, Mumbai, “In the urban segments, marriage at 18 is almost a no-go. With education, stressful jobs, financial independence and parental expectations, it’s impossible to get into such liaisons. But in families where such occurrences are common, it’s because the traditional structure has been working for generations.” 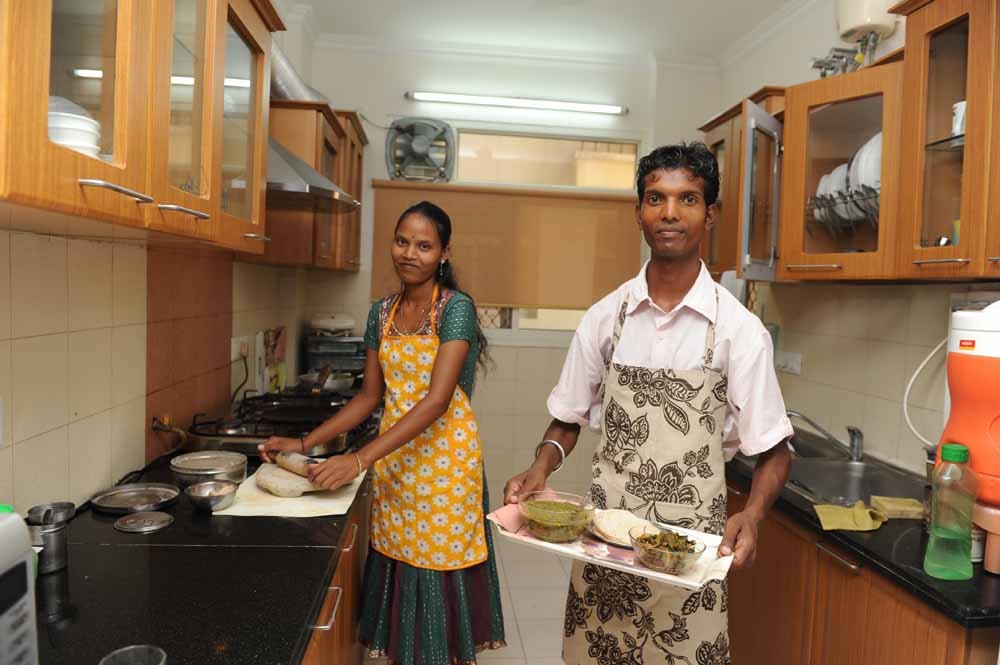 “You’ve got to find an anchor, and for me that’s Patrick. He listens to everything I say carefully and knows me inside out.”

“Mary makes the most amazing food. I get so tired of my own cooking that it’s a refreshing change to come back home to steaming daal-chawal.”

Mary Kerkatta, a slim and dusky 19-year-old from Jharkhand, lives in Chandigarh with her husband Patrick, a cook at Dilbar Dhaba on the fringes of the city. They migrated from their hometown Gumla in Jharkhand last year with the hope of finding greener pastures in Punjab. In their corner of the world, there’s nothing unusual about a girl marrying at 18—indeed there are many who marry earlier. “My mother expired last year and it was her dying wish that I should marry Mary,” says Patrick. Just a year into the relationship, the excitement is palpable and it shows in little gestures. Patrick inc­hes closer to Mary and holds her hand tenderly, as if to affirm the love for his childhood sweetheart. For Mary,  it was about settling down: “You’ve got to find an anchor, and for me that’s Patrick.” The two bond over kitchen experiments, but no plan for a family yet. “No way. City people have children in their 30s, so why should we?” says Patrick, while confirming his plan to work in Punjab for a decade and become a master chef at a five star, or go back to Gumla and start his own restaurant.

Amarkanth and Rekha Sagar, from a small village in the Badaun district in UP, waited for the ripe moment to walk down the aisle at a grand wedding ceremony in 2006. Rekha had barely turned 18 and she knew her future had been scripted. “At least my parents waited for me to reach adulthood, that’s a big step in rural communities where girls are married off at 14 or 16.” 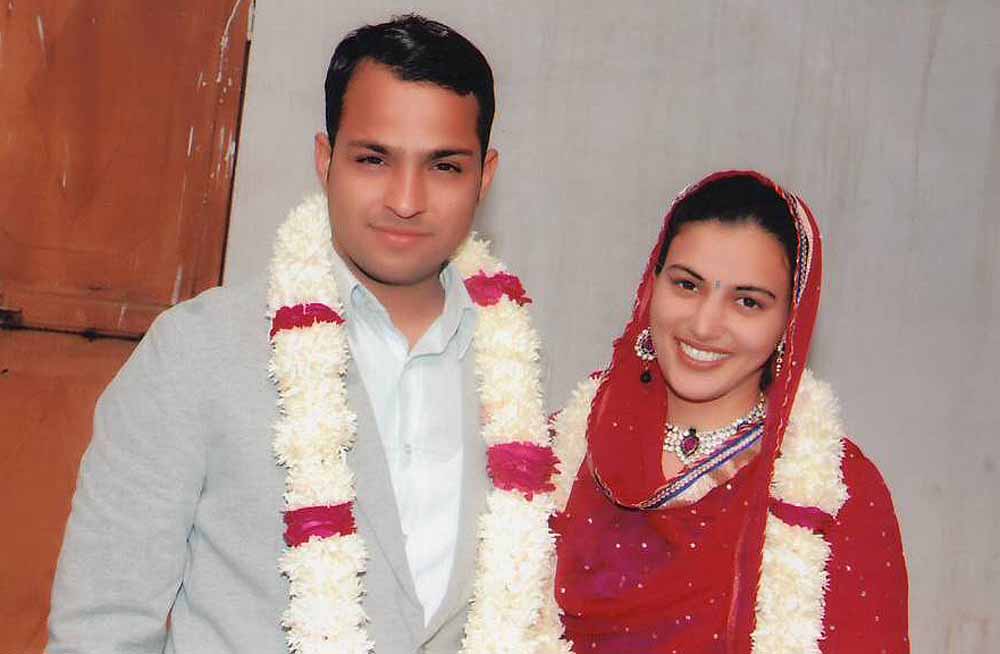 Nisha Nain 19, Diploma in education, married at 18
Pritam Kumar 25 Working in a bank, married at 24

“Pritam is extremely mature and reasons out everything. I’m impulsive, but he’s never  taken a single hasty decision in his life.”

“She’s jovial, fun and a great friend to have. There are times we are rolling on the floor laughing.”

Yes, not every experience is blissful. Ranjan Lakhanpal, a human rights advocate based in Chandigarh, feels that if a girl and her parents are in sync with each other, then there’s nothing wrong in early marriage. “What’s of paramount importance, though, is a woman’s wish.”

Lakhanpal has dealt with several cases of young runaway couples seeking court protection. “Age isn’t a factor. If the law permits you to marry at 18, and you find a man of your choice, why shouldn’t you?” He doesn’t seem to see marriage as foreclosing so many possibilities for women.

Nisha Nain from Kurukshetra, who married this year, had to really move against her parents’ wishes before she could marry Pritam. She’d been dating him for three years. Pritam, six years her elder, reasoned that marriage was the best way out.

“I had turned 18 and could wed legally, so what’s wrong with settling down with a companion of your choice?” she asks. Nisha and Pritam have decided to take things as they come. “It’s faith that wins the battle in the end,” says Pritam.