For A Song In Tripura 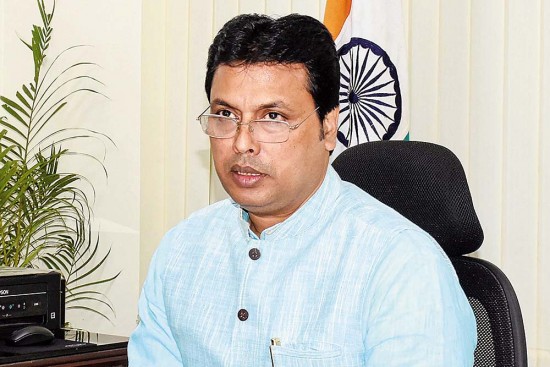 (The game is on in Tripura; Tripura says Mamata is coming; let us all go to Trinamool).

The Trinamool Congress is heading for the Northeast with a song that put the BJP out of tune in West Bengal. With all precincts counted, the next target of chief minister Mamata Banerjee and her party is the Bengali-majority Tripura that votes a new assembly in 2023 and where the ruling BJP’s stocks are said to be falling. And the TMC is singing from the same song sheet for the Tripura operation—well almost, by releasing an adaptation of its popular Bengal campaign number Khela hobe in the dialect spoken in Tripura.

The TMC declared its intent for the northeastern state that was a Communist bastion—like Bengal before Mamata—till the BJP ended its Leftist rule of more than three decades in 2018. In Tripura, the TMC had established a unit in 1998, but it...