Fly In The Face Of The Finest Print 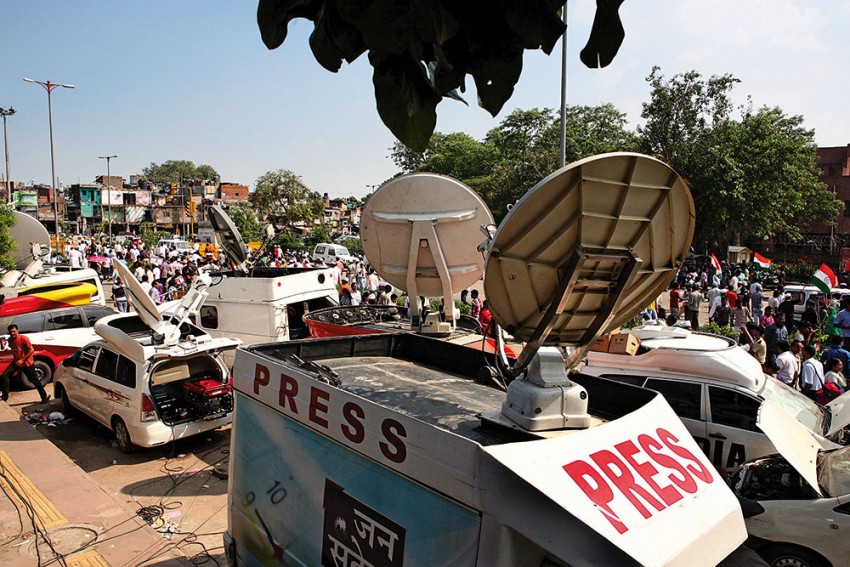 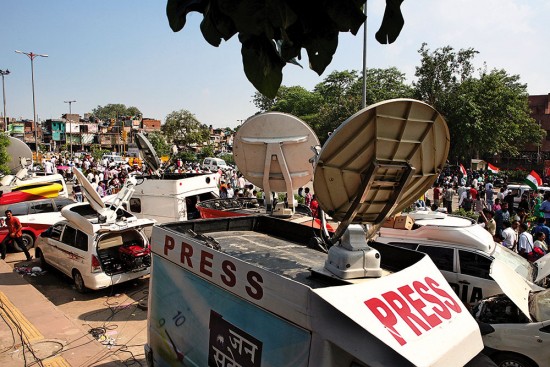 In the ’50s, a foreign correspondent wrote to a renowned south Indian English daily, seeking comments on alleged discrimination against non-Brahmin journalists on its staff. Discrimination was out of the question, the paper clarified, as it never hired a non-Brahmin!  Over  60 years later, the media landscape has altered but the Indian newsroom is still the sanctuary of the elite caste Hindu male.

Having worked for the media in India and abroad, I have never known anyone applying affirmative action while recruiting jou­rnalists. Even BBC World Service, whose job advertisements pronounced an equal opportunity policy, never dissuaded editors from applying the principle of ‘merit’, mostly a euphemism for business-as-usual. The ritual occasionally favoured women, minorities and the disabled, but never worked for Dalits or tribals.

Paul Divakar, a Dalit rights campaigner, once asked me if I had ever consciously rec­ruited a Dalit journalist. We were talking on the sidelines of a mission to train video journalists selected from India’s poo­­rest areas as community correspondents. Most were young Dalits tra­­ined in using video cameras and tablets by Video Volunteers, whose founder Stalin K. works with Dalit and marginalised comm­­unities.

I confessed I hadn’t come across many Dalits applying for English media jobs tho­ugh I often recruited women and those from the minority and OBC communities. Divakar asked me how I knew that job app­lications of Dalits were not rejected. What happens to those Dalits who have stu­­died in elite journalism schools or at central universities with the help of quota, he asked. Don’t they apply for jobs in English papers/TV channels?

In all fairness, journalism fails to attract the pick of ST/ST candidates because of job insecurity and pathetic pay, particularly at the entry slab. Those from the best schools and colleges, out of a 200 million strong community, prefer to go for more secure and better paid jobs in the government, public sector or academia.

It is equally true that Dalit candidates not belonging to the top strata face a higher risk of getting crowded out in the initial rounds. Sometimes this could be because of the high, almost unfair competition, and sometimes because there is no network of Dalit elders in the media. The power of networks is visible in most media groups where clu­s­ters of men are referred to as the ‘Mallu gang’ or the ‘Bengali mafia’, made up of elite caste men. The newest ‘gangs’ are of Bra­hmins from Orissa and Himachal Pradesh.

Media managements contribute by kee­ping the editorial understaffed and by com­mitting no resources for training. These things push editors to favour language and social skills over knowledge and imagination. I have known editors who would frown on subject specialisations and look for elite schooling; even dropouts would do! They would hunt for ‘natural’ talent with a flair for a quirky captions, or a sassy writing style, which would invariably work as an entry barrier against those who don’t “walk-and-talk-englis”, to paraphrase a Bachchan dialogue in Namak Halal.

Written tests aim to assess intellectual abilities, but what swings the deal is the candidates’ turn of phrase or her grasp over exotic trivia. So, an interview is often a test of wit and eloquence where diligent but eminently trainable youngsters from ordinary backgrounds fail to make the grade. Divakar and his activist friends plan to hold workshops to enable Dalit youngsters aspi­ring for media jobs to break the glass ceiling. Dalit scholar Chandrabhan Prasad, who celebrates Lord Macaulay, believes that wor­­shipping ‘Goddess English’ would work better than anything else.

These skills can be acquired and honed with minimal training, provided someone is interested. This is where a statutory req­­uirement for diversity or affi­r­mative action can work. EU has a media plur­ality monitor with an obj­ective to gauge and improve div­ersity of media organisat­ions in Europe. Canada, Australia and South Africa have their versions and the idea is to give representation to excluded sections of their populations. But this is not something that government regulation alone can do.

A good example of affirmative action wit­hout government help comes from the US, where in the ’70s, the American Society of Newspaper Editors resolved to give fair representation to the country’s over 20 per cent minorities and around 13 per cent African-Americans. In about two decades they could meet less than 50 per cent of the target, writes media scholar Robin Jeffrey, but came close to changing the complexion of the American media. In the later years, many African-Americans were managing editors and publishers of flourishing American media companies because there were affirmative action targets to be met. Can the Editors Guild of India or industry bodies do something similar?

Vipul Mudgal, The author heads Common Cause and Inclusive Media for Change

Ambedkar Is Proof Of Hindu Pluralism