Flight Of The Dove

She's the first woman IAF officer to be court-martialled. An Outlook probe into why Anjali had her wings clipped. Updates 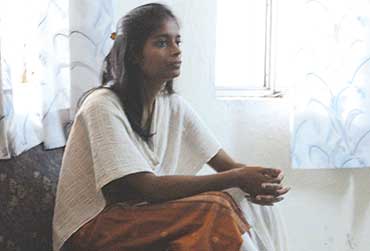 Is the Indian Air Force (IAF) on a witch-hunt in the sensational case of Flying Officer Anjali Gupta? Or are her allegations against seniors of sexual harassment and corruption trumped up—after being charged with indiscipline, insubordination and financial misappropriation? All along, the IAF has maintained that Anjali levelled the charges only after investigations against her were initiated. It has also accused Anjali and her family of rushing to civilian authorities, bypassing the grievance redress mechanisms within the IAF.

But Outlook, after tapping sources in the air-force and speaking to Anjali's family, has learnt that the woman officer had in fact approached higher-ups nine months before investigations were launched against her in October 2004. According to Anjali's family, on January 22, 2004, she had written to the AOC-in-C Training Command, Air Marshal S. Bhojwani. In her note, Anjali had complained against her superior officers and specifically mentioned the fact that she was being "harassed" and requested a meeting with the AOC-in-C. But Bhojwani did not grant her time.

Later, Anjali claims she tried to seek a personal interview with Bhojwani on June 30, 2004, and a good number of times afterwards to explain the "sexual harassment" she was facing. She was turned away on each occasion. A family member says Anjali sent all the applications by courier and has kept proof of the correspondence. In fact, some letters came back unopened with the seal, 'Return to sender, not accepted by addressee'. By then, the repeated attempts to register her complaint had infuriated her immediate superiors at the air-force station. As one senior officer told Outlook, "They thought she was litigious and had an attitude deficiency." In fact, after she started insisting on the personal meeting and started making a ruckus about her difficulties, the telephone connection in her room in the Officers Mess was disconnected on September 1, 2004.

When contacted, IAF spokesman in Bangalore Wing Commander V.N. Raghunath confirmed to Outlook that 47 applications sent by Anjali had been sealed by the court martial. However, he refused to divulge the contents of these letters.

The Summary of Evidences was ordered on October 28 by the IAF to investigate the charges against Anjali. A fortnight before this though, on October 14, she had written to then Chief of Air Staff, Air Chief Marshal S. Krishnaswamy, through the AOC-in-C seeking a meeting. In that letter too, she noted that she was being harassed by her seniors. The air chief refused to give her an appointment. Later, on January 18, 2005, she tried to meet the present Air Chief in Delhi through an air marshal.Time was not granted but she was told that she was not to worry, "she is one among the officers of the IAF" and would be called at a later date.It is after this that she filed a writ petition in the Delhi High Court and got the Karnataka State Commission for Women involved.

Anjali's mother Uma Gupta told Outlook: "The impression given out by the IAF is that Anjali always bypassed her immediate superiors in the unit...but how could she have approached the same officers against whom she had a complaint? Even at the command level, she was turned away. The chief of air staff also did not meet her. Finally, when there was no option, she had to approach the court and other civilian agencies." Meanwhile, a court martial was constituted on April 2, 2005 though the IAF chargesheet—on seven counts—came only on April 5, 2005. (Issuing the chargesheet after convening a court martial is being argued as procedurally incorrect.)

The seven rather trivial charges against Anjali were:

Interestingly, the IAF had first levelled 15 charges, then reduced it to eight and finally drew up the third chargesheet with just seven charges. In the comments made by Anjali on the original chargesheet (in Outlook's possession), she denies most of the charges. On the train fare charge, she writes: "No claim made, no money paid till date." On the city travel claims, she says: "Even otherwise, I'm authorised for taxi. Still truthfully claimed for scooter with scooter number."

The Summary of Evidences too has been carried out in a haphazard manner. Instead of recording the testimony of the officer whose food parcel was allegedly thrown, the evidence of a casual worker in the mess, Prem Kumar, has been recorded. Also, in the case of many of the charges, there's a time lapse between when the incident occurred and witnesses being called to record statements. For instance, the parcel-throwing incident is said to have taken place on March 11, 2004. It was taken up for action in March 2005. The obvious question here; why wasn't she punished then and there? Anjali's problems began after she was posted to the 416 AF Station in Bangalore in November 2003. In fact, she ran into trouble five days prior to her day of reporting. She says in her FIR filed at the hal police station: "Five days ahead of the reporting date, at around 01.45 hours Sq Ldr R.S. Choudhary approached me in my room in an inebriated state trying to get forceful entry in my room...." When the same was brought to the notice of wing commander V.C. Syriac, he laughed it off saying "it was a good welcome". According to Anjali's family, she was shocked by the lack of sensitivity Syriac showed and found the offhand manner in which he brushed off her complaint shocking.

Within two months of her joining her post in Bangalore, the woman officer had problems with the Commandant of the station, air commodore Anil Chopra, chief administrative officer wing commander V.C. Syriac and adjutant squadron leader R.S. Choudhary on routine charges of administrative malpractices and some matters of corruption and favouritism.Anjali has alleged she was asked to collect a bribe of Rs 2 lakh for the recruitment of cooks and waiters and that the CO, Anil Chopra, asked her to purchase a car from the canteen by availing service loan and gift it to his daughter for her marriage. She was also asked to approve the name of Vijayalakshmi Ghosal for the post of principal of the Air Force School.When she refused to oblige, her troubles increased. Says a member of Anjali's family: "By January '04, her seniors began to see her as a thorn in the flesh. When Anjali sought an appointment with Air Marshal Bhojwani to report the happenings at the station, the witch-hunt began."

Anjali claims her orderly was recalled and her office sealed. She was pressurised to surrender her leave. Her phone connection was cut. Besides this, the language of her seniors also turned intemperate. Anjali claims that in the presence of commandant Anil Chopra, she was advised to stop complaining. "I was asked to keep my mouth shut else there are numerous examples where nothing could be done even after committing (sic) rape," she has stated in her FIR. Insiders too have confirmed that the relationship between Anjali and the three senior officers had soured by January 2004.

During the initial months at the station, the regular feedback that Anjali received, passed on to her in casual conversations, was that her male fellow officers felt she was "not social" and ignored them. Anjali seems to have built up the reputation of being a tough nut to crack, stubborn, argumentative and arrogant.

One incident which shows Anjali's deteriorating relationship with her unit superiors happened in August 2004. She had submitted her name for audition for the Air Force Day parade in Delhi and was selected as a commentator after a test. On August 12, a message was sent from air HQ to her unit about her selection, but she was not informed. The second message came on August 24 that she should be kept in readiness and could be airlifted to Delhi at short notice. But interestingly, a probe was ordered on some vague disciplinary charges on August 26 and on August 30 air HQ was informed that she could not be spared on "disciplinary" grounds. "Discipline is the only ground on which permission can be denied in the IAF. Somebody knew the rule book better than Anjali. Financial irregularities cannot bar someone from national duty like the Air Force Day parade. But when it comes to discipline, nothing can be done," says an IAF officer.

In another incident, on June 23, 2004, Air Commodore Chopra issued a warning letter to Anjali in which he alleged that she had made "illegal demands" on the mess boys. The implied meaning: sexual demands. Anjali refused to accept the warning note. She also states in her FIR that when her 11-year-old nephew came to stay with her, her seniors asked if she was doing "overnight with him". She made her objections clear on the use of such suggestive language.

It's an all-male jury which sits in judgement in the first ever court-martial of a woman officer (the IAF inducted its first batch of women commissioned officers in 1993). The case has so far had curious twists and turns: Anjali's close (house) arrest, the controversy about getting a defense counsel and more recently the psychological tests she was put through. The last is seen as the first step towards issuing the dreaded Form 10—a recommendation that an officer or an airman undergo treatment for mental problems. Luckily, Anjali cleared the 'mental fitness' test and as we go to press, has also been released from 'close' arrest.

Cases of harassment have gone up in the defence services in recent times. Says senior advocate Narendra Kaushik, who has been counsel in defense cases for over two decades: "In the last five years, cases of harassment have gone up 10 times.Someone dislikes somebody and the harassment begins. The Supreme Court in the context of a number of defense harassment cases has repeatedly said that reasons for punishment should be clearly disclosed, and that in all conditions the principle of natural justice should be followed. The delinquent officer should be given a proper hearing. Also, all the defence acts need to be updated.It has liberally borrowed from colonial times and does not recognise the professional presence of women in the forces today."

The outcome of the Anjali Gupta case will be keenly watched. As for her friends and family, they insist that all they want is a free and fair trial. The truth, they say, is on Anjali's side and they are hopeful that it will finally prevail.

A Tango With The Bogeyman