Flies On The Wall

They live on the edge—in more ways than one. These villages on the Punjab border grow spies. Pushed into Pakistan, many of them simply fall off the map, abandoned by all. Updates 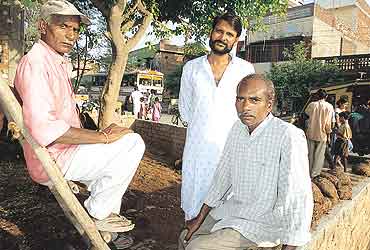 Ashok Kumar still remembers the dark night of August 2002 when he crossed over into India, at Channi post in Punjab's Ramdas sector. Ashok was jubilant: he was returning home after a gap of seven years, all of these spent in the dank confines of a Pakistani jail. A resident of Kang village in Gurdaspur district, Ashok had been recruited to spy in Pakistan. The first of his 21 visits across the border was in 1989; he was nabbed in 1995. In the seven years he was in jail his parents back home had died and his sons had discontinued their studies. As Ashok crossed the border that August night, he thought there would be recompense for his ordeal, a display of warmth and gratitude for performing his duty for the nation.

Ashok is wiser now; because of police harassment, because the security agency which had recruited him refused to accept him as its own. He wasn't aware of the rules of the espionage world: you are worthy as long as you haven't been caught, as long as you haven't served a stint in Pakistani prisons. Otherwise you are summarily condemned to the cold. Ashok recalls bitterly, "The local police registered false cases of illegal border-crossing against me. Just 10 days back, they came to tell me to not make noise about my plight. As for the military intelligence which had sent me into Pakistan, far from giving some money to my family in my absence, it refuses to recognise me." And all this despite the fact that he, and four others, were handed over officially by Pakistani Rangers.

Ashok Kumar isn't a Sarabjit Singh, the Indian spy who has hogged media headlines because he's on death row for engineering bomb blasts in Pakistan. Nor is his an isolated case of a spy wallowing in misery. On our tour of villages in the border districts of Punjab, we were astounded at the widespread nature of the phenomenon. Like shadows, these spies, or 'sources' as they are called in local parlance, are just about everywhere. Some villages, like Dadwan and Kang in Gurdaspur district, have earned the sobriquet of Spy Villages, for providing a regular supply of recruits to inhabit the shadowy world of intelligence agencies—RAW, the military intelligence, the Border Security Force et al. These are the men who cross over into Pakistan, aware that a slip could cost them several years of their lives. Or sometimes, life itself.