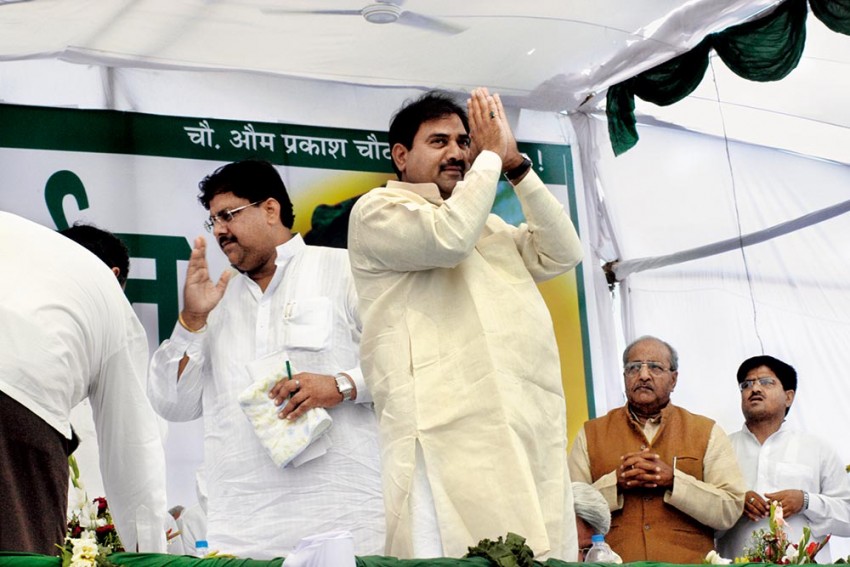 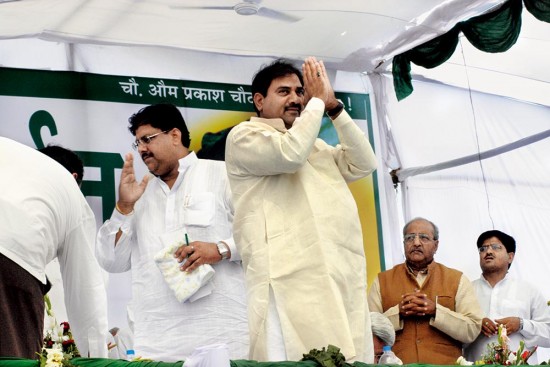 Politics is a cruel business. Once-mighty empires fall. Powerful dynasties crumble. That’s the story of the Mahabharata. Also the story of Haryana’s Chautala brothers, who brought their enm­ity to public space, invoked Kaurava prince Duryodhana and dec­lared “war” as the Indian National Lok Dal (INLD), a Jat-centric party formed and nurtured by their grandfather Devi Lal, split ahead of assembly polls due early next year. The split marks the lowest for the party which had formed the government in 2000 led by chief minister Om Pra­kash Chautala, father of the warring siblings, Ajay and Abhay.

The Chautala patriarch had expelled Ajay—along with his grandsons Dushyant and Digvijay—from the party earlier this month after the elder son ann­ounced his decision to float a new party. The expu­lsions came weeks after supporters of Ajay heckled Abhay at an INLD rally in Gohana. Dushyant’s supporters even refused to listen to Chautala senior, the reason for the short-tempered octogenarian to take the drastic step. Chautala is known to prefer Abhay as his heir, a point of friction between the two brothers. There were many attempts at reconciling the siblings, especially by former Punjab chief minister Parkash Singh Badal, who was very close to INLD founder Devi Lal—a former deputy prime minister.

At a rally in Jind on November 18, Ajay said he was handing over the reins of the INLD—jhanda and danda—to his brother. Then came the punchline. “Duryodhana, I spell out my final decision that now there will war, and not any pleas. Now, Duryodhana, you will be destroyed,” dec­lared Ajay, who is out on parole. Chautala and Ajay were jailed for ten years in 2013 in a teachers’ recruitment scam and are barred from contesting polls till 2029.

Ajay projected his son Dushyant, an MP from Hisar, as the president of the proposed party at the Jind rally. The INLD, with 18 MLAs in the 90-member Haryana assembly, is the principal opposition party in the state. Ajay claims support of three MLAs, his wife Naina and two others. The same day, Abhay held a meeting in in Chandigarh and said he had the backing of 15 MLAs and a majority of party cadres. Abhay is the leader of the opposition in the Haryana assembly. Abhay’s sons, Karan and Arjun, are yet to take the plunge into politics.

“This fight (between the brothers) has no meaning, it is a fight for political space,” says Pramod Kumar, director of the Institute of Development and Communication, adding that such feuds in political families are very common.  “Such things happen when children of politicians grow up and seek independent space.”

The crisis in INLD has, however, thrown up several potential scenarios ahead of the crucial elections next year. According to a poll watcher, the INLD and the breakaway group would be relevant only if there’s a hung assembly, when either can play the king-maker. The breakaway faction could even join the Congress to support former CM Bhupinder Singh Hooda, also a Jat, to consolidate their core constituency. Jats constitute one-third of 1.5 crore voters in the state. The ruling BJP stands to gain the most from the INLD spilt, says the poll expert.

With his father and grandfather lodged in Tihar jail, there are obvious reasons for the political aspirations of Dushyant, who see a chance to shine under the legacy of his great grandfather Devi Lal. But the swift action by Om Prakash Chautala took Ajay and his sons by surprise. They were left with no option but start mobilising their supporters and form a new party. The message to the rebels in the family is clear: clan head Om Prakash wants to keep the party with his younger son. He also wants the elder brother’s sons to apologise but the other group appears to be in no mood for reconciliation.

Prejudice, Pride And A Chopper Override: Why Abhijit Iyer-Mitra Is In Jail Since One Month