Fire norms are given a routine go-by, making tragedies inevitable 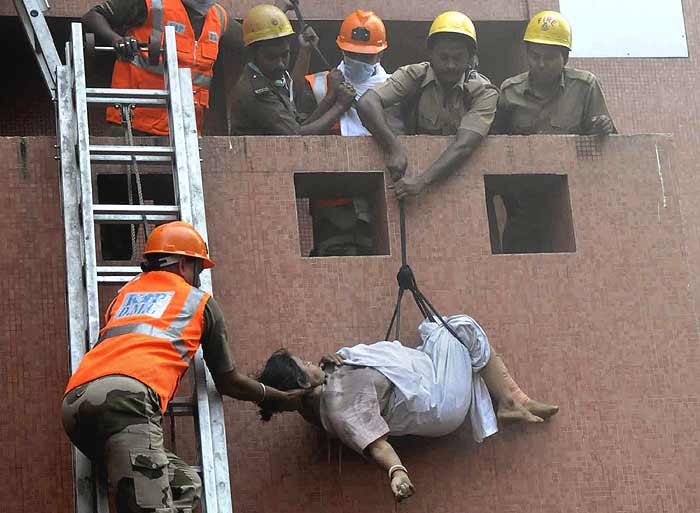 The Chronicle of A Few Tragedies Foretold

How many times does India need to be ‘baptised’ by fire, so heartlessly at that, before it finally grows up? Neelam Krishnamoorthy asks herself this question with increasing anger each time there is an inferno and an unconscionable human casualty list. When fire and smoke engulfed Calcutta’s AMRI Hospital in the early hours of November 9 and the count of the dead kept rising steadily (93 so far), memories of June 13, 1997, come flooding back. That’s when the Uphaar cinema fire in Delhi killed 59 people, including her son and daughter. And Krishnamoorthy, the president of the Association of the Victims of Uphaar Tragedy (AVUT), couldn’t help but point out the eerie similarities between the two episodes.

We don’t even seem to learn the hard way. Had that been the case, the basement at the AMRI hospital would have been emptied of the inflammable goods stored there, the staff would have never thought twice before calling the fire department, and the fire alarms would never have been switched off just so someone could smoke peacefully. Similar blunders had caused the Uphaar fire and ensured it spiralled out of control (see box). Every time there is a fire tragedy, be it the one in August last year at the St Stephen’s Court building in Calcutta that killed 43, or the more recent one at a eunuchs’ convention in New Delhi that claimed 18 lives, it highlights our woefully inadequate firefighting mechanisms and the rampant nonchalance of authorities, both in the government and in the private sector.

In the aftermath of the AMRI fire, a newspaper report pointed out that Bengal government had inspected the site in late August and that one of them had pointed out that the two-tier basement at the hospital was a potential fire hazard. Despite this, the department renewed its annual noc for the hospital on a conditional basis for three months. Accordingly, department representatives should have paid a follow-up visit in the last week of November. But they didn’t conduct the mandatory check. It’s this opacity with which sensitive information is guarded that abets such disasters. 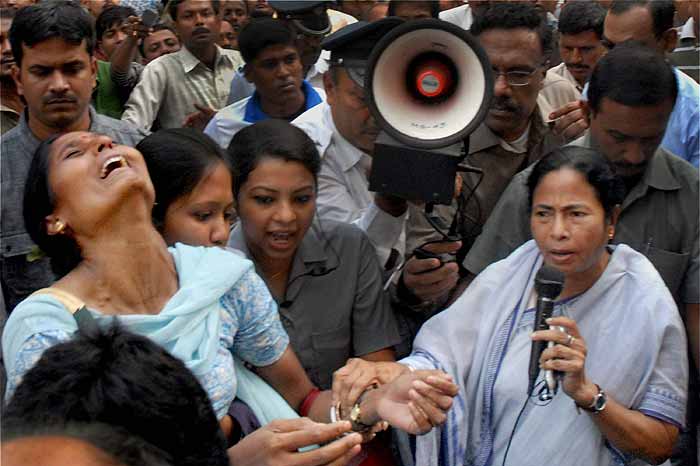 The government’s fire and emergency department had inspected the site in August and issued a conditional NOC.

Responding to Krishnamoorthy’s campaign to make the process of granting nocs more transparent, the Central Information Commission (CIC), in a letter dated July 22, 2011, asked the Delhi Fire Department to upload on its website copies of fire safety certificates issued to buildings in the city along with the detailed inspection reports on the basis of which each certificate is granted. Names and designations of the officers responsible for each site inspection were also to be made public. Not just that, the CIC also asked the department to update this information before the 10th of every month. “But the information has not even been put up on the site even once yet,” says Krishnamoorthy. “It has become fashionable to talk about fire safety but nobody has taken it up seriously.”

Meanwhile, the AMRI fire has forced indolent authorities across the country to get cracking, at least for the moment, on erring institutions. For example, an inspection by the fire prevention wing of the Greater Hyderabad Municipal Corporation found that around 400 hospitals completely violated four key fire safety parameters: adequate access through approach road, open spaces, means of escape like external staircases and availability of proper firefighting equipment.

It’s not as though there are any ambiguities about fire safety rules that end up causing these tragedies at public places. The National Building Code has explicit fire safeguards that multi-storey buildings taller than 15 metres must adhere to but few actually comply with. V.B. Sant, director-general, National Safety Council, an autonomous government body that conducts safety audits, describes the situation as terrible. “We have done about 100 safety audits in 2010-11 and found that the compliance with safety norms is very bad,” he says. Among the common problems in the audited factories were non-functioning fire extinguishing equipment and personnel who did not know how to use them. NSC also audited a hospital and found that some of the exit routes and passageways were blocked with irresponsibly stocked material. “For this reason, fire safety inspection should be carried out routinely,” says Sant.

Compliance is indeed a problem as fire safety is a state responsibility and states deal with it in different ways and with varying degrees of efficiency. While some have placed it under the home department, many have merged it with that of urban development. This has also led to a lack of a unified command at the Centre that can help oversee fire rescue management. The government is presently working on a legislation, on the lines of the 2005 Disaster Management Act, to give the Centre more leeway in framing fire safety rules for states to follow.

But many feel that few will take fire safety seriously until those responsible for causing these tragedies are held guilty and convicted, so that a credible deterrence is established. “Our criminal justice system is such that we have been trying to get those responsible prosecuted for over a decade but the matter is still pending. Meanwhile, six of the 16 accused have already died,” says Krishnamoorthy. Many, including members of the AVUT, were shocked when the Supreme Court in October reduced the amount of compensation for the families of the Uphaar fire victims from the Rs 18 lakh awarded by the Delhi High Court earlier to Rs 10 lakh. “There is no value of human life. Where’s the deterrence? If a company with a turnover of Rs 100 crore is responsible for killing 10 people, it would need to give only Rs 1 crore as compensation. It makes good business sense,” says Krishnamoorthy.

Inadequate funding of fire departments and poor staffing are the other problems that have hobbled our capabilities to deal with fires effectively. The National Disaster Management Authority (NDMA) recently pointed out gaping deficiencies in firefighting capabilities to the 13th Finance Commission—the country has only 2.46 per cent of the fire stations it requires, only 3.72 per cent of the necessary personnel and 19.96 per cent of firefighting and rescue vehicles that are considered a minimum prerequisite!

To offer a contrast, New Delhi has only 51 fire stations and 2,500 firemen but New York has more than four times as many firefighters to respond to an area half the size of Delhi with nearly five million less inhabitants than Delhi’s 14 million. Some have even pointed out how highrises in Mumbai now go up to as many as 70 floors but the fire department has equipment that can reach a height of only around 25 floors. On a national level, a total of Rs 70,000 crore is required but only around five per cent has been arranged for so far. One may try and find an argument for the lack of finances but there isn’t one for human blunders and violations leading to these repeated disasters.