The wisdom, the calls to put india above all, it seemed all deceit had left our shores. 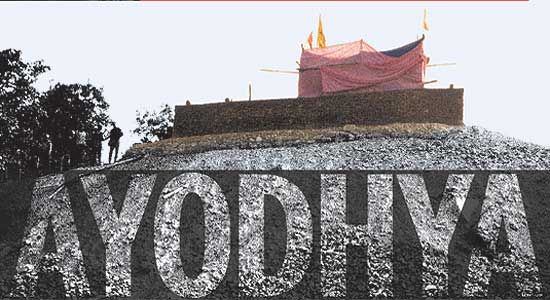 Surprise is the first reaction. After 60 long years, we have a judgement which may not bring closure. But here it is. And we must see how the legal process proceeds from here.

If you have been reading newspapers and watching television in the past week, you could be forgiven for thinking that India is a rationalist’s utopia. So much goodwill, so much wisdom, so many calls to move on and put India first have been delivered by our politicians and concerned litigants that it would be logical to surmise that duplicity and deceit have vanished from our shores. The honourable judges of the Allahabad High Court have posed a challenge to these lofty sentiments.

Now that we have a verdict which has gone unequivocally in favour of the Hindu litigants, we will wait to see how the goodwill and common sense translate into action on the ground by both the winners and the losers. It is important to state that the judgement undeniably throws up both categories. The expectation that all the litigants would be satisfied—with something for both the Hindus and Muslims—has proved false. To remind the nation that the temple dispute for the last 20 years has not been about “faith” but about “politics” is not necessarily an act of treason. Neither is it an act of treason to remind the nation that the ‘Hindus vs Muslims’ description of the dispute is a gross fallacy. This is an altercation between the Sangh parivar (and its supporters) and the Muslims.

Of all the non-issues facing our country, the Ramjanmabhoomi issue is top of the list. For an overwhelming majority of Hindus, it is no big deal. If it can be built peacefully, fine. If it can’t, Hindus will not be overly disappointed. How and why this non-issue came to occupy such criticality in the national consciousness, I will leave the historians to answer.

The nervousness and anxiety of the Indian State over a minor flare-up turning into a major flare-up is understandable. We should not forget that, in the real India, there exist political parties, individual politicians, media houses and allegedly pious NGOs who do not subscribe to the fine thoughts expressed in the last few days.

The verdict delivered in the court on Thursday must find acceptance within the prevailing good-bad environment. Our masters remain what they were yesterday. Self-interest generally trumps national interest in their scheme of things. India and its citizens must learn to resolve disputes wrapped in blood and unhappy historical memory in the real India.

How both the parties conduct themselves after the verdict will determine whether India comes first or last.