Firaq Gorakhpuri wasn’t just a great poet. He was a non-conformist, a man of many parts. Though welcome, this biography, in its empty accusations, does him injustice. 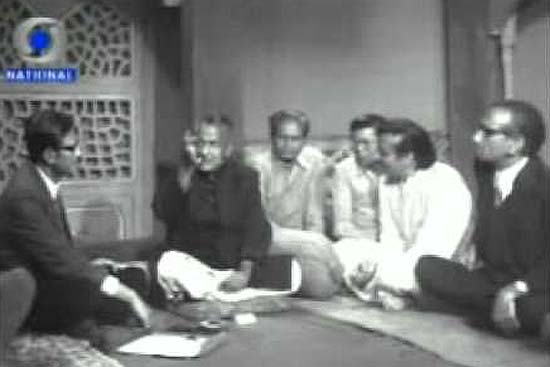 Firaq Gorakhpuri: the Poet of Pain & Ecstasy is the first full-length biography of the poet. It has an ambitious plan of capturing eight decades of the poet’s life and thus should be welcomed by everyone who is aware of Firaq Gorakh­­puri—by common consent the tallest Urdu poet of the 20th century.

The writing is uneven to say the least and there are some points which need to be looked into in detail to do justice to the composite personality of the poet. I quote the opening sentence of the chapter called Firaq, the Person: “Comprehending Firaq’s personality has been an enigma for scholars, mai­nly because he had a multi-layered, multi-dimensional, multi-faceted, contradictory and a highly complex personality.” This, while stating the truth about Firaq’s poetic persona as well as his personality, is a very good example of Mansingh’s extravagant, surplus prose. It is not an easy read.

Given that he admits the complexity of Firaq’s personality, I am quite astounded that he initially presents him as a conformist Hindu. This may or may not be true because the author’s later pronouncements bristle with contradiction. My point is, when we talk about Firaq the poet, we need not begin by emphasising his non-poetic, sociological Hindu identity, because I think it does violence to the very composite nature of the personality that Mansingh has talked about. Firaq, like all other great poets, did not have a static personality. In fact he, more than anybody else, would have agreed with Keats’s concept of the poet as the most ‘selfless’ of all God’s creatures. The poet, he said, ‘has no identity’, his mind was ‘a thoroughfare’. It is difficult for me to think of an Indian poet who came closer to that concept of the poet’s mind than Firaq sahib. It is not for me to comment on his personal beliefs or disbeliefs—that’s a matter which, I think, should not at all be discussed when we are talking about a poet. Firaq, in any case, was not particularly enthusiastic about any organised religion. In one of his couplets he says: Mazhab koi lauta le aur uski jagah de de/Tehzeeb saleeqe ki, insaan qareene ke.... The couplet indicates Firaq’s desire for religion to be taken away in exchange for a decent culture and civilised people.

Matthew Arnold said that “the future of poetry was immense”. He felt that as time goes by religion is going to be substituted by poetry. I don’t think there is anyone who would have agreed more with this prophesy than Firaq sahib, because he clearly believed in the immense future of poetry and thought that life without poetry was indeed incomplete: Hazar ho ilm-o-fun mein yekta/Agar na ho ishq aadmi mein/Na ek zar’re ka raz samjhe/Na ek qatray ki thah paye (You may be the cock of the walk/In several fields of discourse/But if bereft of a poetic turn of mind/You cannot divine the sorcery of a speck of dust/Nor plumb the depth of a drop of water).

Mansingh’s claim that Urdu poetry was ‘soulless’ before Firaq arrived on the scene is sheer nonsense. In order to even partially believe that, one has to forget the achievements of poets like Ghalib and Mir, now counted among the world’s greatest poets, and who Firaq himself considered to be his kith and kin—‘hum nawa e Mir-o-Ghalib....’

Firaq was an impassioned, intrepid champion of Urdu. He was also strongly opposed to the Sanskritisation of Hindi.

It can be nobody’s case that, for a modern poet, being steeped in the languages of classical antiquity (Sanskrit, Arabic, Greek or Latin) can be an asset. On the contrary, Shakespeare’s ‘little Latin and less Greek’ proved to be a boon. Firaq’s acquaintance with literature in Sanskrit, similarly, neither interfered with nor added to the plenitude and sophistication of his impeccable Urdu poetry. It’s another matter that purely thematically it might have provided him with more fodder or raw material to work upon. Does the fact that his illustrious predecessors—Mir and Ghalib—were not thus positioned make them lesser poets? Firaq’s answer would be a resounding ‘no’.

Not only was Firaq an outstanding Urdu poet but also an impassioned, intrepid (some would add ‘impolitic’) champion of the Urdu language in the charged environment of post-independence India. That Urdu was an indispensable vehicle of culture and refinement was an article of faith with him. He was, at the same time, strongly opposed to the Sanskritisation of Hindi which, in his opinion, would make Hindi “a laundi (mistress) of Sanskrit, which was never the people’s language”, as Mansingh quotes.

The other point that Mansingh makes is about Firaq’s personal life. I don’t quite agree with his unsubstantiated allegation that Firaq was “mentally deranged” and “morally bankrupt” during the last three or so decades of his life. I knew Firaq sahib until the early 1970s and I found him as witty, alert, compassionate and unpredictable as always. In fact, he got the Ghalib Academy Award just a year before his death in 1981. Mansingh’s uncharitable claim is thus untenable.

Mansingh also claims that there was much misunderstanding and scandal-mongering about Firaq, and he felt that it was his duty to have refuted all those misconceptions by writing this biography. Seeing that he embarked upon this messianic project of saving Firaq from calumny after, by his own admission, putting it off for 30 years, it makes it even more strange that he himself heaps this kind of opprobrium upon Firaq. Firaq was a rebel; he was not a conformist. He would sometimes argue that there was nothing in Indian literature compared to western, particularly English literature. I remember him telling us once, in St John’s College Agra in 1964, that India has not produced even a Matthew Arnold, let alone a Shakespeare or a Dickens. When someone retorted that India has produced a Firaq Gorakhpuri, he only smiled and changed the subject politely. Now, given this kind of proclivity, given the fact that he was fascinated by English literature and has indeed translated poets as diverse as Homer, Virgil, Swinburne, Donne, Wordsworth, Hardy and Wallace Stevens, into flawless, mellifluous and beautiful Urdu, we get a picture of a poet engaged with literatures and cultures other than Indian or Hindu. Therefore, to pin Firaq down to a particular tradition or to a particular mythol­ogy is, I think, to do him less than justice.

Apart from the inconsistencies I have mentioned, the work is also marred by the incredibly poor quality of translations of Firaq’s poetry. Having said that, I still welcome this biography because it gives us a peep into different aspects of Firaq’s long personal and professional life. It tells a good story, although it could have been better organised and written in a more persuasive and disciplined manner. Nevertheless, I think it is a unique contribution to the scanty literature that we have about this most fascinating personality.

The Omega Of Plain Eating