Fin Min chose to reject the purchase of six mid air refuellers was that it was too expensive, close to $2 billion. 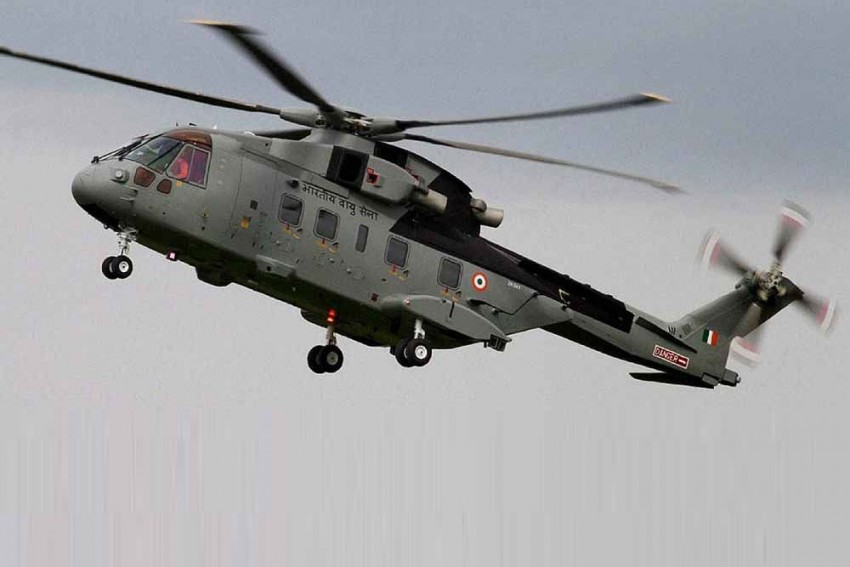 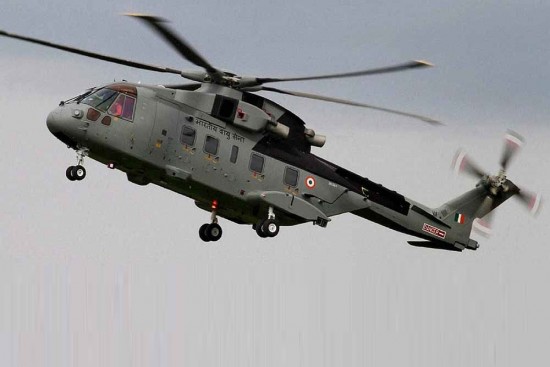 Not only were bribes paid in the Agusta Westland chopper scam but operational requirements of the Air Force were ignored in favour of choppers to ferry VVIPs. Defence Ministry officials have admitted to Outlook that despite at least three requests from the Air Force for the purchase of mid air refuellers, the Finance Ministry turned it down in 2010. VVIP choppers were a necessity due to the changed security scenario in the country especially as the SPG was pushing for it, the ministry had said while justifying the nod.

The irony is that the grounds that Fin Min chose to reject the purchase of six  mid air refuellers was that it was too expensive, close to $2 billion. A CAG report says that the Agusta Westland 101 choppers, in the eye of a storm now, were bought at six times the cost. The IAF’s refueller squadron was dependent on the outdated IL78 which were on their last legs -- service and spares was hard to come by.

New refuellers were pitched as an operational requirement that would extend flying hours and increase the number of missions that its fighter aircraft could undertake. In the protracted contract negotiations prior to the matter reaching the Fin MIn, Airbus 330 Multi Role Transport Tankers were chosen for their ability to fly fuel, cargo and soldiers together. The nod for the MRTT was given by both Air chiefs, PV Naik and Fali Major.

Pranab Mukherjee was Defence Minister and later Finance Minister when the proposal for refuellers was rejected.

Former Defence Minister A K Antony admitted to Outlook that the Finance Ministry had not supported the MoD’s proposal that was an operational necessity. “We could not convince the Finance Ministry. What could we do? In fact the finance ministry told us categorically that if such a proposal came to the Cabinet Committee on Security, they would not support it. Without the nod, we couldn’t go ahead,” he said.

Antony admitted that because of a threat perception to VVIPs, the SPG had suggested a dedicated fleet of choppers which the finance ministry and the CCS agreed to.

Retired Air Marshal BK Pandey says, “What happened is nothing short of treachery. The refuellers were an immediate requirement and VVIP choppers were not. In fact it should never have been handled by the Air Force. And despite the Finance Ministry turning down the proposal, the same company again made the cut and Airbus was cleared in 2012,” he says. Contract negotiations have been going on since and a frustrated Airbus has now asked the government to decide the deal one way or other.

In the slugfest in Parliament over the chopper deal, it was left to Defence Minister Manohar Parrikar to read out from a CAG report of 2013 that pointed out that the price arrived at by the Ministry of Defence for buying the choppers was six times the amount.

So while the Contract Negotiation Committee benchmarked the price at $27 million, on the internet prices were seen to be around $18 million. The CAG report in fact exposes in graphic detail the manner in which the government of the day arrived at the price at which the choppers should be bought. It relied on a website, to do so!

But what is shocking is revelations made in Parliament about the three AW 101 choppers that arrived in late 2012. The machines now mothballed and packed away at a hanger at the Palam technical Area in Delhi since January 2014 were put to test in Srinagar in 2013.

Parrikar said in the Rajya Sabha, “At Srinagar, 5,400 feet above sea level, effective payload of this helicopter is nil in OGL configuration at all ranges of temperature. Even in IGE configuration, a reduced payload is to be accepted.” Essentially, when the chopper took off, it did not have enough power to carry a single passenger. Parrikar added, ”The common VVIP sorties to Nehru Helipad cannot be undertaken.”

Similarly in the case of Gulmarg, Pahalgam where VVIP sorties have been flown in the past using Mi-17iv helicopters." And these were choppers designed to fly up to 4500 metres and up to the Siachen Base camp. “Essentially, these machines were useless,” says retired air marshal Pandey. If that wasn’t enough, the records about the choppers were destroyed in a fire that took place in that office June 3, 2014. “But this file remained in the drawer of the officer. So, it survived,” said Parrikar.

The UPA’s justification that the Agusta choppers were at still being developed thus justifying field evaluation trials in the US and UK is also not justified. The CAG says: ”The truth is that it existed as a certified platform with over 1,15000 fleet hours at the time of field trials.” If the UPA wished, the trials could have been conducted in India.

As the dirt keeps coming out in the Agusta case, the Congress walked out of the Rajya Sabha demanding a Supreme Court monitored probe. Because it is afraid, that it’s a very public probe that the NDA will conduct using its caged parrots like the CBI and the ED.