Finger On Your Lips 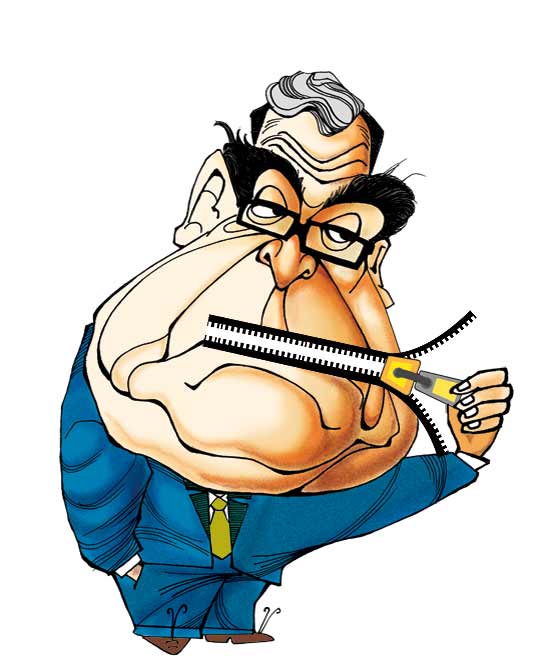 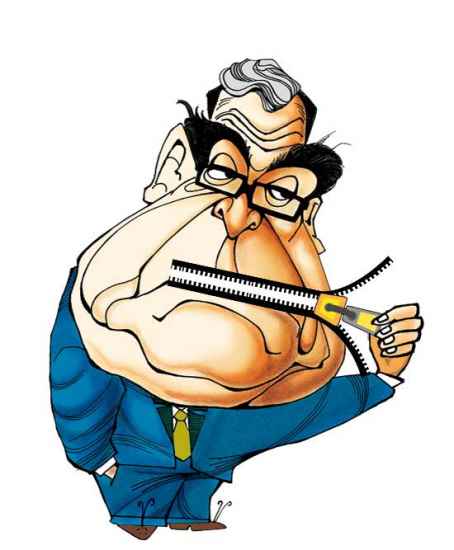 Dear Justice Katju: Was it the Bard who said there are times when silence is the best way to yell at the top of  your voice? But these are troubling times, Mr Katju, and your silence, as chairman of  the Press Council of India (PCI), doesn’t serve any purpose. Just to give you a little jolt, let me remind you that Union home minister Sushil Kumar Shinde has threatened to crush the media that dares to impute motives to Rahul Gandhi’s noble gestures (adding, as an afterthought, that he meant the ‘social media’ and not the news media, both electronic and print). The honorable minister has also said that with the intelligence apparatus under his watch, the media had better watch out.

And Aam Aadmi Party (AAP) chief Arvind Kejriwal said again, for the umpteenth time, that some sections of the media (television, one presumes) have been bought over by corporates. Short of calling journalists lowlifes, Goa chief minister Manohar Parrikar has targeted those who work in the print media for their low salaries and lower intelligence. (You too once commented on the IQ of those who work in the media, if I remember right.) It was left to the irrepressible Gen V.K. Singh to take the cue and refer to a national daily  as a ‘presstitute’.

One expected a man of your stature to rush to the defence of media personnel in your booming voice, enough to quell these attacks. But you didn’t speak up. I have been having a hard time trying to recall the last time you spoke out against anything. Or for that matter, the last time you put the might of your pen to paper.

It was in that long self-imposed pause of yours that I chanced upon a news item, a few months ago, about how you had rooted for yesteryear actress Nagma and had even suggested her name for the Padmashree. I mean, it is really alright. Everyone has a weak spot and yours perhaps is for out-of-job actresses and their engagement with political parties who claim to speak for the common man. More power to you for standing up for women.

But what has got me really agitated, Sir, is your complete detachment from responsibilities mandated by Parliament to the PCI. Shouldn’t you be seriously worried about the attack on the media from the Congress, the BJP and now the AAP? Besides, isn’t the PCI  supposed to ensure that the media’s freedom is unfettered and unhindered by any authority, organised body or individuals? These words are not mine but borrowed from the objectives of the PCI.

I hope the PCI also looks to the Northeast. Readers in Arunchal Pradesh went without newspapers for five days. A group of students had challenged the freedom of the press—and you kept quiet—waking up with a press release after peace was restored. Senior editors have lost their jobs. Journalists, more than 600 of them from television and print, have lost their livelihood. Journalists are being told by the management that a right-sizing  exercise (that’s what they say) is on, as opposed to the more cringe-inducing downsizing.

Dear Justice Katju, shouldn’t you be standing up for them? After all, it is well within your mandate to help newspapers and news agencies to maintain their independence from all quarters. Isn’t that what free press is all about? You haven’t spoken up. And truth be told, it appears that it is the Election Commission that’s calling the shots and not your PCI. It’s the EC that sought a ban on opinion polls, striking at the very root of Article 19(1) and 19(4) of the Constitution—which the PCI ought to protect when in danger of being curtailed. Why, you adopted a resolution two years ago to bring television and social media under the ambit of a proposed ‘Media Council of India’. But it appears that the EC has usurped your powers. Was that great idea of yours just a show of power—all sound and, in the end, no fury?

Politicians are buying into media along with corporates, leading to a situation where oligarchs are controlling news and disseminating it through cross-media holdings. You ought to be watching and acting. But you have kept silent.

I could go on, but I guess I will stop here. Dear Justice Katju, I write this after text messages and repeated atte­mpts to get in touch with you. You may, of course, get in touch with me at anuradha AT outlookindia.com.