Lace and satin lingerie for men? To each his own. 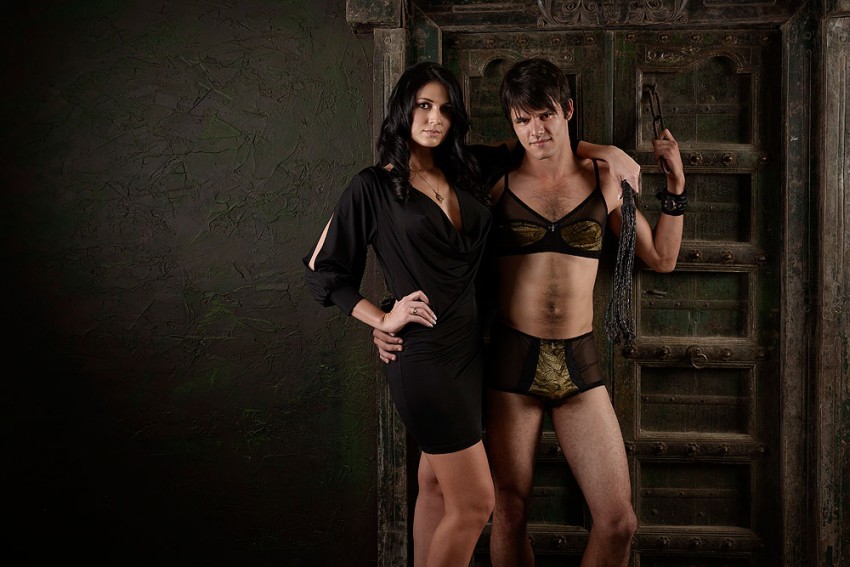 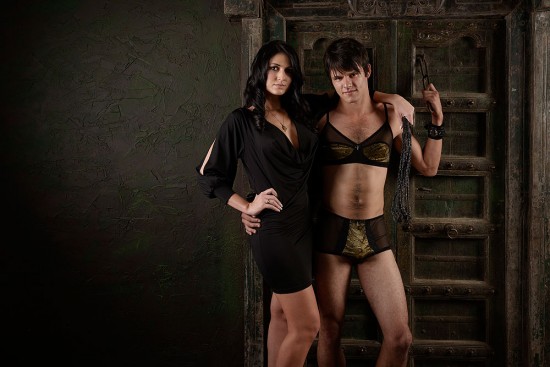 Why is it that a woman wearing boxers is considered cute and sexy, but a man in panties, one perhaps with lace and satin, in pinks and peaches, is weird? Brent Krause, owner and lead designer for Homme Mystere thought it a wacky idea to come up with intimate wear for men, taking the cue from female lingerie. The Brisbane-based online store and design studio challenges some of our most entrenched gender stereotypes—all those assumptions rooted in rigid, age-old gender roles that dictate what men and women should wear, both in public and in their private spaces.

“Women’s underwear in stores has always been bright and colourful. The fabrics are lightweight, stretchy, incredibly soft to touch. I wondered what it would be like to have men’s underwear made with the same fabrics and if it would be as comfortable as it felt to touch,” says Brent. After making a few samples of briefs, boy-shorts and thongs, Brent decided to check if other guys also liked the same thing. Along with his wife, he started the business five years ago and started selling a few garments online. As the business grew, they received more and more enquiries from men, and they were pushing the briefs, so to speak,  talking about the possibility of making matching bras to their briefs. Krausse discussed the idea with their seamstress and went ahead in creating matching bras and other types of lingerie, for men.

Apparently, there are many straight Indian men out there who like to try something “new and thrilling”.

And now the drawers drop here too. It seems there are many Indian men too who are keen but discreet buyers from Homme Mystere. And no, it’s not all gay men and cross-dressers. Apparently, there are many straight men out there who like to try out something “new and thrilling”. The store says the men’s lingerie range isn’t focussed at any particular sexual orientation. “It’s really none of our business! There’s no reason why a gay guy would like lingerie any more than a straight guy,” says Brent. Five years ago, his was perhaps the only store around, but now there are even some trying to lure men with laces. Online stores like Lace and Me and thatspersonal.com are selling kinky intimates for “angels in hot panties”. Animal printed G-strings studded with snakeheads and thongs with hints of pink are most popular. But who are these men flocking to these online stores? “Feedback suggests that our client base is varied. Many are married, middle-aged, those who like a bit of fun.  Professionals, techies, those in the armed forces, they are all our clients.  There are women too, buying for their partners,” says Brent.

Not everyone is a runaway fan though. “The idea sounds pretty experimental and is good for stuff like bdsm and role-play. But professionally, I wouldn’t be comfortable walking the ramp wearing lingerie,” says Mumbai-based model Arjun Singh. Nursing assistant Tenzin Lopsang, though, begs to differ. He says he doesn’t mind them so long as they are comfortable. Designer David Abraham thinks the trend is perfectly cool. “Fash­ion questions stereotypes every day...barriers that need to be broken. It might be a niche community, but may be the younger generation will be open to it. The latest Gucci show at the Milan Fas­hion Week was in the news just because it questioned such stereotypes—this could be one stop where a man’s satin or flimsy lingerie is acceptable.”

And what do women think of men in bras? “I think it’s ridiculous,” says  Mumbai student Karnika Bhardwaj. “Colours like red and pink are acceptable, but panties and bras are a big no,” she says. Like her, large sections of women can’t take the idea of feminine underwear for their partners. But is it just a matter of time before the ladies change their minds, when they see more and more men coming out in them? And who knows what’s next? Maybe fancy laces and satins, custom-designed for your man at the departmental store!

‘The Attempt Was To Create A Law And Order Crisis’