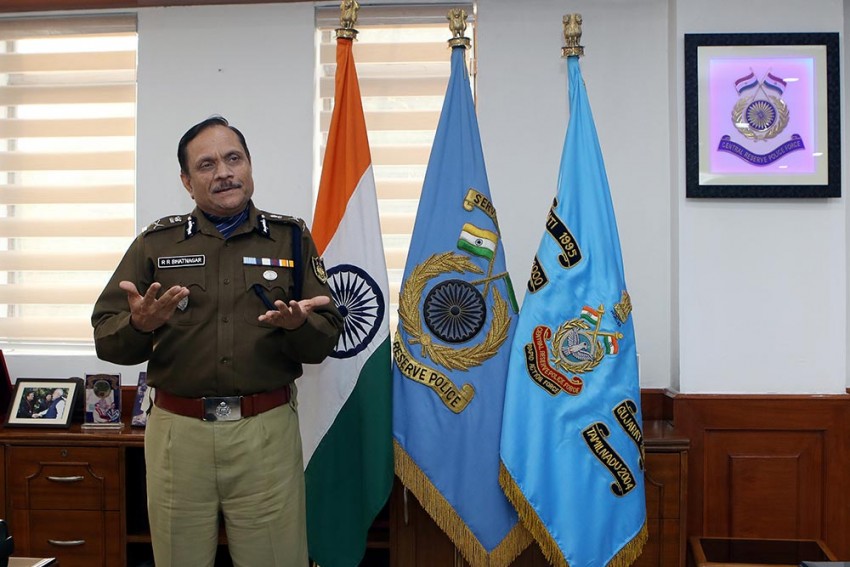 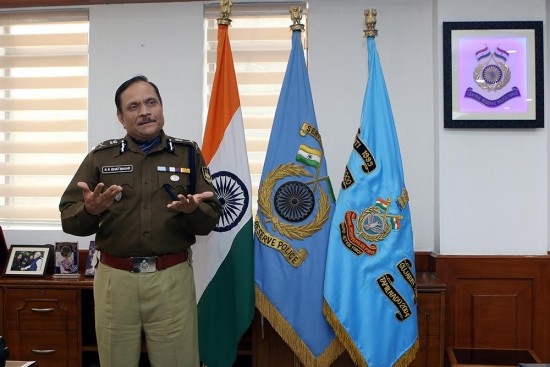 Jammu and Kashmir Governor Satya Pal Malik has said that the fidayeen attack on the CRPF convoy was an intelligence failure. Do you agree?

You have to understand that this is the escalation of a level of threat which is of a different nature altogether. A fidayeen car-bomb attack on a moving convoy is a new kind of threat which has developed and we have to now factor that in. J&K is one of the best examples of very good cooperation and coordination among all the agencies and you look at the large number of successes that we have had over the past two years. Though, the losses are very high in this incident.

Was this a case of a lack of intelligence sharing among various agencies?

Intelligence is being shared among all the agencies. Coordination among all agencies, including army, J&K Police and CRPF, is excellent. There is no question of intelligence not being shared.

Didn’t you realise that the movement of such a large convoy was its­elf a security threat?

Convoy is a regular feature. In a place like J&K, during winter and the monsoons and sometimes due to law and order situation, there are days when convoys are not able to operate. Therefore, there is an accu­mulation of the number of personnel who have to be taken for dut­ies and such convoys are not unusual. Even on February 4, we had a convoy movement of the same number. For another ten days, there was no movement of CRPF personnel. So there was a large convoy on February 14, the day of the attack. The bus which was attacked was number five from the front. So the number of people in the convoy is not actually an issue.

Did the CRPF follow the SOPs with regard to convoy movement? Do you think if the routes were well-sanitised, this attack would have been avoided?

The conventional threat was there even from IEDs or from an ambu­­sh or stand-alone terrorist, so the routes had been sanitised properly. The road opening party was in position. In fact, one of our jawans, who was the part of the road opening party, was just positioned right where the blast took place. He also died in the same blast. So, as per our SOPs, we had taken all precautions for this convoy.  As I said, this was a new kind of a threat. This was a case where civilian vehicles were moving with the convoy and one of the vehicles just came close to the bus and detonated. It was a suicide car-bomb attack. So, to say that the road was not sanitised is not correct. It’s just that we do not stop civilian traffic while the convoy was on the move.

So was it a mistake to allow civilian traffic as a matter of practice to move with the convoy?

“We use minimal force...We operate under the parameters of law. We are a professional force.”

It’s not a question of mistake. This is what customarily done. Now that this threat has emerged, we will redo the way we work out things. We will work with the army as well as J&K police to find out new systems where we can minimise such threats. We will come up with different solutions as to what best we can do because after all it’s a highway. We are alre­ady putting methods in place. The next day after the attack there was a convoy.  Then there was a convoy the day after. So convoys are going as they are a necessity.

You should appreciate that every day jawans are going from one area to another area. Senior officers are moving from one place to another. It was a suicide car-bomb attack which can target anybody, so just focusing on the convoy is incorrect. I travelled almost 100 km by road in Kashmir after the attack. My officers are travelling every day. Suicide car-bombs can target us also. We can’t stop traffic everywhere all the time. You have to also understand what kind of professional risks are involved in the kind of security situations that are there in J&K.

Civilian vehicles are not allowed when army convoys move. Why are SOPs for army convoys different from that of CRPF?

There are allegations of excesses by para-military forces in Kashmir. Your response?

You would rarely find a complaint against the CRPF. You have seen our restraint in so many situations in the past. We use minimal force even though there is very serious stone-pelting against us. We operate under the parameters of law. We are a professional force. In fact, CRPF has been running a helpline called ‘madadgar’ for Kashmiri people for the past year-and-a-half year and till now we have rece­ived almost 35,000 calls for different kinds of information and help.