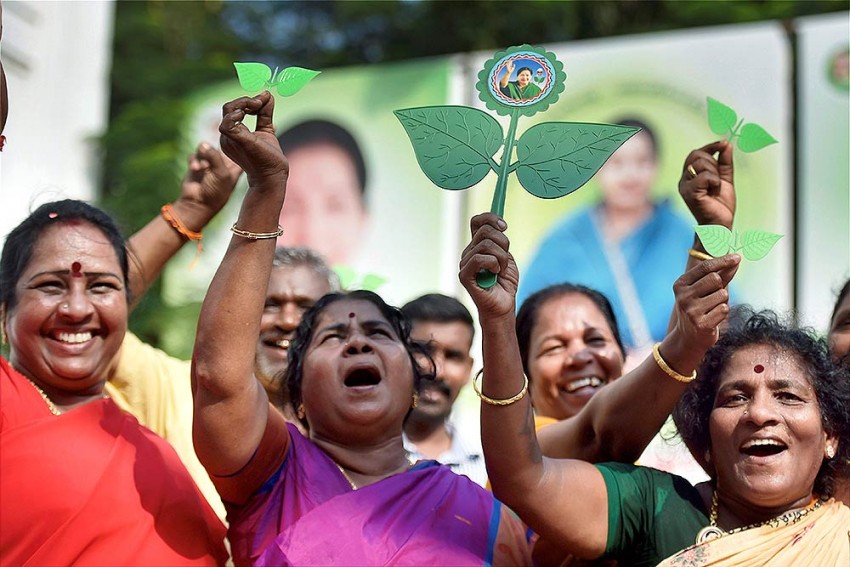 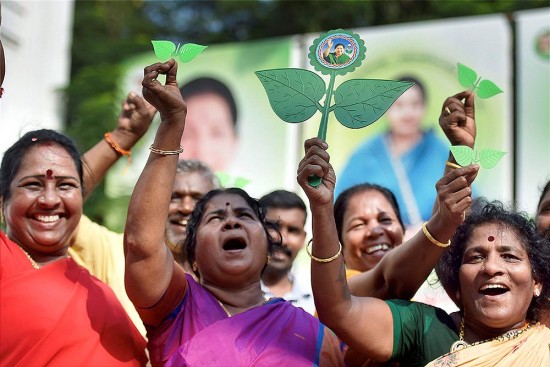 In Tamil Nadu’s votes-for-cash industry, R.K. Nagar serves as the best address. Its 2.19 lakh voters had almost a windfall last April during the run-up to the bypoll to the seat in North Chennai that chief minister J. Jayalalitha had occupied. But the Election Commission (EC) stopped the race, citing the huge play of money and a possible match-fixing. Now that the EC has fixed December 21 for electing its MLA, RK Nagar is bustling with political activity and eager expectations.

This April, the race to fill Jayalalitha’s seat threw up a veritable three-cornered fight amongst the Dravida Munnetra Kazhagam (DMK) and the two factions of the AIADMK. The current picture is similar, but the players have switched sides. Then the AIADMK had split and the party’s Two Leaves symbol had been frozen. T.T.V. Dhinakaran, who was aiming to become an MLA and CM, was contesting on the ‘Hat’ symbol and had the ruling dispensation headed by CM Edappadi K. Palanisami behind him. Faced with resentment towards his aunt V.K. Sasikala, TTV was trailing behind E. Madhusoodhanan of the OPS faction contesting under the ‘Lamp-post’ symbol, which vaguely resembled the familiar ‘Two Leaves’.

With less than a week to go for the poll, the EC cancelled it after complaints of large-scale money distribution by the Dhinakaran camp. To buttress the charge, an Income Tax raid on the residence and MLA hostel room of health minister C. Vijayabaskar produced a printed list of ruling party politicians who would distribute Rs 89 crore of cash. It even had the CM’s name indicating the rot that had set in Tamil Nadu’s corrupt electoral system.

The December bypoll will still determine the fate of the AIADMK, though the political equations have changed. EPS and OPS have joined hands and retrieved the ‘Two Leaves’ symbol. They want to teach Dhinakaran a lesson for spoiling their merger party and walking away with 18 MLAs. “This byelection is our best chance to finish off the political ambitions of Sasikala and her family,” says finance minister D. Jayakumar.

Dhinakaran, 53, has declared that he would contest again from R.K. Nagar, doffing the same ‘Hat’ symbol if he gets it. He has claimed that the candidate was more important than the symbol. “Even if he polls one vote more than the official AIADMK candidate, TTV is confident of wresting the AIADMK’s support base from the present rulers,” explains political commentator Ravindran Duraiswamy. “But the moment he is seen as challenging the ‘Two Leaves’ symbol, the AIADMK voters would have second thoughts about voting for him—especially when the DMK is pitted against it.”

Dhinakaran, though, is counting on the acrimony within the ruling faction, hoping that the sidelined supporters of OPS would lend him indirect support. “Many disgruntled functionaries, peeved by Jayakumar’s attempt to foist his candidate, are already talking to us about transferring the votes of their traditional supporters,” says Dhinakaran’s campaign manager P. Vetrivel. But in the light of the recent I-T raids, it might be difficult for TTV to match the spending power of the rival faction.

An enthused DMK is hoping that Dhinakaran’s presence in the fray will increase its winning chances. “Since TTV’s intent is to defeat or at least undermine the AIADMK nominee rather than win the bypoll, our prospects have only become brighter,” says DMK legislator Sekar Babu.

The EC does not want a repeat of April and has imposed a set of clampdowns. It will be the most strictly monitored byelection ever, aver poll officials. Yet the voters are hoping that the promised money would finally reach their pockets in time for the Christmas and New Year celebrations.